The Destructiveness of the Covid-19 Shutdown.

Unforeseen Contingencies' own Charles N. Steele in The College Fix and The Federalist!

Perhaps the Covid-19 threat is so great that the shutdown is warranted.  I don't know, and the epidemiologists don't seem to either.  Perhaps it is necessary, but I do know that it is destructive.  And so are the the completely unnecessary implicit price controls and threats of prosecuting price "gouging."  I've already addressed price controls here (Detroit News) and here (Economists' Petition).

The Detroit News piece attracted some attention, and College Fix reporter Brianna Kraemer interviewed me for nicely done piece on the subject.  A few of my lines:

"Not letting prices rise is destructive and wasteful. For government officials to begin investigating firms for ‘charging too much’ is pernicious. It’s socially harmful. It hurts consumers...People are already upset by the threat of coronavirus. Now we add to that shortages and economic chaos...Our perverse dislike of free markets, the one thing that could help reduce the chaos, leads us to restrict them even more. Government pursuit of 'price gouging' and calls for price controls are helping to make a bad situation much, much worse."

But even worse will be the economic effects of the shutdown.  I'll not go into detail, but people without paychecks and firms without cash flow cannot survive long; the longer this goes, the more will suffer financial ruin.  Restarting the economy won't be easy, and the political ramifications will be very dangerous.

I cover this in a piece published today by The Federalist.

Greetings, beloved Readers!  (I still find it surprising we have readers, but I have been receiving feedback that proves it is so.)  By popular demand (i.e. one request), I've been posting HET (History of Economic Thought) videos here.  I don't really like this, and might start relegating them to my YouTube channel.  If I do this, I'll have a link in the blogroll.

The Covid-19/Wuhan Flu/Communist Chinese Fever shutdown is changing things immensely.  This disease and the consequent panic and shutdown are true unforeseen contingencies.  Whether something is an unforeseen contingency is contingent upon one's expectations, but I've not heard of anyone who was expecting this.  The reactions of governments is extremely interesting.  Wise? Panicked? Opportunistic? Combinations of these?  The opinions of the epidemiology experts I've read diverge so wildly -- from this is nothing to this is the end of the world -- that they make Mises and Keynes look like co-authors.

We'll comment on that soon.  For now, stay well and stay positive!

Open letter to politicians and bureaucrats everywhere: Stop the anti-market stupidity!  Set prices free and stop the investigations and threats of prosecution for price gouging!  You are creating shortages and you're going to kill people!

I'll be posting more on this, but here's a petition I just signed.  I included a lengthy comment directed at the power-mad fools in government who think they can run an economy better than free people trading in an unrestricted market can.

Economists’ Petition: Repeal the Anti-Price Gouging Laws To Ensure Our Health and Safety During this Coronavirus Epidemic

Wow!!! History of Economic Thought!  A favorite subject of the entire staff on Unforeseen Contingencies!  Learn and enjoy!

Another viral video!  This one introduces what we'll be doing next in my History of Economic Thought course in the coming week, and also contains a bit of advice from one of my former students.  Enjoy!

In a followup to this morning's post on the op-ed I co-signed on why prices should be allowed to rise, published in Detroit News, here's a video I made for my students.  I'm hoping it goes viral.

How to get the current wave of panic buying under control?  Well, a great start would be to let prices respond freely to the increase in demand.  Higher prices will encourage conservation and more careful use, and even better, they'll stimulate increased production.  One of my colleagues, Dr. Chris Martin, drafted an excellent letter that I and several other colleagues signed.  It's now in the Detroit News!  Read and enjoy!

Note: in keeping with our DiLorenzo redaction rule, please close your eyes when you get to the parts identifying my affiliation.

Happy π Day!  The entire staff of Unforeseen Contingencies wishes all our readers (all 3.14159 etc. of them) the happiest of Pi Days and hope your day has been full of running and pie.  It is believed that π wards off Covid-19, as do running and pie.  So dose yourself heavily with all three and stay safe and well.

We will have an exclusive Unforeseen Contingencies special on Covid-19 shortly. 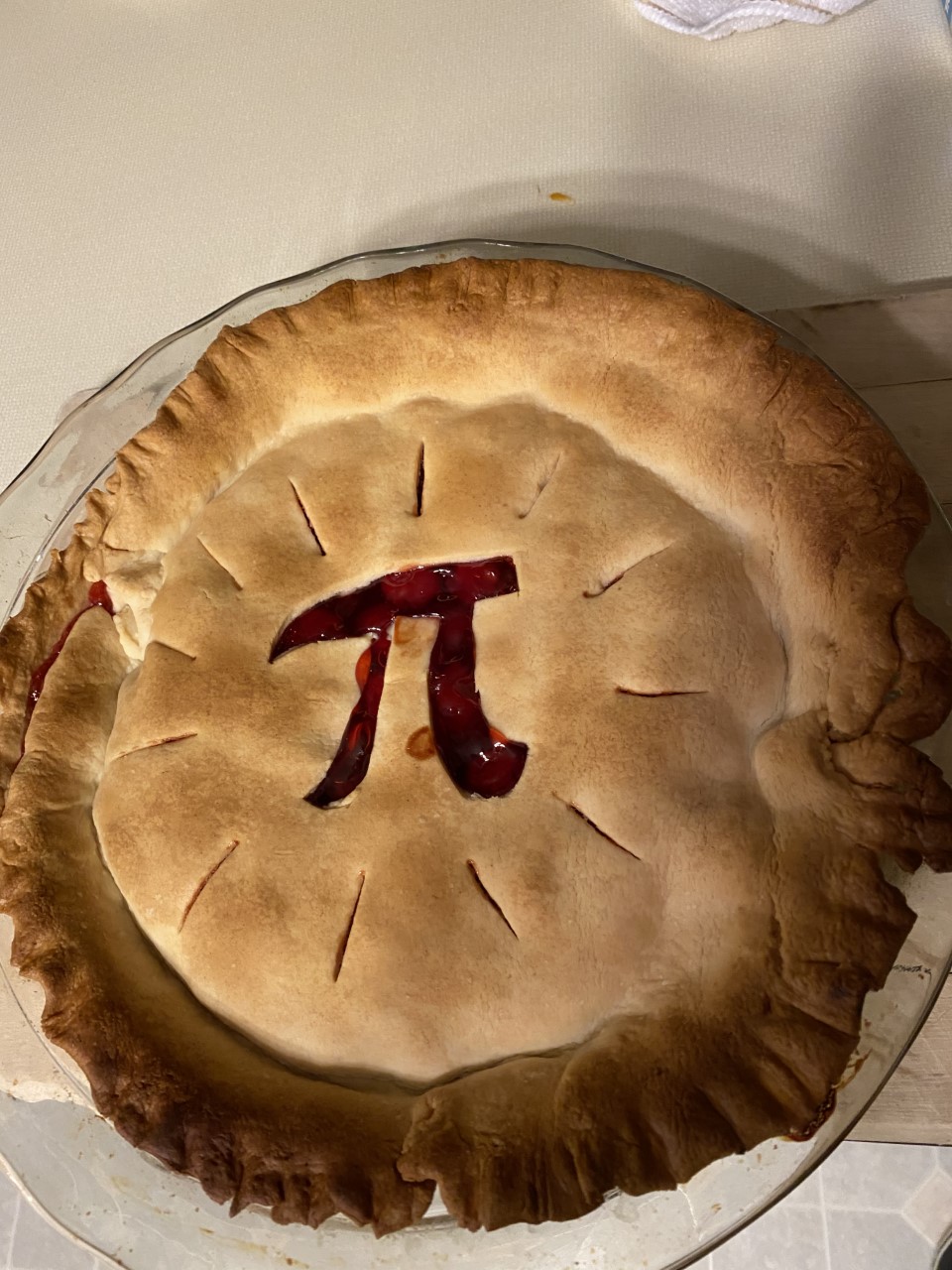 "We" at Unforeseen Contingencies have not endorsed any politicians for a while, but now that "Super Tuesday" is behind us and the Democrat field narrowing, the time is right for us to endorse our choice for the Democrat candidate for President.  It is... [drum roll]...

...our very own commander, chief blogger, and bottle-washer, Charles N. Steele!  This may come as a surprise to readers, but our case is airtight.  Consider:

2. Now that Buttgig, Rosa Klebbuchar, Little Mike, and Pocahontas are out, there are only three other remaining candidates: two geriatrics who appear to be on their last legs, and Tulsi Gabbard.  Comrade Sanders appears to be on the verge of another heart attack.  Crazy Uncle Joe Biden is way off the deep end mentally -- whether it is the effects of aging or simply that he's always been like this is unclear, but he's not in good shape.  Neither of them is up to the rigors of a long, hard campaign.  They'll be out soon.  That leaves Tulsi Gabbard...

3. This is where it gets exciting.  Steele is only one delegate behind Gabbard!  It's zero to one.  That's such a tiny gap as to be meaningless.  And Steele hasn't even begun to campaign!

4. What about the obvious objection that Steele is not a member of the Democrat Party?  Well, that didn't disqualify Sanders or Bloomberg, so it sure won't stop Steele!

5. Qualifications?  Heck, yes, we're qualified!  First, unlike some candidates of recent times, we can actually almost prove we were probably born in the United States, most likely, and are American citizens by birth, very possibly.  We can also show we have substantial Russian, Ukrainian, and Chinese connections, which appears to be a required qualification these days.  And we can show we don't have any felony convictions and aren't and never were members of any organization that stands for the violent overthrow of the United States (wait, is that a requirement?)

6. Platform...yes, we have a wonderful platform, one sure to appeal to the Democrat base.  FREE STUFF!  That's what the Dems are all about these days, isn't it?  So we promise... free speech!  free press!  thinking and religious belief and practice?  absolutely free!  free enterprise!  free movement!  free kittens!  (We don't actually have any kittens yet, but we'll get some to distribute by inauguration time.)

7. But do we have a path to the nomination?  Yes! once Sanders and Biden are out, we will challenge Gabbard to a pushup contest.  She's actually pretty good, but we're better and will humiliate her publicly.  All delegates previously committed to Biden will switch to us, since pushup prowess is one of the features that most attracts them.  And Sanders supporters, like Sanders, believe no woman can be president, so we'll already have them in the bag.  This will not be a brokered convention, we'll win on the first round and unite the party! And then, on to November!

"Are you serious?" asks the reader who has made it this far.  We answer "yes, of course!"  As evidence of our commitment, note how quickly we switched into the third person plural to refer to ourselves a few points back, a sure sign of sufficient hubris to run!  Dream big! Join us in our vision! 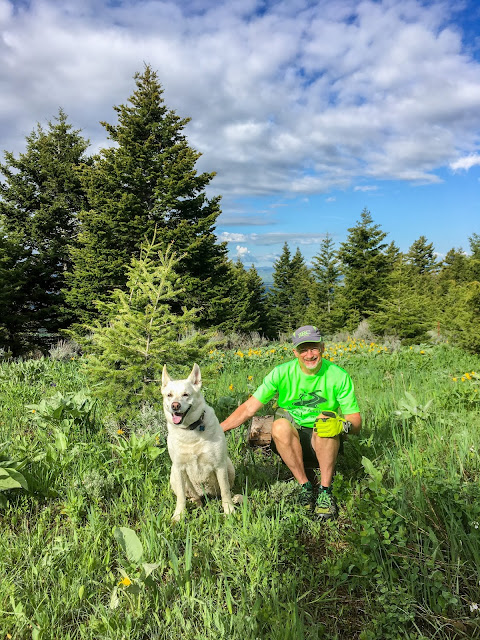 Well, well, well... It appears the Communist is not doing so well.  Crazy Uncle Joe Biden is doing much better than "experts" projected.  I've said several times here that the Democrat establishment would get behind Biden, and also have been saying this in comments on Victory Girls and Powerline.  Shortly before Stupor Tuesday Peter Buttgig and Rosa Klebbuchar both dropped out and endorsed Biden -- I've heard Barack Obama called 'gig to urge him to quit, and I imagine BHO or someone else in the party said the same to Klebb.  Crazy Joe also snagged the Beto endorsement, apparently by promising to make him Confiscation Czar.  (Come and take it, Beto!)  Steyer dropped out, too, but I don't think anyone noticed or cared.

Massachusetts is telling.  Pocahontas is having a bad time of it... she's in third place in her home state, which "experts" were predicting would go to Sanders.  It appears the dead voters of Boston (or maybe Chicago) outnumber the voters of Antifa, because Biden is well ahead of Sanders, who is well ahead of Po.

It looks like Comrade Sanders now will get to run from behind, for the nomination of a party that is against him and that plays very, very dirty.  Удачи, товарищ!  I hope for the worst for Comrade Sanders.

Last week I had the opportunity to hear a speaker here at [redacted] who is a refugee from Maduro's Venezuela, and just tonight two former citizens of the P.R. China.  All three of them condemned Bernie Sanders in the harshest terms; all three said he is obviously a Communist and should never, ever be allowed to have power.  And all are adamant that we Americans retain our firearms if we expect to avoid the totalitarian systems they've escaped.