Television!  With thanks to Cody Boyer and KBZK.

To the Moon and Beyond 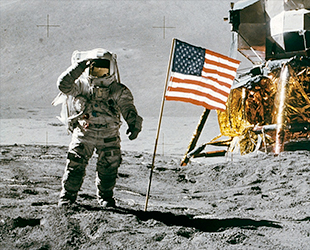 Fifty years ago today two American astronauts set foot on the Moon, the first time humans had traveled to a celestial body.  This was, and is, an astonishing achievement, a great accomplishment.  We humans go where we wish, we shape our environment, we define our limits.  We imagine, we dream... and then we learn, plan, and make the dreams we imagine come true.  This is not an unbounded power, we do have limits, but we don't take them as given and we can work to expand them.

Our future really does lie in space.  We are a restless, moving, expanding species, and our home is where we make it.  We are now taking steps to make space our home, fifty years after the success of Apollo 11.  Future generations will look back on this decade as the time in which humans truly became space faring and began our extra-terrestrial economy, making space our home.  Fifty years late, perhaps, but it is time.

Heartland's Edward Hudgins has an excellent piece in today's Washington Examiner that summarizes the meaning of the landing.  We don't need more government control, we don't need to reduce our expectations, we don't need to live in poverty and fear of Malthusian limits. We need freedom, vision, and the stars.

Space: where no bureaucracy has gone before...and let's keep it that way! 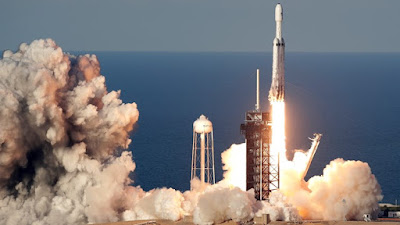 Ross Hatley and I have a timely op-ed in today's Washington Examiner outlining the need for an institutional framework for the space economy.  Needed: private, well-protected property rights and vibrant market system for trading them.  Unlike what some anarcho-capitalists seem to imagine, this requires a set of rules, an institutional framework.  Unlike what progressives and socialists imagine, a decentralized free market, not central planning, is what is needed for humanity to thrive, in space and on Earth.

My friend, hunting partner, and erstwhile housemate, Dr. H. Sterling Burnett, has a great piece in American Spectator exposing the MSM's dishonesty on climate.  I recommend it highly.

As Sterling puts it, "Because the mainstream media has abandoned objectivity in favor of cheerleading for more powerful, intrusive government and uncritical acceptance of the unproven science of climate change, it’s no surprise that public opinion polls show the only professions consistently falling below journalists when people are asked to rank professions on their trustworthiness or ethical standards are politicians and used-car salespeople."

Frankly, the public is wrong.  Used car salesmen and women are far above  contemporary politicians and journalists in honesty.

"Send her back!" Hahahahaha! 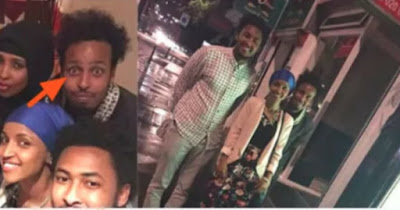 I love that chant!

A number of people are aghast (or pretend to be, more likely), but this was a simply a group of Americans voicing their displeasure at a nasty, vile, detestable immigrant who hates America, the country that took her in, and is trying to destroy it.

Critics claim to be outraged, but none of them seems to recall that when she was Secretary of State Hilliary Clinton claimed she could unilaterally strip Americans of their citizenship. There was remarkably little complaint then, yet she was actually making a threat directed at political opponents.

Conversely, President Trump simply asked the America-hating Girl Socialist Squad to go away...and come back after they showed they knew how to fix third world hellholes.  Outrage ensues.  "How dare he!"

I understand that Hilliary was wrong and there’s no legal basis for deporting the girl scoundrels, but “send her back” is hilarious and I share the sentiment.

The truth about the Girl Socialist Squad "We" at Unforeseen Contingencies fully endorse President Trump's call for Reps. Ocasio-Cortez, Omar, Tlaib, and Pressley to leave America, since they hate it so much.  That makes a great deal of sense.  All four of them oppose America and the principles on which America was founded, and propose fundamental changes that would destroy the country.  It would make sense for them to simply go to another country since they claim America is so bad.

Trump's opponents are trying to claim his comments to the Girl Socialist Squad are racist.  That makes no sense.  He picked these idiots out because of  their vile positions, not their races.  Consider:


This is quite a bunch.  The Trump administration just held a conference (today) on how to combat the rising anti-Semitism in the U.S. and around the world, a rise driven by the left and Islam.  It's incredibly stupid for the Dems in the House to condemn Trump for racism.  (When I use "incredible" I always mean it literally.)  Their own Girl Socialists (the "Hamas Caucus," as Don Trump Jr. has pegged them) are the real racists and mindless haters of people for being different than they are.  Yes, they should leave, we'd all be better off.

Of course, despite their hatred for things American, they love it here.  They have a great lifestyle and freedom and they are empowered in ways they'd never have anywhere else -- and it's this power, over others, that really drives them.  That's why they must be condemned and defeated.  They are enemies of America.  Let them have it, Mr. Trump!

Photo: Victims trapped in World Trade Center on 9/11/2001 because "some people did something."

A short story... for Ilhan

A short short, in fact.  It's been quite a while since I've written any fiction, and I've never posted fiction on Unforeseen Contingencies before.  ("Our" imagined readers collectively gasp "what?  this isn't all fiction?")  But Victory Girl Darlene Click does a weekly "Friday Fiction: 100 Word Challenge," and this week's prompt is an intriguing quotation from Cato the Elder:

“After I’m dead I’d rather have people ask why I have no monument than why I have one.”

My entry.  I dedicate it to Rep. Ilhan Omar and BDS:

There'd be no monuments, he knew. He had failed. Yes, he had come close, so many had fallen in behind him. And there were successes.  But in the end, he'd not purged the scourge. They remained. He'd failed and would be hated. No monuments.
But neither would he be forgotten. He knew that others, in the future, would understand, and resume his struggle.  No monuments, but he would be remembered.  They would follow.
He could hear Zhukov's men outside. He moved next to Eva's body and raised the barrel to his lips...

America is the first country, and really the only country, founded on the principle of individual natural rights.  It is founded on the concept that government exists to serve the people, and therefore defends and promotes individual liberty.  Government is a mere means for protecting our rights, and nothing else.  Contrast that with the idea that government is an end in itself, or a vehicle for serving the purposes of those who hold power, and the people must be subservient.  Or compare to the idea that government is the fount of everything -- that it is to provide everything to the people (and they'll have to be satisfied with whatever the leaders deign to give them).  Individual liberty is the bedrock of modern civilization.  The 4th of July is Liberty Day.  It's the most hopeful thing that a nation can be conceived in liberty.  Regardless of who you are, any place, any time, this is something to celebrate.

There are two fundamental and diametrically opposed positions in political philosophy, liberty and totalitarianism.  Liberty holds that each individual is sovereign, that each of us ought to be free to run our own lives and make our own decisions.  Government -- the "state"-- exists only to promote this.  Totalitarianism puts "the state," which is really some elite, in charge, and everyone else is reduced to pawns, to building material for the elite's grand schemes.  Under Liberty, people are ends.  Under totalitarianism, people are means. 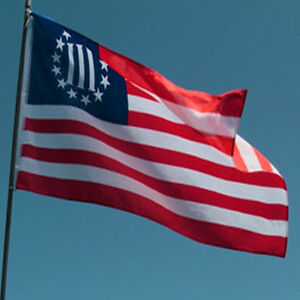 Individual liberty gives rise to the most productive and powerful economy possible: capitalism.  Capitalism -- the *free* market -- is the greatest, most beneficent "invention" in human history and has built modern civilization.  Individual rights and capitalism do nothing for those who would rule, hence the creation of socialism, the totalitarian pseudo-alternative, in all its various tyrannical forms: Nazism, fascism, Marxism, Chavezism, Bernie-ism, etc.  It doesn't work and all socialism can do is tear down civilization.

As things stand today, The United States of America are the bulwark against socialism, statism, and tyranny, the fortress from which individual freedom is defended and will be expanded.  The U.S. are currently under attack, particularly from infiltrators, but they will prevail.  Our enemies who hate us and would destroy us -- America's left, Islamists, Chinese and Russian tyrants, the"international community," and other statists -- may have strong tactical positions, but are ultimately doomed by the inconsistencies and failures of their ideologies.

Robert Vincent has written an excellent piece on American Thinker explaining what the enemies of America and individual liberty are up to.  If America were to go down, liberty would be lost.  And when America triumphs, as it will, Liberty triumphs as well.  Be ready for the fray.  The Fourth of July commemorates the founding of the most moral country in the world. "We" at Unforeseen Contingencies celebrate that, and urge all of our readers (we have readers after google shadow-banned us???) to join in the celebration, and also join us in vowing that we'll never let the totalitarians rule.