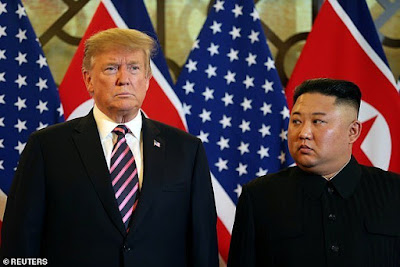 Trump, like Nixon, might be hastening one of the most astonishing transformations of recent times.  The effects of Nixon's unprecedented 1972 weren't immediate, but fast.  The opening of previously entirely-closed-to-contact-with-the-West communist China resulted in China's transition to a market economy beginning in 1978, and -- in terms of sheer numbers -- the greatest lifting of human beings out of abject poverty in history.  It is very possible that Trump's Viet Nam summit with Kim Jong-un could do the same.

Trump left without an agreement, and leftists are mocking this as a failure.  But as I commented on Victory Girls, the critics are imbecilic.  WaPo, for example, mocked Trump for claiming to be a great negotiator but failing to come away with a deal. How strange. One succeeds in a negotiation by driving a hard bargain and being willing to walk away. Go into a car dealer ship convinced you must leave with a car, and the dealer has you; in a negotiation, you must be willing to say "no deal" walk away empty handed (hence not empty pocketbook) or you will be devoured.

Barack Obama showed us where the “get a deal at any cost” approach leads — so desperate to get a deal, any deal, with the Iranian dictatorship he surrendered hundreds of billions of dollars to them they used for funding terrorism and offensive wars, and in return received a poorly monitored nuclear semi-ban that expires in ten years. That’s what not being willing to walk away from the table gets you.

So first of all, if Trump wishes to drive a hard bargain and win denuclearization, he must walk away.  Good.  But there's another factor at least as important.  Trump pointed out that "communist" Viet Nam is now thriving economically, having gone through something similar to P.R. China.  He has told Kim "this is what you could be."  This is what happened when China began to open to the rest of the world because of Nixon's visit; they saw that Chinese societies could thrive, while China itself was desperately poor... but other Chinese societies thrived because they had a very different economic system.  Steven Cheung explains in his 1986 "Will China go Capitalist?"  (Amazon advertises this at a whopping 869.56 USD.  I'll sell you a paper version for 10 USD, but with a little search effort you can find in online for free.)

Trump tweeted “Vietnam is thriving like few places on earth. North Korea would be the same, and very quickly, if it would denuclearize. The potential is AWESOME, a great opportunity, like almost none other in history, for my friend Kim Jong Un. We will know fairly soon – Very Interesting!”

Trump turned around and left...Kim with nothing...except a vision of what could be if he comes around.  The ball is in Kim's court.

Integrity of the Democrat Party 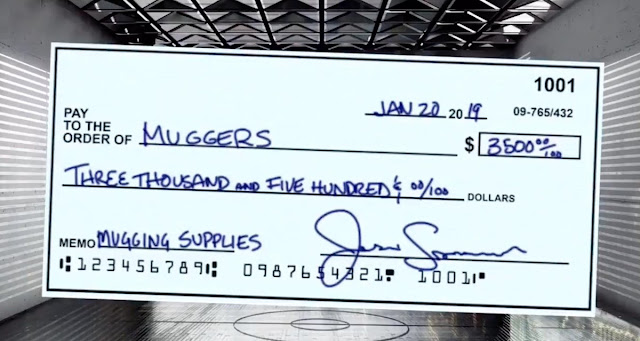 The Face of the Democrat Party 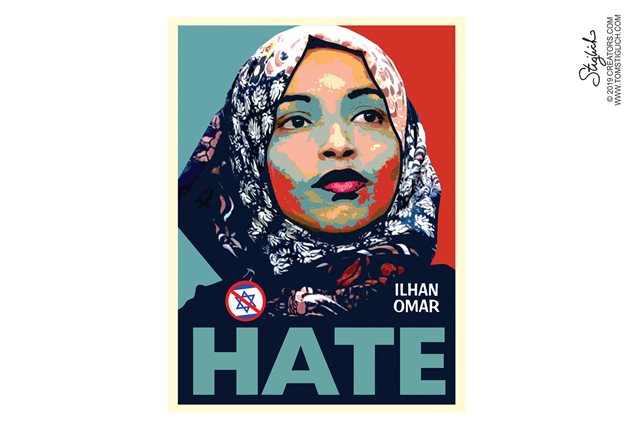 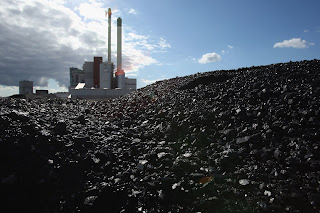 The Midwestern U.S. just suffered a "polar vortex."*  Here in [Dilorenzo Rule redaction] Michigan, the high temperature was minus 13F (minus 25C), and this was one of the warmer places.  Michigan's demand for energy for heating peaked... and wind power collapsed.  Fortunately, coal, natural gas, and nuclear don't depend on weather conditions.  Ninety seven percent (97%) of Michigan's electricity came from these "non-green" sources during the cold snap.

In Illinois, power from nuclear reactors hit a record high.

*"We" at Unforeseen Contingencies put "polar vortex" in quotation marks because our drama detectors register very high numbers when we encounter this term.  It smacks of the same pseudo-scientific pedigree as "windchill."

Photo: Coal stockpiled by a generating plant.  This saved lives.

Recently, I received a request from Janet Yellen, chair of the Climate Leadership Council, to sign the “Economists’ Statement on Carbon Dividends.”

I won’t sign and have previously explained why.  An expanded version recently appeared in Real Clear Energy.  Please read, as it makes my case a little more clearly, and will help make the rest of this post intelligible.

One of my former students read it, and while he concurred, he asked me if I would sign if the statement if the tax had been calculated differently, i.e. according to the modeling of Lemoine and Rudik.  That's a great question, and my "maybe" response brought a "we're surprised" response from two other students.  I post my answers here because I think they might be of interest to anyone who is thoughtful and interested in the climate change issue.

[REDACTED] writes: Question about your article - had the tax been better calculated, would you have signed?
Steele responds: I would reconsider. I considered this one until I read the proposal itself.
I am hesitant to sign petitions regardless; but if they had endorsed the L&R approach I might sign. It's not so much exact numbers as it is the approach; and I really disagree with the "precautionary principle" idea... These "climate plans" are not benefit-cost responses to what science tells us, these are responses to worst case scenarios, which have been further exaggerated by some for ulterior motives.
I think "Economists' Plan" is attempt to head off Green New Deal and similar socialist Trojan horses; I have some respect for that.  But there are two fronts on which the socialists must be confronted. Not simply their bad "solution," but also the fabricated immediate urgency. Both are extremely costly.  There's a very good book on precautionary principle (pp) by Cass Sunstein, "Laws of Fear." He entirely destroys pp as a coherent guide to anything rational, it's just a panic inducer.
But let's agree that climate change is a serious threat and accept the mid-range, non outlier estimates of the potential damage.  The L&R approach is likely better than L&R calculate, because it also allows time to 1) develop carbon removal technology, which they note but don't count, 2) translate greater wealth into greater resilience, reducing harm, and 3) perfect carbon-free tech that *actually works.*
Furthermore, as you know, I argue that the space economy will grow explosively.  In less than 100 years outer space is where we'll do manufacturing that has negative terrestrial side effects... *IF* we can prevent the "comrades" from shutting down world's economy and turning us into Venezuela.
So yes, I would probably sign.  (Note L&R is projected to cost anywhere from 1/10 to 1/100th what Climate Council's plan would cost.)

Two other students expressed a bit of surprise that I would contemplate a carbon tax, given that I'm a libertarian.  How does that follow?  Good question.  Here's my response.

Since I've shocked both of you by suggesting I could conceivably support a carbon tax policy, let me clarify.  An effective Pigovian carbon tax would solve the climate problem by making users of fossil fuel take into account the effects of use on climate.  The Climate Council’s proposal (the proposal I wouldn’t sign) uses a fairly standard economic result to try to calculate the tax that would accomplish this while inflicting the least collateral damage on people (on “the economy,” but let’s remember that means people, especially the less prosperous who are less able to cope with rising prices).

Economists, including the Climate Council, have calculated the tax according to the maximum amount of excess greenhouse gasses that can be put into the atmosphere w/o raising average temp above, say, 2C.  A recent paper by two economists (Lemoine & Rudik, American Economic Review, Nov. 2017) shows there’s a conceptual error in this.  For technical reasons I’ll skip here, if one instead designs the tax according to temperature instead of carbon stock, we find that the optimal tax costs 1/10 or less what the Climate Council recommends.  That is, the Council's proposed tax is at least ten times too high.  Given that standard calculations of the effects of global warming are that it could cost a percentage point of GDP growth by 2100, the Lemoine & Rudik tax is quite inexpensive in comparison.  To emphasize, it gets the identical result in terms of cutting carbon emissions, but at 1/10 of the cost.

Of course, what China and India do matters much more, but I’m staking out reasonable ground here.  I strongly dislike taxes (especially Pigovian taxes) and think there might be other solutions, but if someone points out that a few pennies of tax can save a dollar of damage, they certainly have a reasonable case.

The backdrop for all of this is that in the past week I've had three separate radio interviews and two op-eds in national publications, all on climate change.

Chief blogger and bottlewasher for Unforeseen Contingencies Charles N. Steele has been busy of late.  "We'll" try to cover his activities, but a few are likely to slip through the cracks of our attention.  But not to be missed, Steele is now officially registered for this year's "Woodstock Hallucination 100 Mile Race" in the vicinity of Hell Creek Ranch, Pinckney MI, Sept. 6-7.

So far my training is going well.  I've ramped up my mileage, long runs are starting to seem easy, and I'm feeling good.  I've also been working on leg conditioning which was shamefully poor.  Squats and lunges are just what the doctor ordered.  I'd had "knee" pain (actually pain in the tendons connecting to the knee area) and that's vanishing.

Most of my training has been in adverse conditions for fast running (deep snow, ice, high winds), so I've been emphasizing slow distance... very slow.  That's probably been a boon.  Rack up the miles now.  Spring and summer are for speed.

State of the Union -- AWESOME!

I loved President Trump's speech.  I loved the emphasis on freedom and individual liberty, his refusal to mince words on things that need opposing, and his repeated calls for burying the hatchet.  It was magnificent, positive, and rational.  I also loved that he spoke so directly against socialism and vowed we'll never let it be imposed here.

His speech was also positive and upbeat in a way Obama never could pull off.  At times he even had Democrats laughing and dancing (all except cranky old Comrade Bernie, who constantly looked like a constipated cow about to have a seizure).

It would be remarkable if Democrats and Republicans actually followed Trump's lead, and realized that within reach is a safer, freer, more prosperous, more faithful, happier America.  As it is, I fear they won't, and we'll all be challenged ahead "to save our civilization from tyranny."