To properly read Unforeseen Contingencies you should download and use the Google Chrome browser. I've been using it for a few months now, and am quite happy with it. The download is free of charge. For most purposes it seems to outperform my previous favorite, Firefox (which I still use as well).

Yes, yes, I know, Microsoft warns that there's a privacy issue... when you use it, your browsing info is sent to Google (instead of Microsoft). 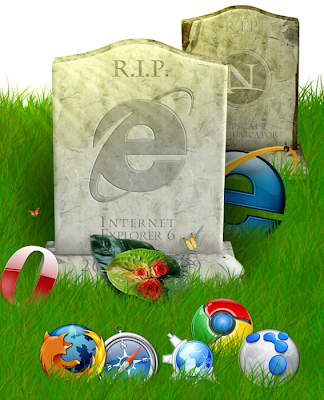 "Change" we can believe in!

While the establishment praise and accolades continue to accumulate for President Obama for his noble words, is anyone paying attention to what he's actually doing?

Devex is. From its 15 October 2009 "Global Development Briefing:"

'We are very disgruntled with President Obama. He has given the regime the green light to do what it wants with the Egyptian people.'

-- Kamal al-Fayoumi, a labor leader who was jailed by the Egyptian government for launching a major strike last year, in an interview with the Washington Post. Four months after the US president delivered an address from Cairo in which he voiced American commitment to human rights and the rule of law, concern is mounting among Egypt's pro-reform activists that the US is abandoning its long-standing efforts to bring democratic reforms to the Arab world's most populous nation. "His reduced talk of democracy is giving these non-democratic regimes the security that they won't face pressure. And that's having a negative impact on democracy in the Arab world," said Ayman Nour, a prominent opposition politician. According to the daily, US pressure for democratic reforms in Egypt, once effective, waned in the final years of the Bush administration. But critics charge that the pressure has significantly eased at ahead of the presidential election is set for 2011, the Post says. Speculation is rife that incumbent Hosni Mubarak, 81, will anoint son Gamal as his successor before the election, raising fears that the regime will undemocratically extend its 28-year-old rule. The clearest indication yet of the US shift is the funding cuts, activists say. Last year, the United States allocated USD 54.8 million for democracy programs, of which USD 27.85 million went to civil society programs, the nexus of grass-roots activism for democracy. This year, the funding has shrunk to USD 20 million, of which USD 5 million went to civil society groups. Obama has met with Mubarak three times, reestablishing Egypt's position as a key strategic ally in the Arab world. This marks a significant departure from the Bush administration, during which tensions between Washington and Cairo raged over US policies in the Middle East, the 2003 invasion of Iraq and American criticism of Egypt's political and human rights record."

How about that? Obama is actually measurably worse for freedom and democracy than George W. Bush was...and actually seems to be on the side of a dictator.

How long before his flacks in the media, Norwegian Parliament, and elsewhere wise up? I wouldn't count on it ever happening.

At least now we can see why the Saudis were so quick to give Obama their highest honor, and why Hugo Chavez seems to like him.

(Note: you can subscribe to the weekly "Global Development Briefing" at no charge by going to Devex. Highly recommended! 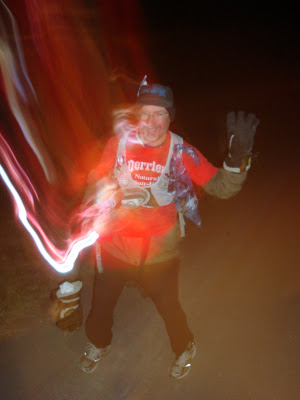 No, it is I, your friendly host at Unforeseen Contingencies crossing the finish line of the 28th annual Le Grizz 50 Mile Race, 10 October 2009. Despite what the photo might suggest, I was not running so fast that I set fire to the asphalt (most of the course is dirt & gravel, anyway).

For readers' (?) viewing pleasure, I'll try to get a few photos of the course up -- it's much more photogenic than I seem to be.

(Left click on the photo for an expanded view...if you dare!)

Uh, actually, what's so funny about this? These tell a sordid tale, and are more on-target than almost any news analysis. Note that Goldman Sachs is about to announce record bonuses because of record "profits," and other "too big too fail" banks are showing similar "profits."

Well, well, well. Might the TARP, TALF, PPIP, etc. and suspension of FASB rules have anything to with these "profits?" Subsidized credit, bailout funds, government purchase of toxic MBS, changes in how "assets" are valued so as to boost balance sheets, and so on constitute sources of "profit?" And might the 2B2F banks' agents in Treasury have anything to do with these gifts from the government (i.e. taxpayers)?

For example, take a look at this Financial Times article on Goldman's deal with CIT. It's GS vs. the taxpayers... and since GS effectively staffs the U.S. Treasury leadership, there's an interesting twist on the Principal-Agent Problem. Officially we'd suppose that Treasury acts of behalf of U.S. citizens. On the other hand, the people running Treasury are all super-wealthy financiers who helped engineer the financial shambles. Quite a dilemma for them to decide who they are there to serve, isn't it?

The plunder of the American taxpayer continues.

Hahahahaha. No, it's not really funny, but I'd rather laugh than cry.

Or govern. Elinor Ostrom and Oliver Williamson have been announced as this year's winners of the Nobel Prize in Economics, and we at Unforeseen Contingencies heartily endorse these choices. Both of them are leading exponents of the New Institutional Economics, a "school" whose rise is the most hopeful development in today's economics.

For quite some time I've thought Williamson should receive the prize, but feared he wouldn't, since Ronald Coase and Douglass North already had for their work in related areas. Still, Williamson was a name I mentioned as a distinct possibility and deserving candidate whenever I was asked about who might be a future winner.

Elinor Ostrom was a pleasant surprise. I would not have predicted her, but I think she's quite deserving as well. I reference work that she and others have done whenever I teach economics of common property - a subject that gets at least a passing mention in more than half the subjects I teach. And as well, she's from Indiana University, home of a number of my colleagues when I taught in Ukraine (some of whom did some work with her). I imagine they are whooping and hollering with joy.

We at Unforeseen Contingencies are too, and we tip our hats in salute to the Swedes for choosing deserving winners!

A quick note from the Flathead Valley, in Montana. I'm happy to report that this past Saturday, 10 October, I managed to complete my ninth Le Grizz Ultramarathon. It was a very long day, owing to my minimalist training. It was a very fun and successful day, thanks to my awesome one-gal support crew, Fran Zelenitz.

The air temperature at race start was 0 degrees F, which caused drinking tubes on hydration packs to freeze solid. I quickly switched to hand bottles, but the valves quickly froze, which meant Fran had to regularly hand me fresh ones. And later on in the day, when I was Perpetuemed-out, she brewed me mugs of hot water on her handy propane stove to get me rehydrated. Thanks to her great support, plus a little help from another friend of ours, I managed to complete the run in pretty decent shape, despite my relative lack of training.

Comments for the Nobel Committee

I suggest my readers express their opinions on the Obama award directly to the Nobel Committee. I usually counsel civility, but in this case it doesn't much matter, I think.

Vegetables for the Norwegians!

A Nobel Peace Prize for Obama? It’s hard to know what to call this. A joke? A fraud? A fix? Certainly the last applies, since Obama was no more reasonable a candidate than, say the staff at Unforeseen Contingencies.

Perhaps no one has said it better than Obama himself: "I do not view it as a recognition of my own accomplishments."

This is wise, since he hasn’t any accomplishments that would qualify him for the prize. His primary contribution to world peace seems to be that he isn’t George W. Bush.

I imagine the Nobel Peace Prize Committee offered him the prize only because the title of Emperor of the Universe wasn’t theirs to offer. Well, we at Unforeseen Contingencies. would like to offer to the Nobel Committee the fine tomato pictured at the right. Please come and receive your prize. (Make sure you’re close enough that we can see the whites of your eyes.)

Update 14 October: The Swedes can't believe it either.