Beaverhead 55K: the best place in the world! 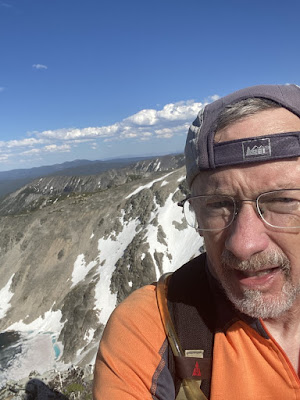 This past Saturday, July 11, I completed the Beaverhead 55K Endurance Race along the Continental Divide on the Montana-Idaho border.  We had perfect conditions on a spectacular course, the race organization and support was masterful, and fellow runners were fun and inspiring.  What a great day!

The 55K race starts at Lemhi Pass on the MT-ID border and runs north on the divide, so as often as not you have your left foot in Idaho and your right in Montana.  Lemhi Pass is 7,373 feet above sea level (2,247 m.).  There are ups and downs, but over the next 28 miles the course climbs to 10,500 feet (3182 m.) and the terrain becomes progressively harder.  When you are finally at wit's end, the course suddently veers off the divide into Idaho, plummeting straight down in the hardest, worst downhill I've ever encountered in a race.  It finishes among the sage brush in range country.  I've definitely done much harder terrain, but only in mountaineering, sheep hunting, and backpacking, never as a race.  It reminded me of taking the hardest parts of the Elkhorn 100K, the Devil's Backbone 50 Miler, and the Ed Anacker Bridger Ridge Run and sticking them together.  Awesome!

The day before the race I drove to Lemhi Pass, where I camped with Stacey Dunn of Elkhorn and Le Grizz fame, her husband and sons, and five other friends of theirs from Polson MT.  I was awake at 5:00 AM, dressed, broke camp, and ate, and was ready for the 7:00 AM start.  The early part of the race is in pine forest; the Continental Divide Trail (CDT) winds through the trees basically on the divide.  I ran with Stacey and several of her friends, plus some other people.  After the first aid station there's a point where the trail turns 180 degrees and heads south for a bit.  I was running alone here, and it was a bit disconcerting because this part of the trail is a bit faint and I wondered if I'd somehow switched to a game trail.  But there were runner tracks and eventually another CDT marker, followed by the pink and yellow ribbons that mark the course.

I'll not give a blow-by-blow account of the race.  It's enough to say the farther you go the higher you climb and the tougher the terrain.  It was as beautiful and as challenging as any course I've ever seen.  There's a 100K version that starts 28 miles south of the 55K course and covers the 28 plus the 55K.  I would love to do another 100K but I had originally signed up for that only because the 55K was already full.  My training wasn't what it needed to be for 100K, and Race Director David Tarkalson kindly allowed me to switch to the shorter race.  55K was plenty.

I've already had four ultras cancelled.  I'm so happy that Tarkalson and the Beaverhead crew forged ahead and did this.  They had to put in some Wuhan flu precautions (hand sanitizer and face covers at the start, finish, and aid stations, for example) and even in these challenging conditions the organization was, again, masterful.  The organizers really exemplified the spirit of ultrarunning: no quitting, difficulties are there to be overcome.  RFM!  We need more of that!

It was a great day on the continental divide.  Many thanks to David Tarkalson and the Beaverhead team, to Stacey and her husband for hosting a great camp and hauling me and my gear around a bit, and the various people I ran with.

So now, out of my original plan of six I have one ultra left on the schedule for this year, the most important one: Le Grizz.  Onward! 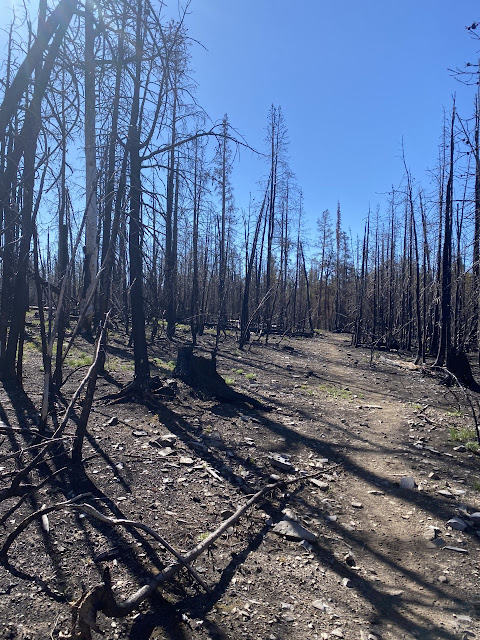 Burn area early in the course. 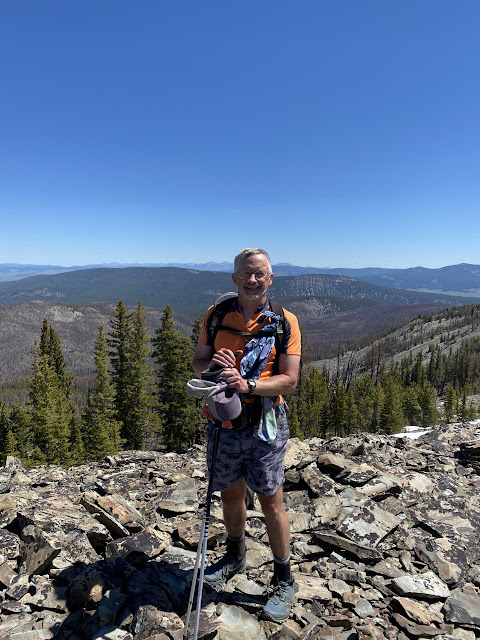 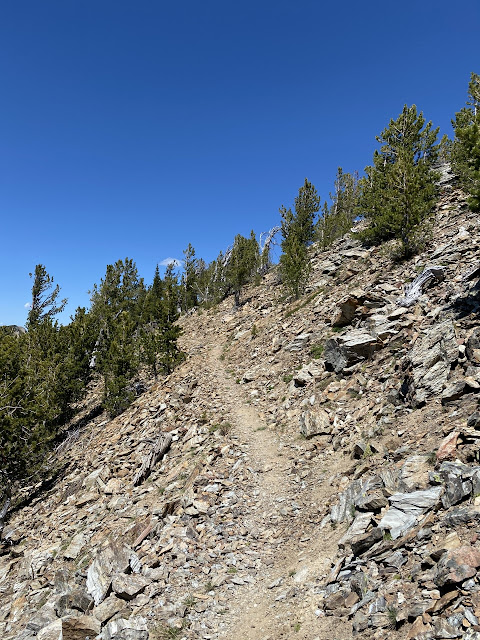 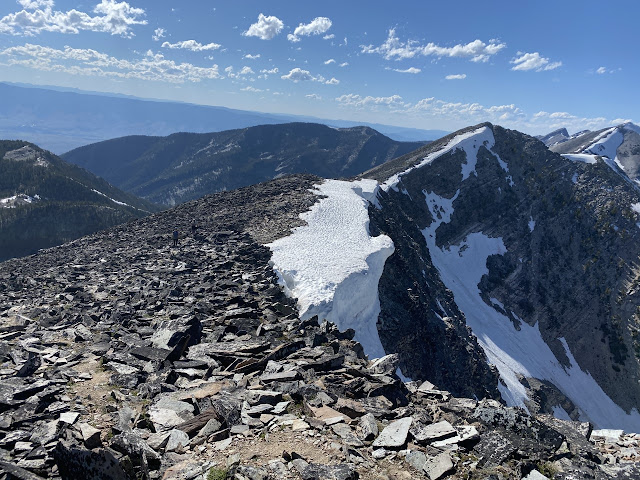 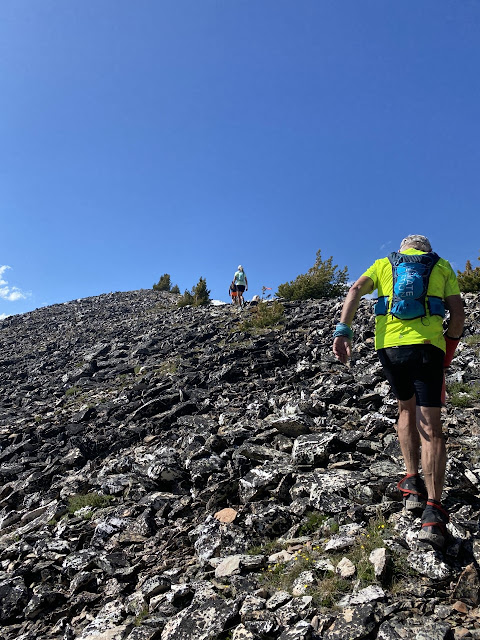 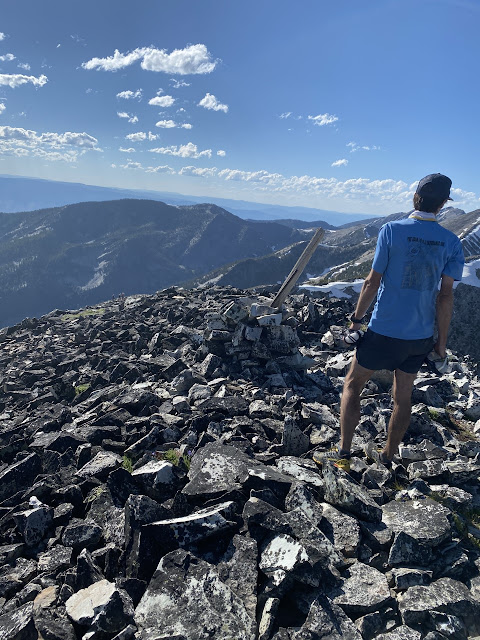 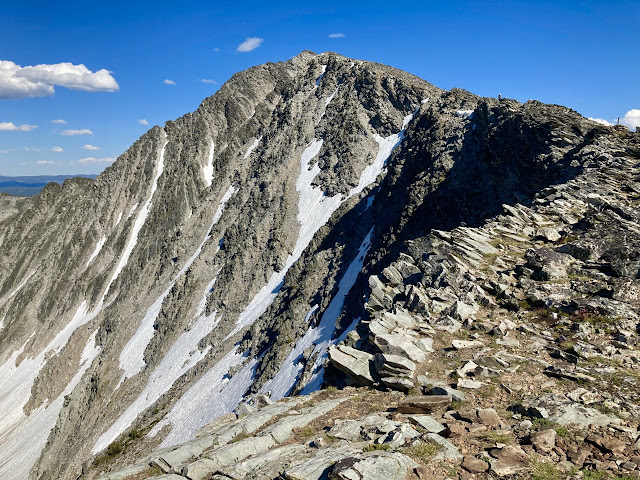 Look closely. (There are three runners silhouetted against the skyline to the right of the peak.) 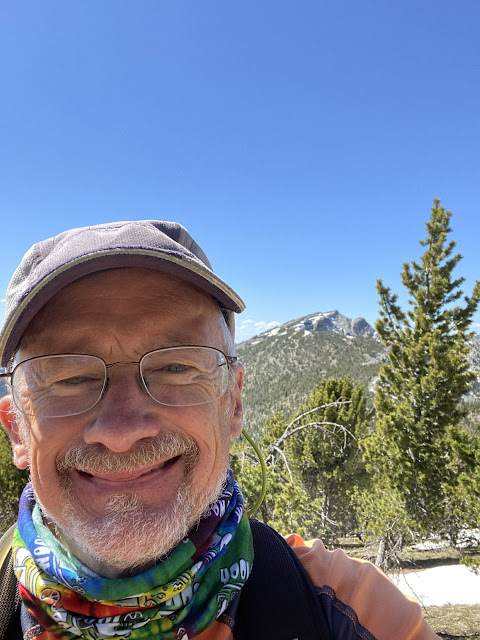 "A great day in the best place in the world!"

The Importance of Freedom 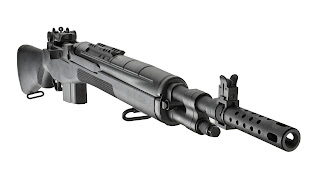 Here's my 4th of July article posted on Springfield Armory's blog, The Armory Life.  America is the only country founded on philosophical principles.  America is, fundamentally, a set of moral principles.  As I explain, individual liberty is the foundation around which the entire American system is structured.  Protecting and advancing this liberty was the purpose of founding America, and it remains the organizing principle.  People who do not understand this find the American system mysterious or confusing, but the confusion is based in their own ignorance.  Read my piece, it explains.

Many thanks to Springfield Armory for the opportunity to publish this.

Photo: M1A Scout Squad rifle, one of my favorites of Springfield's tools of liberty. 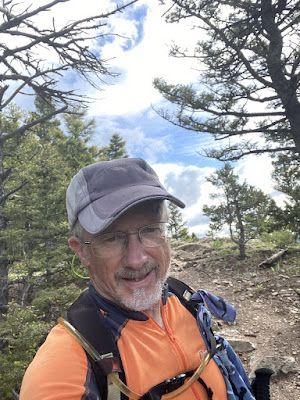 It’s the fourth of July – the birthday of the greatest country in the world, the greatest country that has ever existed: The United States of America.  These United States constitute the only country ever founded on philosophical principles, and those principles are the hope of all humanity.  America’s fundamental founding principle is the natural rights of the individual.  From that flow the corollary principles of individual liberty and the sanctity of private property, limited government, and an institutional system of checks and balances.  All of this is based on the foundation of reason, our fundamental epistemological tool.

No other country in history has ever been built on such excellent principles.  No other country has ever been so successful in living up to them and promoting them.  These principles have allowed Americans to flourish and create unprecedented wealth.  This wealth creation has spread around the globe – it is capital and ideas from the West, and especially America, that has led to the unparalleled growth in incomes and living standards for people around the world.  Thanks especially to America, the world is on the verge of attaining freedom and prosperity for all, for every single person willing to apply themselves under a system of natural liberty.

I’ve no sympathy for Black Lies Marxists and their hangers-on, libertoonist critics of America, Democrats, foreign despots, conservatives who turn out to be progressives, pre- and post-modernists, and other opponents of America, and at present I’ve neither time or patience to deal with their criticisms, which tend to be dumb and always wrong.  So I’ll not respond to these scoundrels here.  Instead, I’ll close with this:

This is a time for celebration of the greatest political achievement in human history: The United States of America.  Let’s make her greatest days lie ahead!