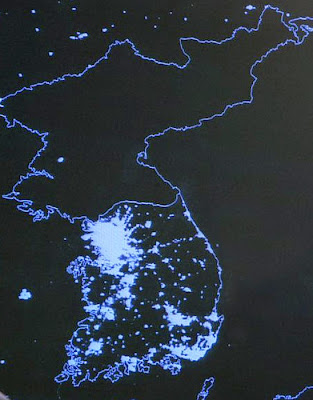 "We" here at Unforeseen Contingencies do not celebrate "Earth Day."  Every day we experience is Earth day; we live on Earth and depend on Earth for our sustenance.  It's "our" home, and "we" love it.  We consider ourselves environmentalists.  But "Earth Day" is a leftwing, anti-capitalist anti-human (apologies for the redundancy) invention, and the entire staff of Unforeseen Contingencies opposes it.  Why?  "Earth Day" is all about opposing human attempts to modify our environment, to make it more hospitable and more livable.  We're supposed to favor that which is "natural," which means anything that isn't human...we're to favor those things self-defined "environmentalists" decide are in the interests of "the environment."  "The environment" itself is the reification or hypostatization of non-manmade things, hence favoring it over things human is rather odd since the concept of "the environment" is itself a manmade distinction.

But we here at UC recognize that to make any sense, "the environment" simply refers to the circumstances in which we live, and we are just as much a part of nature, i.e. reality, as anything.  So is anything we do.  So, for a real environmentalist like us, the only relevant question is whether a change makes our circumstances more livable or not, that is, it's a matter of costs and benefits.  Every action has good and bad points.  The relevant question: is the net effect positive or negative?

That's leftwing "environmentalism" for you...development is bad.  Technology is bad.  Human well-being counts zero in their calculus, and humans themselves are expendable.  But for us real environmentalists, this is all nonsense.  The advance of civilization under capitalism makes the environment better.  Want some evidence?  Check out this BBC article on the arrival of the first electric refrigerator in a poor Indian village.  Life becomes radically better.  The environment becomes better.

If we really want to devote a day to celebrating an improving and sustainable environment, we need a day devoted to celebrating capitalism and technology. Earth is for humans, it's not for hell. 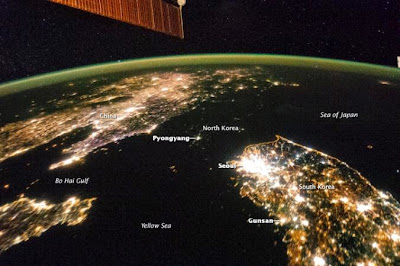 John Pepple: The Islamic Crime of the Week

John Pepple has an interesting observation.  And it's just in time for our Friday Day of Prayer.  .

I guess in the Islamic long run, we're all dead 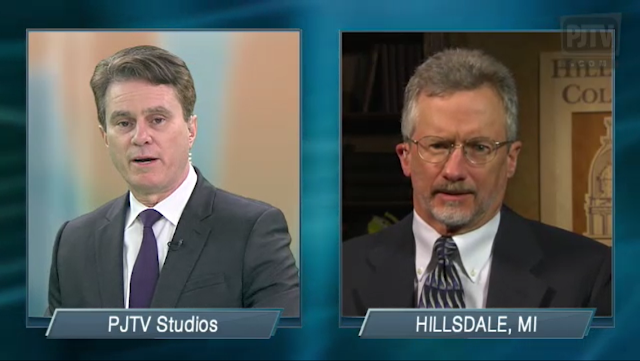 I seem to have survived my recent cold/bronchitis.  It was incapacitating; I was down for four days. Typically I'd at least expect to feel up to reading or writing or working on lecture notes or something, but I achieved very little this time around.  However, "very little" is not the same as nothing.  I have a rough draft of what I fear is the increasingly timely "The Inevitability of Nuclear War, Part 2" ... and am still unsure whether this deserves a question mark at the end.  I increasingly fear it doesn't.  Nuclear war may well be Obama's foreign policy legacy.  But we'll get to that soon.

I also have analysis of Ukraine & Putin, plus a few other interesting pieces that are upcoming.  Stay tuned.

I had supposed that I had dodged the plethora of hacking coughs, pneumonias, and similar complaints that my students have been suffering all semester, after all, they seem to have died out.  But I am out sick today with bronchitis.  Ironically, me being taken out means Unforeseen Contingencies is back in action.

How is it that human thinking can suffer what appear to be complete disconnects, apparently with zero cognitive dissonance?  Two cases in point:

Indiana has just passed a law that prevents a Christian baker from being subject to criminal proceedings, civil lawsuits, and loss of her business license should she refuse to bake a homosexuality-themed cake, given the teachings of Leviticus 20:13 or Romans 1:26-28.  AppleTM CEO Tim Cook is outraged, as is the entire left.  How can this be?  Would they really say that a baker or pizza shop owner should lose their livelihood if they refuse to participate in something that is, for them, a mortal sin?  What of a minister or church if faced with a demand to perform a same-sex wedding, when such is utterly contrary to their religion?  Apparently so.  But Cook and similar hypocrites can drum up no similar outrage when it comes to, say, Saudi Arabia, where homosexuality is punishable by sentences up to and including beheading.  I'm hardly the first to observe this disconnect, of course.  And of course, this hypocritical disconnect may not be such a disconnect after all, when one considers it is ginned-up knee-jerk pseudo-outrage in the service of lefty politics, or, for that matter, AppleTM  marketing.  Keep in mind that I donated $200 to the "Defeat Proposition 8" campaign in California, and support the right of same sex couples to marry.  But I similarly support the right of Christians and others to refuse to participate in any way, and to not be persecuted for it.

Here's another: Obama's deal with Iran over nuclear development, should it come to pass, is supposed to leave the Iranian regime with only the capability of developing nuclear reactors for power.  Oh, great.  Never mind whether such a deal would be enforceable, why would it be considered desirable that nuclear reactors be built in a seismically unstable region of the world by a regime that is not particularly responsible in a country that is not particularly developed.  Why doesn't this "solution" itself strike observers as a formula for disaster?  I'm not opposed to nuclear power, but I'm skeptical of the ability of third world theocrats in earthquake zones not to make a disaster of it.  I believe the Iranians are dead set on developing nuclear weapons and that Obama's proposed deal would make this easier for them, but even if we accept Obama's description of the matter at face value, it seems mad.