Thanksgiving 2014: why I am thankful

Just a few of the reasons...

1. We still have a country of free market capitalism, private property rights, individual liberty (yes, I've said the same thing three ways).  It is battered and under assault, but we are still free and, for that reason, still wealthy... in spirit and in material things.

2. I have my Julie, my family, my many friends, my students, my colleagues, my Chaos... all make my life richer.

3. I am healthy, fairly fit, and sane (some might question this last one, but I would have to be crazy to deny it).  My work is going well, and we're accomplishing some things that are worth accomplishing.

As is my Thanksgiving habit, this year I roasted a turkey and prepared the usual side dishes.  As always, everything is done from scratch.  Dressing, pie crust, gravy, mashed potatoes,and the like all begin with basics.  (One exception: I served canned cranberry sauce, which was not bad at all. But this is the last time, as Jeff "Computer Geek" Ross' lovely Laura forwarded me her recipe after hearing this.)  And as is my habit, I also did a hard workout prior to dinner, one which included 100 pushups, 20 pullups, 35 standing military presses with at least half my body weight, heavy deadlifts, and a variety of squats, box jumps, kettlebell snatches, and the like.  It's uncertain whether net calories for today are negative or positive. 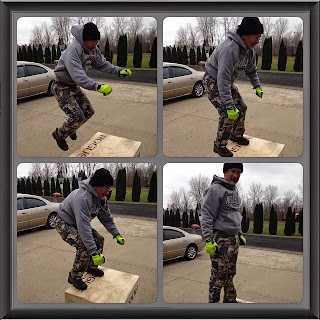 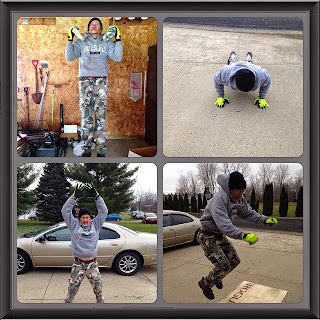 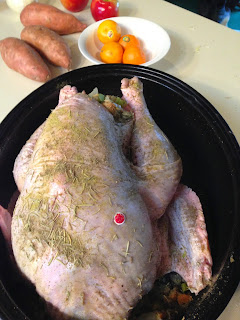 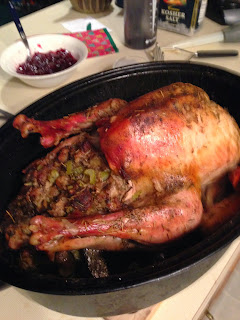 Out of the oven! 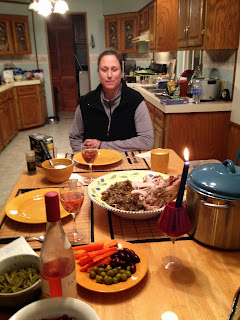 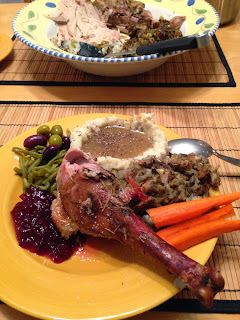 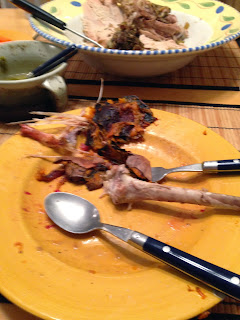 I held off blogging on the events in Ferguson MO first of all because I have not had time for blogging, and second because I was waiting for the grand jury to complete its work.  It is completely unsurprising that no charges were brought against Officer Wilson.  It was an undisputed fact that Michael Brown was a violent criminal, that he had just robbed a convenience store and assaulted a worker there.  Even at the start, as the mainstream media spun a web of lies about a summary execution of a "gentle giant," eye witnesses were stating that Brown assaulted Officer Wilson and was charging him when shot.  We've already seen the media do this before, in its failed attempt to lynch George Zimmerman.

The facts, as revealed in the grand jury investigation, are that when Wilson identified Brown as the suspect and attempted to stop him, Brown assaulted Wilson and attempted to grab his firearm.  Brown was lightly wounded in the struggle and then attacked Wilson a second time, who the shot Brown in obvious self defense.

There's nothing much to be said about the rioters in Ferguson and elsewhere.  They are violent criminals and should simply be dealt with using the amount of force appropriate to the particular case -- including deadly force when called for -- and then prosecuted.  It's the nonviolent protesters who deserve comment.  Let me focus on email comments I received from ACLU Executive Director Anthony Romero shortly after the grandjury decision was announced.  A few excerpts...Romero writes:  Michael Brown's death is a tragic loss to his family, community, and this nation.  Well, no it was not.  Michael Brown was a dangerous predator who attacked a store keeper and then a police officer.  There is no place for such behavior in a civilized society, and no place for such criminals.  Romero apparently disagrees and values the "contribution" predators make to the community and nation.

Romero continues:  We can't lose another young Black (sic) person at the hands of the police.  Romero means to say that the next time a young black person attacks a police officer, he should be allowed to proceed? Apparently.  But in fact, the fewer predators (of any race, Brown's "blackness" is not the reason he was shot) we have in society, the better off we'll be.  The tragedy is not that Brown was shot, it's that his parents failed to teach him that robbery and assault are wrong.  Another tragedy is that Brown chose to become a violent predator, but once he did it is a good thing that he was stopped.

Romero again:   This is exactly the right moment to stand together and push for police accountability and systemic change. (emphasis his) Systemic change...he apparently thinks the grand jury was wrong, or corrupt, or something.  Exactly what does Romero think should have happened -- they shouldn't have considered the evidence?  The letter closes with a call for the DoJ to crack down on state and local law enforcement with "no profiling" guidelines.  Never mind that DoJ has no Constitutional authority at all to do this, and never mind that racial profiling had absolutely nothing to do with this case, ACLU demands it.  Romero's "systemic change" would mean an end to the rule of law.

I suppose this fundraising appeal is just an appeal to emotion and hence not to be analyzed closely, but 100% of the outrage at the grand jury decision is nothing but mindless idiotic emotion.  The peaceful protesters deserve nothing but our contempt.  There's no excuse for lamenting the demise of a violent criminal who attacks a police officer.  It appears that most of the protests are driven by racism -- that is, the racism harbored by the protesters themselves.  Wilson is hated because he is white;had he been black we'd never have heard of this case.  Race baiters from Barack Obama and Eric Holder to Al Sharpton and Jesse Jackson have played this case for all they can; their own political and financial fortunes seem to benefit from strife.  The fools who allow themselves to be manipulated by these thugs are impervious to facts and reason -- it's just blind emotion for many of them and leftwing politics as usual for others.

In fact, Darren Wilson is a hero for standing up to and defeating a thug who was a threat to the community and the nation.  The peaceful protesters are ignorant, emotion-driven fools who have nothing to say that's worth hearing.  They should be deeply ashamed.

When the grand jury decision was announced, the first thing out of Obama's mouth was that he hoped the police would show restraint.  (Unfortunately, they did.)  As rioters were destroying downtown Ferguson, Holder announced DoJ investigations -- not of the people destroying the town, but of the police.  The mainstream media continues to fan the flames, New York Times going so far as to publish Wilson's home address, endangering him and his family.

It is hard to imagine that America could have ever come to this.  A substantial share of America's political class appears to be trying to create as much chaos as possible.  We're supposed to accept all this as "normal?"  There's nothing normal about it -- this is terrifically dangerous.