The Crazy Years: Signs of the Times 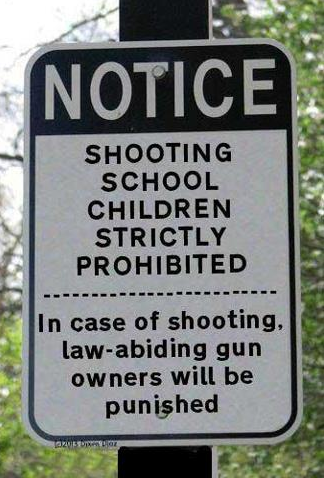 My Letter to Ted Cruz

...in appreciation of his heroic one-man stand against that death sentence on the U.S. economy, Obamacare.  I sent this to him a few minutes ago.

My heartfelt thanks to you for your efforts to defund Obamacare.  I fully support you and what you did.  Your dedication to principles of liberty, and your courageous and unyielding defense of them are extremely inspiring.  Let the Washington political class disdain you all they like, there are many, many, many of us who admire what you are doing and are behind you.

Please keep up the fight.  I wish you were my Senator.  If I may be of help to you in your efforts, please let me know.

I didn't bother writing to the Democrat and Republican thugs who opposed him, nor to the "conservative" commentators who have been condemning him.  It's clear that all of them understand the ACA/Obamacare doesn't work -- that's why they all wanted exemptions for their staffs -- and it's clear they don't give a damn about what the people want or what's good for America.  Obama knows all of this too -- that's why he illegally ignores the law and hands out exemptions to unions and businesses that he favors.

Ted Cruz is a very rare thing -- a principled and courageous politician.  If you agree with his filibuster, please send him a short note of thanks here.

We're in dangerous times.  I expect them to get much, much better.  But first they are going to get much worse.

In his Past Through Tomorrow and other works, Robert A. Heinlein explored a possible future history for homo sapiens.  One of things he foresaw was a period at the end of the 20th Century and beginning of the 21st that he called "the Crazy Years," in which cultural fragmentation and decay in advanced countries generates political and economic decline and social disruption.  He was prescient in recognizing what happens when commonly accepted principles such as an individual's responsibility for self are forgotten and political correctness and multiculturalism run amok.  As advancing technology places increasing power in human hands, human ethics fail to keep pace.  In Heinlein's world, humans do manage to navigate these shoals without destroying themselves and eventually do settle on a MYOB sort of libertarian ethic...but only narrowly averting nuclear self-destruction and environmental self-destruction, and not without going through periods of dictatorship as well as societal chaos.

Heinlein's story isn't just fiction.  In the course of the development of the Soviet SETI program, astrophysicist Nikolai Kardeshev developed a theory of civilizations and what we might look for in trying to detect them.  Kardeshev's work -- which has been further developed by others -- gives a classification system based on the scale at which a planet-based civilization can harness energy.  The lowest level of civilization, Type I, has the capability of harnessing the entirety of the energy of its planet.  As a sort of corollary, it's hypothesized that a species that is approaching Type I mastery potentially goes through a very dangerous period, akin to Heinlein's "Crazy Years."  Their advanced level of technology gives them power capable of destroying the civilization if misused.  If the species fails to develop behaviors, ethics, institutions, etc. that prevent this it can annihilate itself.  I'm uncertain how much of this corollary is in Kardeshev's original contribution, but physicist Michio Kaku suggests that one thing we could look for in SETI is the wreckage of civilizations that failed to make the transition to Type I.  And of course, our civilization is our one example, so far, of a civilization entering this transition.

What's the connection between Heinlein and Kardeshev?  Think of just a few examples of the dangers we face today:

Yes, we're in the crazy years, for sure.

Philosopher and novelist Ayn Rand identified two problems at the heart of our current craziness.  First, there's  an epistemological failure: it's only through the careful employment of reason that we can learn what is true and what isn't.  Epistemological confusion is arguably at te heart of our problems, but more to the point of this essay, the second problem is this: so long as men think of it proper or acceptable to sacrifice other men, so long as our ethics teaches us that it can be acceptable to treat others as means to our ends, without their consent, human societies will be plagued with inherent conflict. Only with the development and general acceptance of an ethic based on strict respect for individual rights will we emerge from the Crazy Years into a Type I global civilization.

I think we will indeed successfully make this transition.  Humans have been remarkably successful so far. Our long run story has been one of advance.  Sure, it's been punctuated with all sorts of crises and disasters, but we recover and continue to advance even further.  The way to bet is that this will continue, despite our weaknesses.  But it's hardly a sure thing.  As Rand herself put it, "We are fast approaching the stage of the ultimate inversion: the stage where the government is free to do anything it pleases, while the citizens may act only by permission; which is the stage of the darkest periods of human history, the stage of rule by brute force."  Couple that with unparalleled technological power and the widespread and numerous crazy doctrines promoting brute force, and it should be clear that we are in extremely dangerous times.  Certainly if our current trends in government, in international relations, etc. continue unchecked, we're doomed.

Of course, that's why I don't think we're doomed.  Those are all short run trends.  Unforeseen contingencies will reverse them.  But we have a very rocky road ahead for awhile.
*****
Note: after writing this, I came across this very perceptive essay on the Crazy Years by science fiction writer John C. Wright.  He highlights the empty moral vocabulary of post-modernism, and the ethical and epistemological bankruptcy behind it, as the cause.  While he laments that our Crazy Years have outlasted Heinlein's, and one commenter suggests that such a decline is characteristic of a shift from republic to empire, I remain fairly confident that "this time is different."  We're in the Kardeshev transition to civilization, and what we're seeing is the end of post-modern, Hegelian, socialist thought, its death throes.  If not, then we're all dead.  So let's kill it.

If you thought the previous video was funny...

...it wasn't.  It appears it is a pretty accurate portrayal of Obama's loyal supporters.

Here are some real ones.  Enjoy, if you can.

I've changed my mind on Syria!

After more carefully reviewing Barack Obama's speech of last night, I sheepishly admit that he's right after all.

Therefore, Unforeseen Contingencies is proud to lend its support to this project and calls on all of our readers (yes, all three of you!) to do the same:

Very little time to blog right now; I'm hoping my other activities will quiet down soon so I can get back to Unforeseen Contingencies.  It would be nice to be able to comment extensively before W.W. III gets underway.

Suffice it to say for now that "we" at Unforeseen Contingencies are absolutely opposed to any American involvement in the Syrian civil war...unless, of course, it is to press the damned Saudis and Iranians to stop financing the thing. I have no favorite in a Sunni-Shia religious war, and it is quite obvious that the more unstable the Assad regime, the greater the risk of slaughter to minorities such as Syriac Christians, and the greater the likelihood that FOAQ (Friends of Al Quaeda, a.k.a. Friends of Barack Obama a.k.a. Friends of John McCain) will be empowered and perhaps capture Syria's chemical weapons.  American intervention would be both criminal and insane, and any politician promoting it is a traitor to America.

At some point I hope to have time to the address the utterly nonsensical arguments the warmongers are making. For now, let this graphic do the talking. 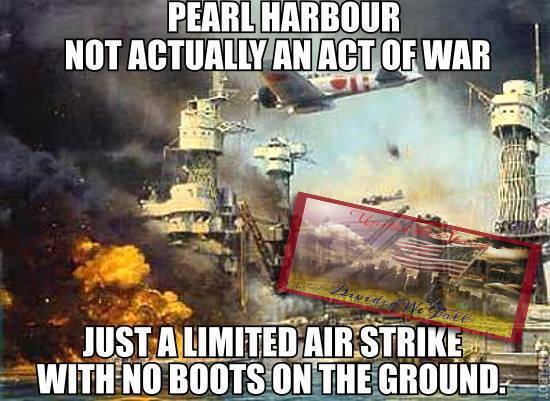