From the Virtual State of the Union


Something that's omitted... whoever tries cutting the horns off the gazelle is likely to get the horns in the throat.

Obama vs. the rule of law

I'm about to do a road trip, but before I take off wanted to quickly link to a story on the latest on Obama's assassination program.  Apparently if "the government" decides someone poses a threat of violence against someone an "informed, high level official" thinks is threatening, even if there is no clear evidence.

Chilling, of course, but also ironic in that it seems to be the policy -- killing anyone who seems scary -- that the MSM falsely claimed stand your ground laws entail.  We'll see if MSM can muster any critical thought, never mind outrage, over this.

It's quite clear that the MSM has given up on new reporting and taken up advocacy.

I sometimes wonder whether Obama's advocates in the mainstream media ever to reflect on what they are saying.  Wolf Blitzer (D, CNN) recently tried telling one of the Utah sheriffs that whatever Obama says in an executive order is law and that the sheriff must obey.

Good grief!  Does Blitzer really believe that Obama is a dictator who can legislate by executive fiat? That we live in a dictatorship of, by, and for Barack Obama?  Or that state, county, and local governments take orders from the federal government?  But then, this utter confusion over the principles of government isn't something new -- a couple of years ago I listened to NPR correspondents seriously discussing the likelihood that if Congress failed to come up with "suitable" restrictions on carbon dioxide, EPA would force them to act by instead taking over and creating even more draconian "laws" (regulations) than Congress would.  The NPR reporters seemed to think it was perfectly legitimate for the executive branch both to legislate and to dictate to Congress.  We're seeing the same thing now in the "national conversation" about gun control, with the mainstream media actively campaigning for laws and regulations (this was Blitzer's point, of course).

MSM took the role of advocacy, not news reporting, some time ago  Evan Thomas captured the sentiment with his idiotic "he's sort of God" comment.  And what they advocate has nothing to do with individual liberty nor Constitutionally limited government.

Now here's Micheal Hastings explaining how the Whitehouse press corps simply "swoons" over Obama.  It's simply astounding the extent to which these people have drunk their own Kool-aid.  When Hastings himself had the chance to ask Obama about summary execution by drone strike and the administration's war on civil liberties, the pathetic clown wimped out -- and he thinks it's cute that he did.  (See below.)

Again, it is not normal to have the MSM show such slavish devotion to the administration, and to engage in so much one-sided advocacy.  These are not normal times. 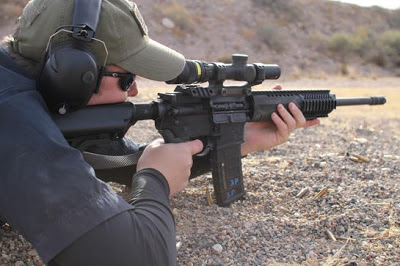 Advocates of citizen disarmament have been been voicing an awful lot of hysterical claims of late in trying to convince Americans that we'd be better off if we were disarmed and helpless when confronted with criminals and tyrants. I realize that facts are irrelevant to that mast majority of opponents of armed civilians. They simply hate guns and (especially) gun owners and their emotions, prejudices, and intuitions trump any facts. Nevertheless, it's important that the rest of us -- gun owners and non owners alike -- understand the facts and not be confused or intimidated by the fanatics. Towards that end I've collected some of the more pernicious myths invented by those who would steal our freedom and our guns as well. It's hardly a complete list, but it's a start.

1. "Assault weapon" is a category of firearms. FALSE. The term "assault weapon" was invented by the gun control lobby; it's not a term from the military, from the firearms industry, or from the civilian shooting community. The gun controllers were explicit that the purpose was to demonize firearms in the eye of the public. If I my quote from a letter written by 1,000 plus U.S. Army Green Berets in opposition to a new AWB, "According to Bruce H. Kobayashi and Joseph E. Olson, writing in the Stanford Law and Policy Review, 'Prior to 1989, the term ‘assault weapon’ did not exist in the lexicon of firearms. It is a political term, developed by anti-gun publicists to expand the category of assault rifles."

Hence my use of "assault weapon" (sic) is to emphasize that this is an anti-concept designed to cloud understanding and interfere with rational discussion. For example, I happened to hear Sean Hannity interviewing one of the New York legislators who enacted NY's dreadful gun bill. When asked to define "assault weapon" the legislator couldn't do it, and began rambling about the difficulties of defining what could go into the category... quite shocking, since laws are supposed to be based on clear principles of justice and are supposed to be understandable by those expected to obey them -- and this stupid ass could not himself define what he was legislating against.

But the claim is entirely wrong -- law enforcement agencies have adopted them for almost the opposite reason.  In a defensive situation, AR's are more accurate, less destructive, and less likely to overpenetrate and strike innocent people than are handguns and shotguns, according to series of academic studies comparing performances of various cartridges used in law enforcement.

"Since all of the 5.56mm/.223 bullets fired through the interior wall had significantly less penetration than the 9mm, .40 S&W, .45ACP, and 12 ga. shotgun projectiles which were fired through an interior wall, stray 5.56mm/.223 bullets seem to offer a reduced risk of injuring innocent bystanders and an inherent reduced risk of civil litigation ... 5.56mm/.223 caliber weapons may be safer to use in CQB [close quarter battle] situations and in crowded urban environments than 9mm, .40 S&W, or 12 ga. weapons." -- Gary Roberts, DDS, USNR; Wound Ballistics Review, 3(4):16-28, 1998.

Roberts also noted drawbacks of shotguns compared to 5.56 carbines, including "Poor accuracy and imprecise control over buckshot placement resulting in downrange hazards to innocent bystanders," "Potentially excessive penetration in urban settings," and "Severe recoil," i.e. additional contributor to poor control and accuracy. Law enforcement agencies have adopted AR's because they are less use them because AR's are less likely to "kill large numbers of people as quickly as possible." (I hope Obama, Feinstein, and Co. don't learn this, or perhaps they will start insisting DHS be armed with M-134's and flamethrowers.)

The military weapons from which the civilian AR evolved also were not designed to "kill large numbers of people as quickly as possible."  To the contrary, the primary reason for shifting to the M-16 and M-4 was the smaller, less powerful, lighter weight cartridge; a rifleman can carry more than twice as many rounds in the field as he could with the previous .7.62 and .30 cal. rifles.  It was primarily a logistics issue, making extended operations in the field easier.  The M-16 and M-4 were also much less likely to kill, so it was argued around the time they were adopted that this would be an additional benefit, since wounding one enemy would take out three -- two others would be required to carry each wounded off the battlefield (a doubtful argument IMO, but one that appears in the decision documents and is repeated in military manuals).

3. The only purpose of "assault weapons" only is killing people. FALSE. (OK, these are myths, so "FALSE" is redundant, but let's get it up there anyway so there's no confusion.)  Again, keep the focus on AR platform rifles are not "designed to kill people."  There are many variants of AR's, many designed expressly for various kinds of competition, others for hunting big game, yet others for small game.  The AR design is quite versatile and well-suited for many different purposes.  The civilian AR platform itself evolved from the military design, but it is not the same rifle.  That's right; it is not an assault rifle, which always referred to a selective fire military weapon.  Anyone who disagrees should direct their complaints to the 1,000 plus Green Berets who say so, not to me.

4. "There's no reason civilians to have access to military assault rifles."  DOUBLY FALSE.  First  it's misleading because civilians don't have access to military assault rifles (save for a very few NFA collectors' items which are strictly controlled), but more importantly, civilians should have military weaponry.  We're supposed to be a country of free sovereign armed individuals, not helpless serfs and subjects.  In the Federalist 28 Hamilton argues that armed citizens are the ultimate defense against domestic tyranny; Madison says the same in Federalist 46: "... the ultimate authority, wherever the derivative may be found, resides in the people alone, and that it will not depend merely on the comparative ambition or address of the different governments, whether either, or which of them, will be able to enlarge its sphere of jurisdiction at the expense of the other."  I realize that utopian progressives don't care about the Constitution and law unless they are politically expedient, but anyone who pays serious attention to the principles of the U.S. system understands the importance of this.

This barely begins to cover the nonsense spouted by the advocates of disarmament.  Most of them seem to make up stuff on the spot, others lie and know it.  The nonsense is then repeated ad nauseam in the MSM where it assumes the status of self-evident truth.   But it's falsehood and propaganda, used by demagogues to  try to convince us to surrender our rights to them.  We'd better recognize this, and we'd better not surrender what's left of our liberty.  If we do, we'll greatly regret it; utopians left (and right!) have big ideas for re-engineering society, and we're to be their raw materials."  And that's not a myth.

One use for an AR 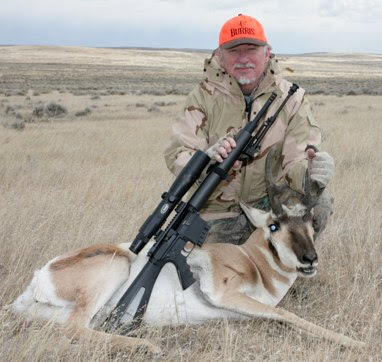