Story of the decade: The Financial Crisis 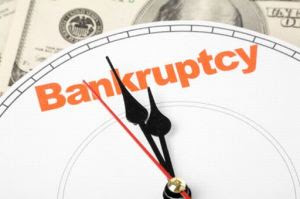 Depressingly, it's the financial crisis. Even more depressing, it is questionable whether the story will ever be told correctly. Was it the private sector being victimized by the government, or was it the free market? Well, it was neither. Here's why.

Paul Krugman usually is not one of my favorite commentators, but he is almost right on target in this NYT op-ed in which he blasts the Republican members of the Financial Crisis Inquiry Commission for trying to remove all blame from Wall Street for the mess we are in. My one reservation is that Krugman calls the Republican position "free market fundamentalism," but it's not. It's protection of well-connected financiers with monopoly power -- exactly what Adam Smith called Mercantilism.

The financial crisis is in many respects an intentional looting of America. It was facilitated by the federal government, but "the gov't vs. the private sector" is a false dichotomy that serves mostly to confuse the public, and also the economists. Forget "gov't vs. private sector," it's a single band of crooks, with members who move back and forth between government and private sector. For example, the U.S. Treasury is practically a Goldman Sachs subsidiary, as we documented in an earlier post.

Or see this excerpt from Ezra Klein's "Wonkbook" today: "More government regulators are bolting to the industry they regulate, reports Zachary Goldfarb:'The president's recently departed budget director is joining Citigroup. The New York Federal Reserve Bank's derivatives expert is joining Goldman Sachs. And numerous investigators from the Justice Department and the Securities and Exchange Commission are joining Wall Street's top law firms. The vast overhaul of financial regulations and the renewed intensity of investigations into white-collar crime has been a boon for regulators, prosecutors and financial policymakers looking to cash in on their government experience and contacts...Lawyers making the move, who often were in the private sector before joining the government, can reasonably expect their income to go from less than $200,000 to $400,000 or more, legal recruiters say.'"

So keep in mind, the "gov't vs. private sector" story makes sense in some settings, but not when it's the same bunch of guys running both sectors.

How did these "Masters of the Universe" cook up the financial crisis? Here's the essence, stripped of niceties and technical details. They knowingly cooked up fraudulent mortgages (e.g. Fitch Ratings took a sample of subprime mortgages they'd already rated AAA and found that 100% appeared to involve fraud -- overwhelmingly on the part of the originator.) Then the banks sold them so they could be turned into mortgage backed securities that the designers themselves admit they do not understand. Then they sold all this toxic waste to unwitting investors, giving essentially phony prospectuses, and then took out hedges against the securities they'd sold. And then every crook involved paid themselves huge bonuses, effectively looting the shareholders of their respective firms, and also fired the risk assessment people after lecturing them they weren't contributing to the bottom line. And let's not forget plenty of cheap credit from the Fed to inflate the bubble. And finally, when it all fell apart, the most politically connected ones convinced the head of Goldman Sachs (oops, I mean ex-head) Hank Paulson to get the Dept. of Treasury and the "politically independent" Fed to bail them out. It's possibly the greatest scam in history, and it is still going on.

It's been facilitated by many, including efficient market hypothesis economists who claim it simply can't happen because markets are perfectly efficient; in part by supply-side economists who tell the lie that everything the private sector does is wonderful if the government would only get out of the way; and in part by progressive economists who spout the nonsense that is the natural consequence of a "deregulation" (that never happened) and the free market." The big debate is whether more power should be given to the band of crooks when they are wearing their private sector hats, or their government hats. It's inane. No one bothers to mention the crucial importance of individual rights, without which there's no free market. I wonder if anyone even understands that markets without protected individual rights are extremely dangerous, destructive things, just as are governments.

When the financial crisis broke into full public view in September 2008, economist Nouriel Roubini (who had warned early on it was coming) warned we were on the verge of becoming the USSR-America and correctly labeled Bush, Paulson, and Bernanke as American bolsheviks, in that they were trying to grab unchecked power and in doing so bail out their associates in the private sector by socializing the losses, i.e. passing them to the politically unconnected majority of us in the private sector. But the system really is not socialism so much as mercantilism. But whatever we call it, it's surely not the free market.

So that's the story of the decade, in our view. The damage is ongoing. May the next decade brings us something much, much better.