Peter Schiff vs. the "experts"

Our economic "experts" do not understand economics.

A friend just sent me a NYT op-ed by Ben Stein worrying that the economic downturn will not end in any foreseeable future. Read this, and then watch the video of Stein and other "experts" mocking Peter Schiff when he perfectly forecasts the economic catastrophe ahead. Especially worthy of note: Arthur Laffer describing the U.S. economy as "never in better shape" and monetary policy as "spectacular."

Stein, Laffer, and the rest cannot understand what is happening, and are now reduced to crying about "losses of confidence" and inadequate aggregate demand, as though the cure is big doses of Prozac and more of the Keynesian fiscal and monetary poison that brought us to this point. Economists who were caught off guard by the crisis didn't have sound theory to warn them, and don't have theory to explain what has happened. They can't explain how they could have been so wrong, but nevertheless they are quite confident in their competence to steer us out of this mess.

Ben Stein and Arthur Laffer and their ilk are utter frauds. We have been eating our capital, not building wealth, and need to reverse this.

I wonder what these "experts" will propose when their Keynesian nostrums fail and the real disasters hit? Marxism?

Immediately upon the announcement that Senator Obama had won, Dmitry Medvedev sent a telegram of congratulations, welcoming this opportunity for new and better relations with America. And to prove Russian sincerity, he subsequently announced that Russia will be placing SS-26 missiles in Kaliningrad, on the borders of NATO members Poland and Lithuania.

My kneejerk reaction is that it's time to re-enact the Cuban missile embargo, but I'll restrain myself and leave any conclusions to UC's defense policy expert. NV? 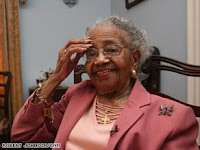 Unforeseen Contingencies salutes Ann Nixon Cooper, apparently the oldest voter in this election. While it's sad that Senator Obama's grandmother didn't make it to see this moment, it's quite nice that Mrs. Cooper, who saw the rise of Jim Crow, has lived to see a black man win by a landslide.

I'm reminded of something I regularly saw in Beijing...grandparents taking their grandchildren to McDonald's. I could hardly fathom the spectrum of things these people had lived through, and I suspect they couldn't either... from the Great Leap Forward, through the Cultural Revolution, to McDonald's... from some of communism's most vicious episodes to the triumph of American-style fun. Unforeseen contingencies indeed, and the good ones tend to outweigh the bad.

Ann Cooper can attest to this.

We have a WINNER!

Three of them, actually...

1. The winner of "our" conspiracy theory contest is Nathalie Vogel. She was also the only official entrant. I had a fine conspiracy theory of my own, as did a colleague of mine. Strictly speaking, it's unclear that these were officially entered, so the awarding of 2nd and 3rd place is in a quandary; results will be announced after the attorneys have wrought their magic and run up their fees.

2. Unforeseen Contingencies wins! "We" predicted an Obama landslide. It appears that Barack Obama will win at least 360 electoral votes, better than 2/3 of them. "We" were right, and knew this in early July. How we figured this out will be explained in a future post.

3. America wins. Despite predictions to the contrary, we conducted an honest general election, and it didn't require an Orange Revolution. (Now if we could only do this for the primaries.)

More comments on the elections coming, but for now, Unforeseen Contingencies congratulates President Elect Obama, and wishes him great success. He has a set of daunting tasks ahead of him. I certainly hope he lives up to the hopes & trust placed in him. 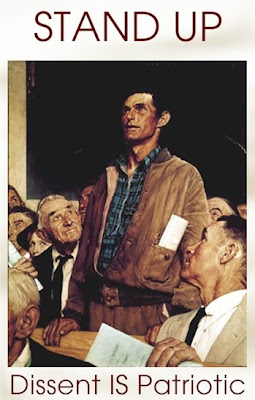 I've been trying to divert myself from the bleak economic disaster that looms ahead, hence the cheerier topics like racism, bitterly contested ballot initiatives, and divisive conspiracy theories I've been going on about. But time is running out, and if I'm going to violate McCain-Feingold, I'd better get to it.

Who do I endorse for President?

First, neither candidate for Vice President deserves 10 seconds of consideration. Joe Biden is the worst sort of career politician; whatever expands the power of the state, he's for it. He has no good positions on anything, and is a threat to our freedom. Sarah Palin is completely out of her league. She might be OK as governor of a state with nearly no people that has no budget problems because of the luck of nature (it's a resource curse, Sarah, and it works its evil even at the state level). She knows next to nothing about economics or energy or foreign policy. Her claim that she was qualified on foreign policy because Alaska is close to Russia was so stupid that she should have been ashamed to make it. I gather she was desperate, but this bodes ill for us. She should not be Vice President.

Second, at one time or another both John McCain and Barack Obama could have claimed to represent a change from the business-as-usual that is bankrupting us and destroying our strength abroad. But neither one has spoken truthfully about the financial crisis and looming debt disaster. Both promise to cut taxes, and their fiscal proposals simply accelerate the growth of debt. We're on the road to ruin, and both promise to step on the gas.

Even worse, the big player will be the 111th Congress, and it will be going crazy with proposals for spending and regulation. We desperately need someone who will stand up to them and lead, but these two candidates have shown complete lack of courage and honesty, and a willingness to say whatever pretty things they think will get them elected. I have no idea what either would do in office, but both act as though they'd be complete patsies, pushovers for a power-mad Congress.

And so, Unforeseen Contingencies makes its first ever endorsement for a Presidential candidate in violation of McCain-Feingold: please vote for Ron Paul (on the ballot in MT) or Ralph Nader or Chuck Baldwin or Cynthia McKinney or even Bob Barr, or anyone else on your ballot... just don't vote for Obama or McCain. Both promise to bring bigger deficits, more militarism, more regulation, and no end to the growing police state. Any of the third party candidates would be better.

Third parties won't win, but going along with the McCain-Obama status quo is simply wrong.

While we're on this subject, Tom Friedman in NYT just wrote the finest op-ed of this election cycle, hands down. He precisely hits the nails (or rather, candidates) on the heads. Read it! You won't be sorry. 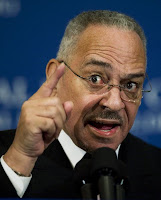