"Hillsdale come get your boy" 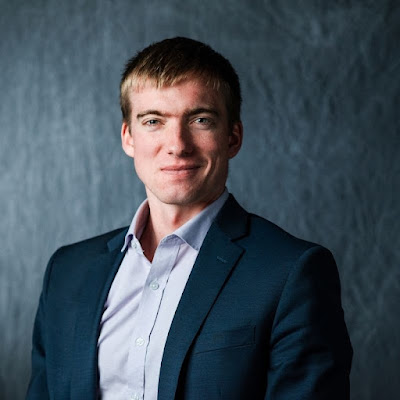 One of the best (i.e. worst) illustrations of the decline of America under leftist influence is the sad state of the American military.  Under Obama, ranking officers who were not political sycophants were purged.  Under the current senile pretender, the rank-and-file is being purged of the unwoke, and the military being geared to fight climate change and, eventually, non-leftist American citizens.  Other big pushes include adoption of transgenderism and pandemic paranoia/covid theater.  On this last,  a two-star Army general, one Patrick Donahoe, had something of a meltdown when challenged by a college student on Twitter.

It seems the brave general, who apparently commands or tries to command Fort Benning, went into a tizzy when Ph.D. candidate and former U.S. Marine Josiah Lippincott pointed out that the general's tweeted panic about covid and insistence on the inadequately tested mRNA vaccine were misplaced, and that the negative effects of lockdown are far more dangerous.  Lippincott provided hard data.  This induced the courageous but hopelessly outnumbered general to call for reinforcements, tweeting "Hey Hillsdale come and get your boy."  When no cavalry responded, for his own safety the general was forced to block Lippincott.

Lippincott later appeared on the Laura Ingraham show saying "I want to make really clear, these guys are woke losers who love cancel culture and they can't see reality.  These guys spent 20 years in Afghanistan, spent $2.4 trillion of American taxpayer money, we lost 2,300 servicemembers – and we left Bagram Air Force Base in the middle of the night.  America should be angry, they should be demanding answers."

It's uncertain yet whether the hero general will receive a Silver Star to go with his Purple Heart for the encounter, or simply a Bronze Star with V for valor.

The Most Moral Country in History 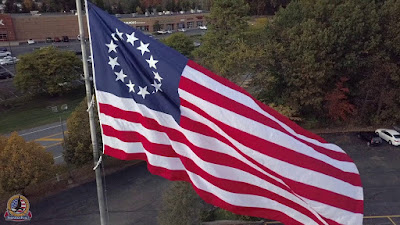 America is explicitly founded on these principles.  These principles are universal.  They are about man, not about this or that particular culture or nationality.  America changed the entire meaning of a nation-state from a linguistic or cultural entity, to one with a shared set of principles (a subject for another post), and in America's case those principles are built on natural laws including laws of man's nature.

"We hold these truths to be self-evident, that all men are created equal, that they are endowed by their Creator with certain unalienable Rights, that among these are Life, Liberty and the pursuit of Happiness."

This is a statement about man, and society, and government.  Every individual is a self-owning and self-responsible being.  No one may claim authority over another.

"...to secure these rights, Governments are instituted among Men, deriving their just powers from the consent of the governed."

Governments are created by us, to protect our rights, and any power they have is given by us.

"...whenever any Form of Government becomes destructive of these ends, it is the Right of the People to alter or to abolish it, and to institute new Government..."

There is no more radical, philosophical, fundamentally morally statement about freedom than this.  Each one of us is a sovereign individual, for each of us our lives are our own to live as best we can.  Because the freedom implied in this must be protected, and there are economies of scale in this, people can choose to institute collective defense, i.e. government.  Only so long as government does its proper job is it legitimate.  Once it fails and becomes destructive, it should be changed or abolished...by us.

Today many Americans don't understand this, unfortunately, and fall for ideas that are utterly opposed to these principles.  Progressivism and other leftisms, including Nazism, fascism, and communism, as well as the anti-classical-liberal strains of conservatives, visualize an ideal and insist on removing constraints on government so they can force people to obey.  They don't usually express it this way (in unguarded moments they do) but that's what unconstrained coercion always comes to.  And while they promise utopia, their systems always result in putting into power people who subjugate everyone else to their will, oppressing those not in power.  America is the most moral nation precisely because it is founded on the principles that are diametrically opposed to this sort of evil.  America's principles are those of the Declaration, and implemented by the Constitution.

There is no more moral founding for any polity than that of America.  America and American principles are to be defended and expanded and advanced throughout the world.  Enemies of our principles, such as the current regime, their RINO collaborators, Beltway libertoonists who feign allegiance to liberty, and foreign enemies, are at war on them.  We must fight and win, and that begins by understanding the principles and their importance.  We at Unforeseen Contingencies invite everyone, in all countries, to celebrate American Independence Day with "us" by reading the Declaration of Independence, as we do each year.  The principles therein aren't just for America, they are universal and timeless.  Freedom for the individual means freedom for everyone.  God bless America!

A perpetual bugaboo for Unforeseen Contingencies is the Rothbard-Rockwell school.  Given the increasing prospects that the left might take down America, it's perhaps not the most important thing to waste effort refuting their nonsense.  And at least most of them want less government power, so apparently we are fighting for similar things.  Still, occasionally they make an argument so bad I feel moved to respond. After all, as the great economist Frederic Bastiat observed, "The worst thing that can happen to a good cause is not to be skillfully attacked, but to be ineptly defended."

In the latest (6/30/21) daily email from FEE, Walter Block addresses the water debacle of the city of Flint, Michigan.  I respond in the comments.  I link to Block's piece here, and reprint my comment:

Unfortunately, Prof. Block doesn't understand the problem and has proposed a nonsense solution. He calls for a monopoly owner of the Flint River to provide water. Yes, I know Rothbardians don't believe there can be a monopoly on the free market, and after all, the Flint River Water Monopoly would have to compete with bottled water shipped in by Woke-a-Cola. But as the great economist Ludwig von Mises pointed out, while it is true that all goods on the market compete with all other goods, for some there are no very good substitutes and they approximate the pure monopoly case. The Rothbardians are wrong on monopoly. Municipal water in Flint is one example.

Prof. Block also assumes that the owner of the river and the operator of the Flint municipal water system must be the same. He doesn't explain why, so we have no idea what he's thinking. But it is obvious from this that he has no understanding of the problem of Flint. The city -- for which Governor Snyder and the state government had no authority -- chose to use Flint River water as a cost saving measure. If the city had purchased the water from a private owner and failed to treat it properly, we would still see the same outcome.

Prof. Block says to privatize the river. "The privatization process would see to it that there was a private firm, call it the Flint River Corporation, that would be owned by thousands of stockholders." And he lists everyone who swam, boated, drank, or otherwise used it. OK, how? How would one one identify them, determine each share, and enforce it. That's extremely costly. Mises points out (Human Action, Chapter XXII. sec. 6) that property rights are costly to define and so will be incomplete, with the strength of definition depending on the costs vs. benefits. Ronald Coase develops this idea in "The Problem of Social Cost" and Harold Demsetz and Allen & Lueck further refine it. Prof. Block's prescription to privatize is about as useful as telling a starving man that his solution is to "get food." OK, how? And who does it? This magical "privatization process" to which Block refers requires human action. Whose? Government officials? The mythical Rothbardian private protection agencies? Someone else?

There's much more that is wrong with Prof. Block's piece. But that's enough. He doesn't understand the problem, and his proposed solution shows he really does not understand economics.

There really is much more wrong with Block's piece.  The city council and government of Flint are utterly incompetent and very probably corrupt.  The prosecution of former Governor Snyder is politically motivated -- the democrats are using criminal law as a political tool.  The federal EPA played a major role in the coverup and in subsequent politicization of the crisis.

But armchair anarcho-capitalists have no time for such details.  They are too busy imagining perfect utopias which can be established by the mere pronouncement "privatize everything" and "abolish the state" ... the political economy equivalent of telling a starving man with no food that the solution to his problem is to get food.