Mental Illness as a Weltanschauung 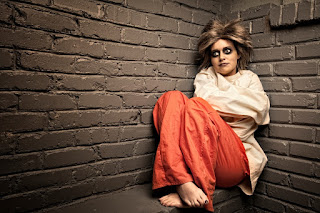 Weltanschauung -- that's how we erudite types say "worldview." A worldview is a perspective, or a system of thought, that includes an ideology but so much more. It is a complete view of existence...the universe, man's place in it, and how this applies to one's own life. Today's "woke-ism," or cultural marxism, is a worldview that promotes mental illness as the ideal and permanent state.  Consider:
This is just a sampling of the quite literally crazy characteristics of the "woke" worldview, enough to establish it as a Weltanshauung of madness.  It covers math, physics, biology, genetics, economics, and basic epistemology.  The ideological components are obvious.  Today's leftists, including much of the Democrat party, have lost their minds.  The things they believe and promote will, if fully implemented, destroy civilization.  Because these "woke" ideas are so surreal, it is hard for non-leftists to take seriously how dangerous this is... "no one could seriously believe this stuff."  But the ideas of the woke, unchecked, are the kinds of things that lead to violent purges and death camps.  My guess is that America has less than four years to defeat the left and end America's Cultural Revolution.
It should be noted that the leaders who push cultural marxism don't believe it.  It's simply a tool of control.  For example, the Gates Foundation can happily fund ethno-math, but rest assured that Microsoft expects its engineers to be able to get right answers.  (Umm...wait a minute. Are we sure? Given how Windows releases "work...")
The "woke" live in a paranoid fantasy world where everything is oppressive and must be dismantled, including reality. The real danger is that the "woke" are so detached from reality that they can be easily manipulated to accept all sorts of terrible things.  The "woke" are mentally ill.  They must be thought of and treated as such.  And woke-ism -- cultural marxism -- must be destroyed.*
-----------------------------------------------------------------------------------------------------------------------------
*As I emphasize in my History of Economic Thought classes, one can kill an idea, but ideas can always come back from the dead.  Eternal vigilance is thus the price of liberty.
Photo: A postmodern leftist.  From a WaPo article on the use of insane asylum imagery in Halloween haunted houses, and why such imagery violates wokeness and must stop.
// posted by Charles N. Steele @ 21:49 0 comments 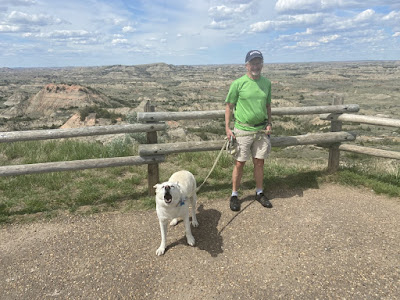 A correspondent writes, "Ferocious! Who is holding whom back?"

To which I reply, "No one is being held back. we are preparing to charge as a rope team."