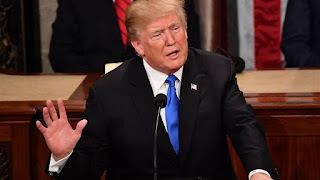 As the staff of Unforeseen Contingencies awaits the State of the Union address, "we" note there's a dispute concerning "guests" at the SOTU.  Some of the Democrats are bringing illegal aliens as "guests," and Rep Paul Gosar (R, AZ) is asking that the police arrest them as they go through security and their illegal status becomes evident.  This makes obvious sense; Congress should not tolerate wanton, flagrant flouting of the law.  Of course, some who don't care about the law, Paul Ryan and Jeff Flake, for example, disagree.

Question for those two gentlemen: when is it appropriate to permit criminal violations?  Is it just when your political opponents are trying to mock and humiliate the President of the United States, or do you have additional situations in mind where your personal fiat should trump the law.

"We" at Unforeseen Contingencies do disagree in one small detail with Rep. Gosar; "we" think the Capitol Police should also arrest Congressmen, Congresswomen, and Congressthings who facilitate this law-breaking.

The Blessings of Multiculturalism in Sweden

John Pepple suggests we put multiculturalism to the test in Sweden.  He suggests Sweden be used as the example to show what happens with massive muslim immigration into a Western country, using Sweden as a sacrificial lamb.  In fact, this appears to be happening.  Here's a report from U.K.'s Daily Mail detailing the growth of immigrant gangs armed with military weapons, increasing crime, no-go zones, and the usual denial from the "progressive" elite.  Read it, it's chilling.  But things have reached the point that Prime Minister Löfven is now contemplating use of the Swedish army as a last resort for imposing law and order.  (Note that this Reuters report carefully avoids mentioning who comprise the gangs.)

I asked Mattias Karlsson, leader of the Swedish Democrats - currently leading in the polls - why other politicians refuse to acknowledge the problems right in front of their eyes.

He explained that to accept there is a problem would mean accepting nearly 80 years of liberal thinking was wrong. That multiculturalism doesn't work, that mass immigration does not lead to integration, that Sweden has made a big mistake.

And from the Reuter's piece:

“People are shot to death in pizza restaurants, people are killed by hand grenades they find on the street,” Sweden Democrat leader Jimmie Akesson said in parliament on Wednesday.

“This is the new Sweden; the new, exciting dynamic, multicultural paradise that so many here in this assembly ... have fought to create for so many years,” he said sarcastically.

I can't imagine anything will actually be done.  Don't expect the army.  Current European governments are tied to (or by) political correctness and the dogma of multiculturalism.  It would take entirely different governments to make any serious change in policy.

Because you just can't get enough of North Korean girl rock groups doing instrumentals celebrating a nuclear attack on the United States, with snowmen on the stage, one in a Santa hat, for an audience of what appears to be middle-aged Party functionaries and some girls in traditional Korean dress.

Morabong Band performing Without a Break: 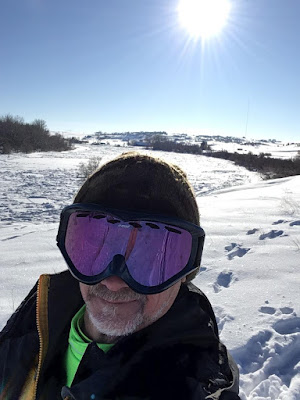 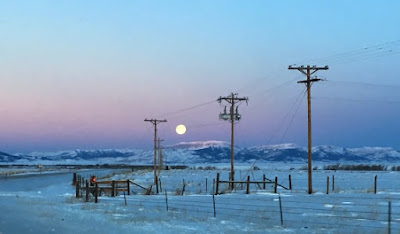 For those who, for church purposes, remain on the Julian calendar, January 7 (Gregorian) is Christmas Day.  "We" at Unforeseen Contingencies celebrate both Gregorian and Julian Christmas.  It's a holiday commemorating rescue and redemption, a very hopeful day.  Whether one is a believer or not, it's a good time to remember what a beautiful world we have, to be grateful for our time in it, and to dedicate ourselves to making the most of it.

The Unforeseen Contingencies racing crew is currently in Bozeman, Montana, preparing for tomorrow's FatAss 50K.  Whether any of us will actually cover 50 kilometers is questionable (it's a 5K trail out-and-back, one can run anywhere from one to ten of them and be a finisher) but it is certain we'll have an enjoyable time.