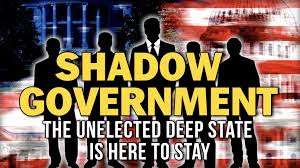 The American holiday, Thanksgiving, is a time to reflect and be grateful for all we have.  Simply to be alive is a gift, and to be alive in the 21st Century, a time with so much potential for advancing freedom, prosperity, and happiness, is a great thing.  President Trump gave a thoughtful Thanksgiving proclamation, well worth reading. One doesn't have to be American to reflect and celebrate.

I have a great deal for which to be thankful -- life, liberty, loved ones, opportunities, the beauty of the world that surrounds me.  I'll feature one example here.

Careful readers will have noted that I had hip surgery in August, 2 August to be exact, a full hip replacement needed because of degenerating cartilage in my left hip.  My surgeon, Karl Schultz, and his team did the same excellent work he'd done for me in 2008.  So too did Lisa M. and her team of physical therapists.  As a result, 87 days later, on October 28, I competed in the Bad Apple 12 Hour Ultramarathon at Klackle Orchards in Greenville, Michigan, and completed 36 miles in 11 hours and 30 minutes, my first ultra since surgery.

Bad Apple consists of 4 mile loops through apple orchards, pumpkin patches, woods, and fields.  It's extremely well-organized and a great deal of fun.  As I had not been running to speak of, I hiked most of it, running only the last two minutes as I approached the finish.  (Running felt great!)  I had no pain and no particular difficulty on the course, and could have done another lap (so long as 12 hours hasn't elapsed runners are allowed to start another lap) but 36 miles is 30 more than anything I'd done since May, so I happily stopped, having exceeded my expectations and not wanting to risk injury.  Canine companion Chaos did 16 miles with me, Julie did 20, and we all three received medals.  A good friend of ours, Loretta Tobolske-Horn, set the new women's course record at 68 miles.  She was a completely focused machine on the course, yet also seemed utterly relaxed mentally.  She was impressive to watch.

It's Thanksgiving, and today I am thankful for the dedication and ability of my surgeon and all the other MD's nurses, etc. who rebuilt and cared for me, for my PT's who trained me back into shape, and for my loves Julie and Chaos and my friends who encouraged me, and for the system and country that make these things possible, and for the universe and the grand architect of it all. 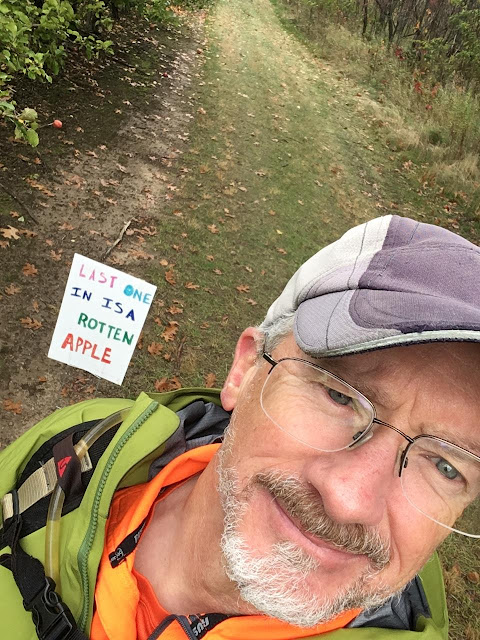 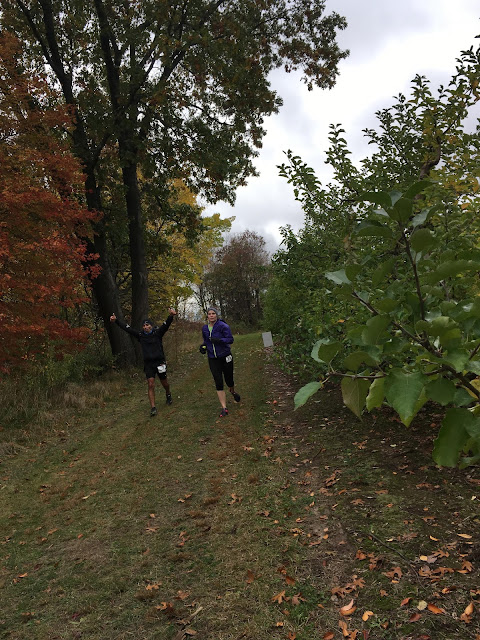 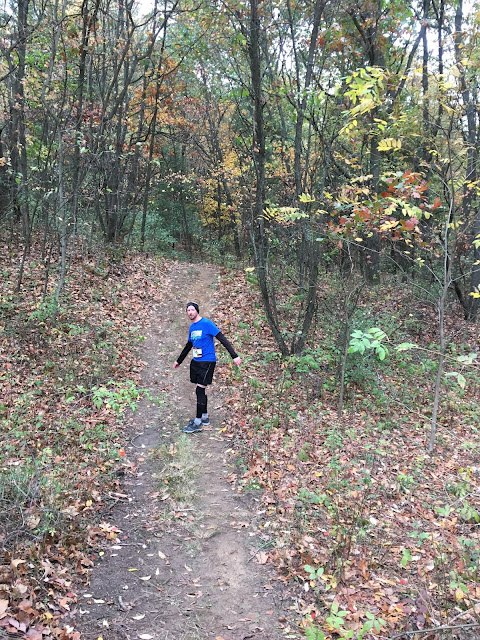 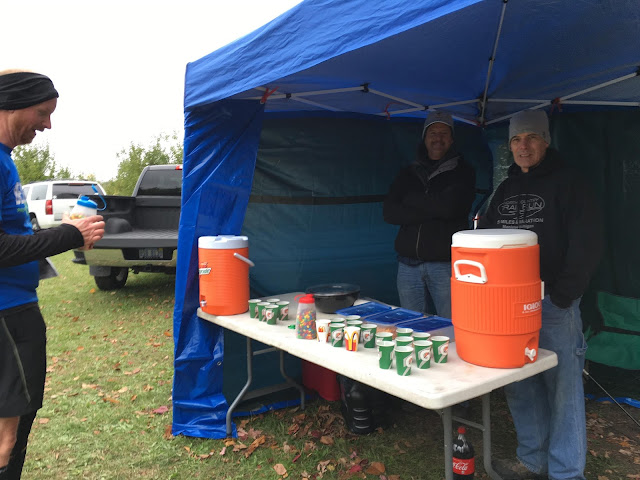 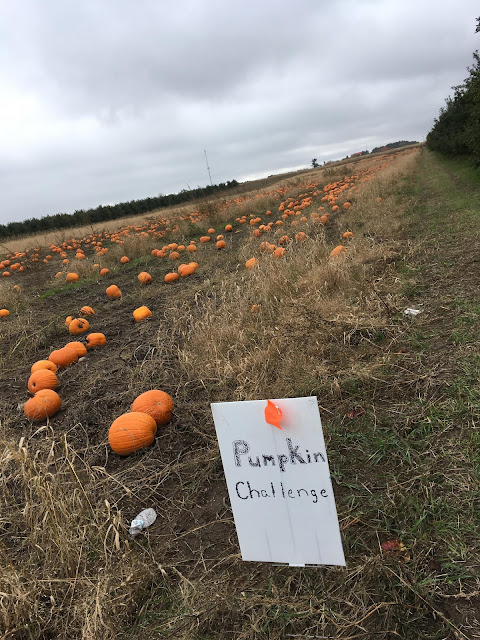 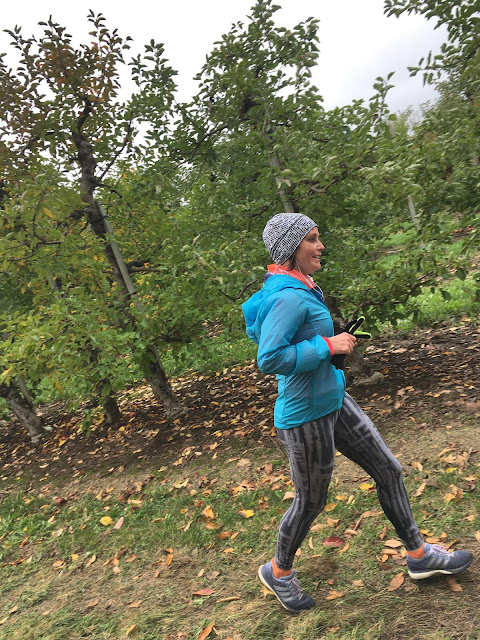 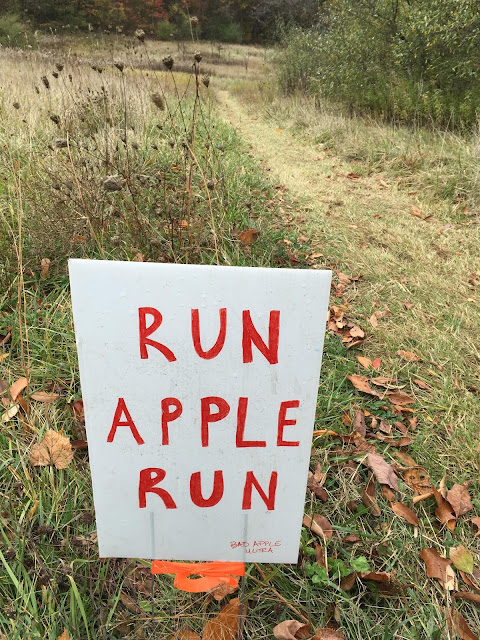 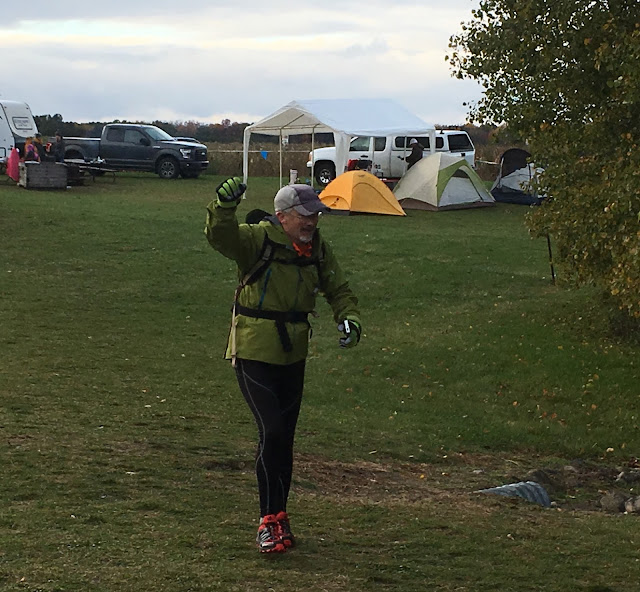 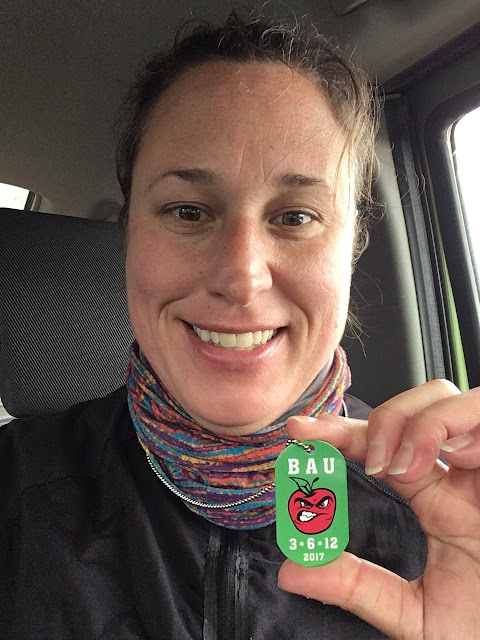 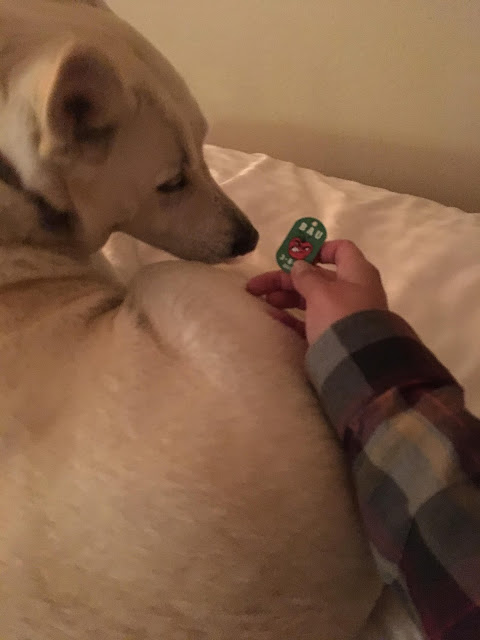 Chaos regards her medal: "run for the adventure, not the awards" 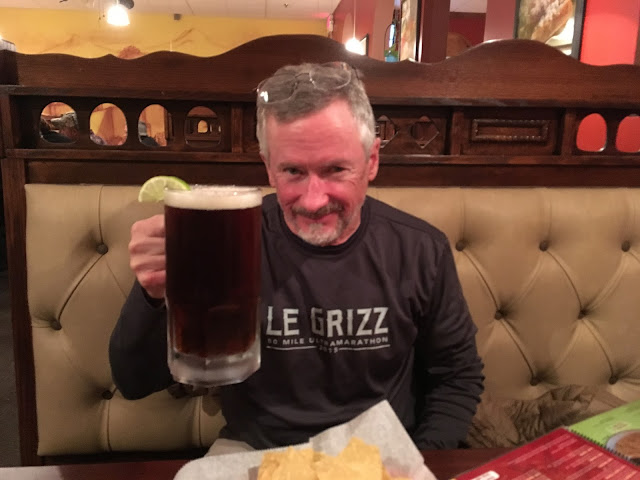