Betty Shelby, the police officer charged with first degree manslaughter for shooting Terence Crutcher, should be freed immediately, with all charges dropped.  This was a perfectly legitimate case of self defense.  Crutcher, who had a lengthy criminal record, behaved in a crazy and threatening manner, failed to respond to legitimate commands of police officers to cease, and in returning to his car and reaching inside was effectively making a death threat against Shelby and the others.

Here's an interesting video that explains.  Watch it, and try the viewer exercise on every run of the simulation.  It is eye-opening ad sobering.  Free Betty Shelby!

"Happy Election Year, everyone!  What a wonderful time, to see democracy in action!  What a wonderful slate of candidates, all so qualified, each with the highest of character and such great ideas that no matter who wins, it's a victory for America, for our liberty, for our happiness, and for our prosperity!"

Imagine if this were true.  What a great thing that would be.  But unfortunately, it's not true...it should be true, but the actual case is almost the exact opposite.  Four the top four parties -- Democrat, Republican, Libertarian, Green -- these are probably the very worst candidates they've run in my lifetime.  If one of these four wins, the country, and the world, loses.  As Jonah Goldberg says, no matter what happens, this election ends in tears.

"We" at Unforeseen Contingencies recognize that we've been slacking in our duties; this is a crux time, the public craves light and guidance, "how are we to make sense of the campaign chaos unfolding before out eyes?"  Well, we shall be lax no more.  Unforeseen Contingencies is proud to present "Candidates from Hell," a series of posts on the job-seekers running in this year's presidential election.

And who knows, if we go far enough down the list, we might even find some who aren't dreadful scoundrels!

First up among our menagerie of devils will be Gary Johnson and his demonic imp, William Weld.  Stay tuned! 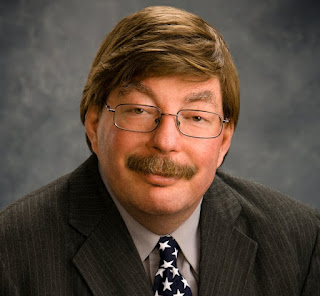 Mike Fellows, Chairman of the Montana Libertarian Party and candidate for U.S. House of Representatives, died in a car accident last night.  He was returning from a campaign appearance in Seeley Lake MT when he lost control of his vehicle, striking another.  He apparently was killed instantly.

I knew Mike from his first days as an LP activist.  This was in 1980, when Ed Clark was running for president on the LP ticket.  Mike and his brothers (and me and mine) worked to help get ballot status for the party, something it has been able to retain ever since...often because Mike was a perennial statewide candidate and received sufficient votes to keep the LP on the ballot.  (Take a look at this accounting of his unflagging efforts from The Missoulian.  He was tireless.) Mike was a real libertarian, not a phony.  I don't think he was the most eloquent spokesman, but he understood the principles very well and he never compromised.  He was also friendly, very relaxed, and soft spoken.  He was a good spokesman for liberty.

He died in the cause of liberty.  Thank you, Mike.

Reason has a good piece lamenting his loss. 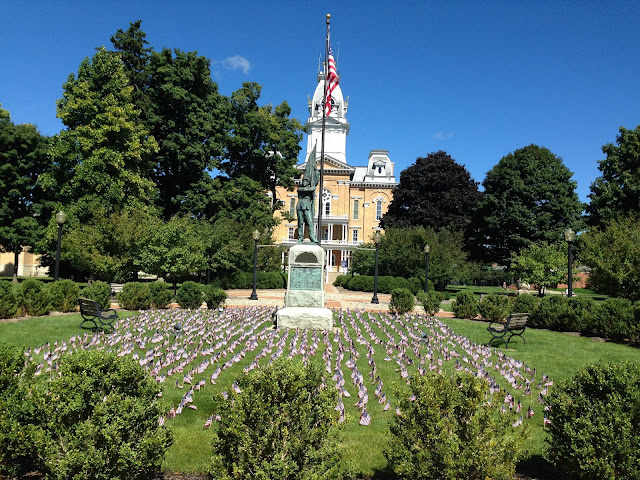 Today at Hillsdale College, a school where belief in freedom, respect for the lives of individuals, and love of the United States remain strong.  I took this photo during a 16 mile training run.