I'm unlikely to post anything more for the rest of the month, owing to rather more upcoming work and travel than I care to think about.  So I thought I'd close the month on a positive note.

Last May I promised to report on the commencement address given by Senator Ted Cruz at Hillsdale College.  It was -- hands down -- absolutely the best commencement address I've ever heard, and every other professor I asked said the same thing.  We desperately need many, many more people with principles and intelligence like what is shown in this address.  Instead of commenting on it, I've decided to post the text here, entirely without anyone's permission.  It's also available on the Hillsdale College website.  Read and be inspired.

The Miracle of Freedom

In 2012, Ted Cruz was elected as the 34th U.S. Senator from Texas. Prior to that, he served for five years as Solicitor General of Texas and was for five years a partner at one of the nation’s largest law firms. He has authored more than 80 U.S. Supreme Court briefs and argued 43 oral arguments, including nine before the U.S. Supreme Court. He has also served as Director of the Office of Policy Planning at the Federal Trade Commission and as Associate Deputy Attorney General at the U.S. Department of Justice. Senator Cruz graduated with honors from Princeton University and with high honors from Harvard Law School, and served as a law clerk to Chief Justice of the Supreme Court William Rehnquist.

Starting today, "we" will no longer follow the "DiLorenzo redaction rule," i.e. we'll no longer redact our place of employment.

This blog is entirely a personal endeavor so I've always taken pains not to list my place of employment.  In the time since I started this blog, I've had multiple employers plus a good deal of independent consulting work, and out of courtesy to my employers I keep my private musings separate from the my professional work.  But my places of employment have never really been a secret and I have indeed mentioned them occasionally.

This policy led to the most amusing comment I've ever heard about me, from Prof. Thomas DiLorenzo, and ever since I've kept myself entertained and my readers (I do indeed seem to have readers! still!) by following the Dilorenzo redaction rule.  But given what my next post will be, it's too much to keep redacting, and besides, I need some new description on my masthead.

But I'm preserving the previous one here, b/c these still are among my favorite comments. Thank you, Tom! Thank you, Walter!


"[S]omeone who "lives" in three states plus "the former Soviet Union." He sounds like he lives in his car and lists no place of employment! Prof. Thomas DiLorenzo

"I can’t say that I’m all that enamored of him." Prof. Walter Block 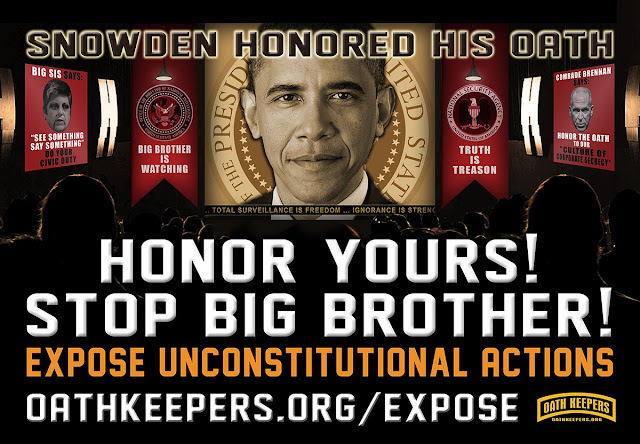 That's the charitable explanation.  After rodeo clown Tuffy Gessling wore an Obama mask at the Missouri State Fair Rodeo, NAACP has demanded that the Secret Service investigate this "threat" to Obama's safety, and that DoJ pursue a "hate crime" investigation.

According to NAACP, a rodeo clown wearing a mask constitutes a serious threat of violence against the president.  Either those who make up the NAACP leadership are astoundingly stupid, or -- the more likely explanation -- they are quite evil and vicious.  My guess is that it is that latter.  This is an example of the leftists posturing as anti-racists in order to destroy anyone and anything that challenges their rule, no matter how slightly.  Note that these liars claim it would be an outrage even if the president were "black, white, Hispanic, Latina*.."  Oh, really?  Then where were they when Bush 43 was repeatedly mocked and insulted by mask wearers?  Or for that matter, when a rodeo clown used a George H.W. Bush dummy as a target to distract a bull.  NAACP was silent.

They are liars and are simply trying to destroy anyone who even inadvertently casts the slightest shadow on Obama.  for the left, Obama is a deity.  He's god.  To challenge him is blasphemy.  Hence WaPo's take: this illustrates the nation's racial divide.  WaPo quotes a rancher in its story: "'I’ve got no respect for him,' said Virgil Henke, 65, a livestock farmer who explained his distaste for Obama with several falsehoods about his background: 'Why, he’s destroyed this country. How much freedom have we lost? I don’t care whether it’s a black man in office, but we have to have a true-blooded American. I think he is Muslim and trying to destroy the country, catering to the Muslim Brotherhood in Egypt.'”

What falsehoods?  Clearly Obama is a supporter of the Muslim Brotherhood.  Obama has certainly assaulted our freedom like no other president in history, and is pushing us towards a genuine dictatorship and police state.  Is Obama a Muslim?  Who knows?  The rancher posits this as a belief, not an established fact... and it's hardly one that has no supporting evidence.  But WaPo concludes it must simply be that any  criticism of Obama is evidence of racism.

The intellectual bankruptcy and dishonesty of the left -- as exhibited by NAACP and WaPo in this instance -- seems to know no bounds.  Mocking Obama is inherently racist, unlike mocking Reagan, Bush 41, Bush 43, or Romney.  Obama masks, unlike Reagan masks, Bush 41 masks, Bush 43 masks, Romney masks, etc. are inherently racist.

* (if "he" were "Latina?"  Maybe they really are mentally challenged).

I've been extremely busy with a variety of things, and blogging is rather low on the list at this point.  I ran the Elkhorn 50K (best ultrarunning performance I've had in years, I believe it was my second best time at this distance ever, and on the second toughest course I've ever run, no less).  I've also attended a reunion of cousins on my mother's side (really quite enjoyable, included encounters with bears and single malt scotch), traveled with Johanna and my mom to Glacier Park (encounters with martinis and various wild animals, esp. Chaos) and also been working like a maniac trying to get ready for fall classes and finish a paper or two...plus miscellaneous activities.

I hope to get back into regular blogging action in September, and will try to get in an occasional post in the interrm.