Some "happy" thoughts on the election 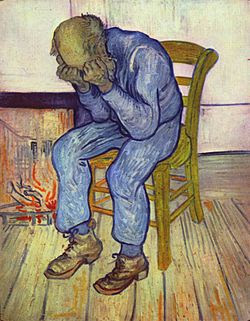 Little blog activity as I've been traveling, attending a Liberty Fund Conference in Utah, and now am about to depart eastward for the start of the fall semester. It's probably just as well that I'm not blogging much, as most of the news subjects of interest are depressing, e.g. the presidential election.  Here's a very depressing post...

Lets' see, what are our choices... a Fabian socialist incumbent who is working surreptitiously to disarm us or a Mormon whose "principles" seem almost infinitely flexible? I'll take Romney over Obama any day; if Obama gets another couple of Supreme Court appointees Heller will be overturned, which will lead to a catastrophe -- Americans won't peacefully surrender their arms the way the Brits and Australians did.  And yes, Romney has actually built businesses and created wealth, unlike the anti-capitalist-in-chief.  But Romney's foreign policies, policies toward homeland "security" and civil liberties, and coddling of financial mercantilists like Goldman Sachs will be indistinguishable from Obama's (and Bush 43's).  The Oligarchic Warfare-Welfare state will march on.  (I'm stupified by Democrats who argue for Obama as the peace candidate, or the candidate who will stand up to Wall Street financiers... these arguments are the "progressive" equivalent of young earth creationism and actually worse, since evolution is admittedly not an easy thing to understand.)

Of course, there actually is a good candidate for a change in Gary Johnson.  Imagine a president who is an ultrarunner and Ironman triathlete, who has summitted Mount Everest, is an experienced state governor, and most importantly, believes that the fundamental job of government is to protect each person's rights and realizes that government itself is the greatest threat to those rights.  No wonder he gets no air time... how could that message ever help the political class?

The tragedy for America is that we are heading for fiscal catastrophe, and nothing serious is likely to be done about it.  (See CBO's latest for details.)  Entitlement reform is going to happen; that is, entitlement cuts are inevitable.  It's simply a matter of whether we design them or wait for fiscal collapse.  Ed Dolan has a very nice discussion of these issues.

Paul Ryan understands this, which is a hopeful sign -- so maybe, just maybe if Romney wins there's a chance we'll see real action on getting fiscal problems under control.  But I do not expect it, for two reasons. First, the political class has no vested interest in solving this problem.  To the contrary, entitlements are the perfect ground on which to fight endlessly and demonize one's opponents, while actually fixing the mess will entail some short term hardship that  will be politically unpopular. (Cuts are inevitable.)  Second, the electorate seems fairly evenly divided between those who want more government and those who want less.  Any "fix" to anything is likely to be in jeopardy of repeal every four years or so.  This instability will make policy, and the country, inherently unstable.  (There's multicultural democracy at work for you!)  The populace will likely find it easier to fight over social issues than wonky fiscal ones -- and there's no way the culture wars can lead to any happy outcome.  (One of the strongest arguments for libertarianism is that it calls for a permanent armistice in culture wars.)

Ugh.  The frustrating this is that this is all unnecessary.  There's no inherent reason for this, other than the bad moral philosophy and economics guiding both left and right.

I'll be away from blogging until mid-September.  Here's hoping that by then some unforeseen contingency has made America's future much, much brighter.

I've been blogging little owing to a combination of unexpected travel and other obligations, plus a couple of days of internet outage (brought on, ironically, by local construction work on a high speed internet project).  Readers might have noted the large number of comments on my War on Gunowners post.  Much of this is from a discussion between "Post-Libertarian" and yours truly.

I've now gotten around to adding Post-Libertarian's blog to my links.  It's a largely a critique of bad libertarian argumentation and crackpot-ism masquerading as libertarianism, and it's an endeavor of which I greatly approve.  I think PL sometimes casts too broad a net and is overly harsh in some of her/his criticism (e.g. of FEE and -- especially -- of Cato) (Cato only gets the very slight and indirect treatment, admittedly) but the general objective is something that's increasingly important.

I particularly want to highlight PL's latest post, inspired by our exchange re Walter Block.  I criticized Block, while PL defended him.  Shortly thereafter PL contacted Block and, after an exchange with him, came to the same conclusion as I -- Block is just another LvMI loon.  The exchange is reproduced on the post and is worth a look for anyone interested in the Rockwell Fever Swamp, and for Unforeseen Contingencies groupies.  (Hahaha... in my wildest dreams!)

Incidentally, I take some issue with Block's claim that "Steele is a person who makes up very nasty stories about me without a shred of evidence."  I do not make up stories about Block.  Everything I recounted was based on direct personal contact with him and is true.  OTOH, I confess to not having a shred of evidence to back it up; I have no way of demonstrating the content of these conversations (how could one ever document the content of private conversations?)  So I've never supposed that anyone should take my word as some sort of final proof about Block -- especially if it is someone who doesn't know me.  But I'm often asked why, as a libertarian and Austrian, I don't associate with the Rockwellites and Mises Institute, and I post the "stories" by way of explanation.  Readers are welcome to believe or not, but I stand by them -- they are true.

Unforeseen Contingencies tips its metaphorical hat to Post-Libertarianism for making the effort to expose crackpotism and for its intellectual honesty.

On a different but not unrelated matter, in the comments section of my "War on Gunowners" post, PL takes exception to my references to empirical evidence on private ownership of firearms and crime rates.  The essence is captured in her/his comment:

[UC]"As the numbers of firearms in private hands increase, violent crime is falling"
[PL] But what if that weren't the case? What if in Ruritania the increase in arms is correlated with an increase in crime? Don't the Ruritanians still have the right to defend themselves? A Ruritanian fighting for gun rights will have a hard time using your article to defend his position.

Perhaps so, but this misses my point.  Gun control advocates incessantly make the claim that more guns mean more crime and fewer guns mean less crime.  This is an empirical claim.  It is false, and it is relevant to the debate to point it out.  It's also false that more gun control means fewer guns.  When gun control advocates make factually false assertions, it's certainly relevant to call them on it.  I particularly object to the campaign of lies and deception that tries to make it look as though private ownership of firearms has no positive side, and only results in an exponential growth of violence.  Both claims are demonstrably false.  Facts matter.

This isn't, I hasten to add, a call for "libertarian pragmatism," which usually means abandoning libertarian principles.  I won't say more at the moment about the role of empirical evidence in making arguments (there's a lot to say), but libertarians need to make more use of such, not less, and to do so very carefully and fairly.  I gather this is a big part of the message of Post-Libertarianism. 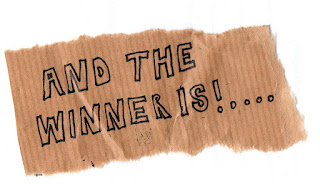 I've returned from backpacking in the Bob Marshall Wilderness (adventure report will follow at some point) to judge the UC Rothbard Challenge, as we're currently calling it.  It was a little difficult to judge the two entries, in that neither specified which category they were entering.  Both entries contained the correct calculation, and both addressed the "incommensurable units" argument.  I've decided to award Mike McDonald first prize in category 1, Hulsmann Theory, since he makes more comments on the issue, and while expressing doubt at the outset ends up sufficiently certain of his answer that he puts his squared money where his mouth is.  By default that leaves Chuck Grimmett as winner in category 2.  Chuck also began by formally stating his starting assumption (as good mathematicians are wont to do) defining 100c=$1, which I appreciate.  Well done to both!  (Each of you should get your mailing address to me; some sort of prizes will be awarded.  I believe you both know how to contact me.)

Both McDonald and Grimmett are exactly correct: 100c^2 = .01$^2.  The supposed anomaly comes when someone simply squares the numerical amounts, leaves the units untouched, and ends up with $1 in the left pocket and 1 cent in the right pocket.  (I regret to say I've seen a number of people with Ph.D.s make this error, to say nothing of a classroom of students.)  It's crucial to square the units, just as it is with, say, inches and feet (12 in = 1 ft, 144 in^2 = 1 ft^2).

"Hulsmann theory" (again, pp. 8-9) completely boggles all these issues.  I've pointed this out so much I feel like a stuck record (this is an allusion to an ancient technology), but I will make one more observation on Hulsmann's "Cardinality" argument.  In making his "meaningless of the units" argument, Hulsmann says the following (p. 9):

The same problem appears on the side of price ratios. The common view that
sees no difficulty in the comparison of price ratios is unwarranted. The problem
becomes obvious once we recall that prices are themselves ratios. A price is not
just “3 dollars” but rather “3 dollars / 1 hamburger.” Now consider the ratios of this
price with two other prices, say, “1 dollar / 1 banana” and “2 dollars / 1 coke.” The
ratio of the hamburger and the banana prices would be “3 bananas / 1 hamburgers,” and the ratio of the hamburger and the coke prices would be “3 cokes / 2
hamburgers.”


It is clear that we encounter here exactly the same problems as above in the
case of ratios of preference ranks (see Hülsmann 1996, chap. 6). The first problem
is to interpret the meaning of the different units. What does (banana / hamburger)
and (coke / hamburger) actually mean?


Wow!  Well, what does (dollar/hamburger) mean? The three textbooks I've used in teaching introductory microeconomics (Gwartney-Stroup, Steven Landsburg, John Taylor) all explain this within the first two or three chapters...this is the relative price of of a hamburger in terms of bananas.  It's a concept that's ubiquitous in economics.  Mises repeatedly makes use of it in Human Action, e.g. in his discussion of "autistic" action, in his discussion of the calculation argument, in discussing the price of money, and in an example of international trade and exchange rates.

Hulsmann and those who buy his line literally do not understand basic economics.