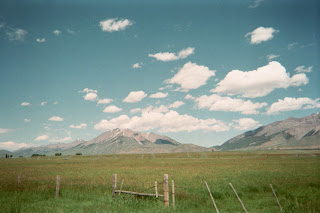 Let’s set aside the analysis of the depressing course of things governmental for a moment, and focus on something more pleasant. On 2 July I joined a friend and colleague, biology professor Dave Houghton, in an attempt on Borah Peak, Idaho's highest. At 3,837 metters/12,662 feet, it's a nontechnical but non-easy scramble. We were first on the mountain, and hit Chicken Out Ridge a little after dawn. Dave scrambled over it with little difficulty, but some leg weakness from last year's surgery gave me problems, mostly in downclimbing.

Dave crossed the snow bridge (so far as he could tell) and was confronted with a short and apparently quite steep snow slope that cliffed out after a 30 meter runout. Dave thought the better of continuing, as did a New Zealander and Australian who caught up with us. We all headed back down, but an ultrarunner from Reno came past us and did indeed summit. He afterwards reported that the apparent steepness was something of an optical illusion, and didn't seem so bad once he was on it.

Well, what the heck, we all survived and enjoyed ourselves. And as all of us agreed (including the climber from Reno), the lucky ones are those of us who didn't summit -- we have better excuses for returning soon. Dave and I may indeed make another attempt this summer.

Some photos... (All photo credits Unforeseen Contingencies. Click on each for full-sized version.) 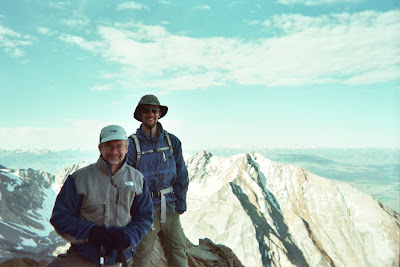 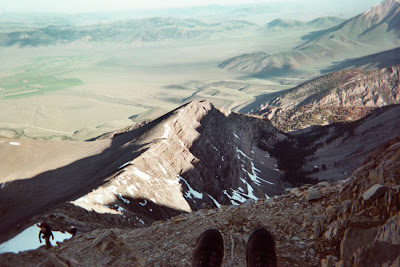 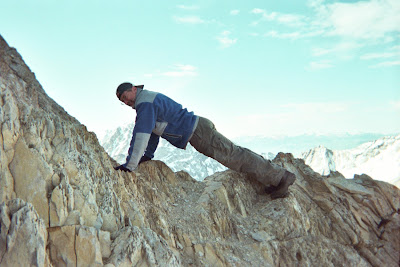 Pushups on Chicken Out 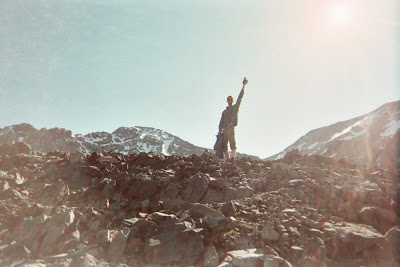 Trying to sort out all the details on Zelaya's failed coup in Honduras isn't easy, given the propaganda put out by the OAS, US government, UN, and similar outlets. But Tom Palmer provides some very thoughtful analysis and discussion.

As he puts it:

"Imagine that George Bush, Barack Obama, Bill Clinton, Ronald Reagan or some other American president had decided to overturn the Constitution so that he could stay in power beyond the constitutionally limited time. To do that, he orders a nationwide referendum that is not constitutionally authorized and blatantly illegal. The Federal Election Commission rules that it is illegal. The Supreme Court rules that it is illegal. The Congress votes to strip the president of his powers and, as members of Congress are not that good at overcoming the president’s personally loyal and handpicked bodyguards, they send police and military to arrest the president. Now, which party is guilty of leading a coup?"

Interestingly enough, our own president B.O. seems to be taking sides in this one (the wrong side) but still maintains his neutrality when it comes to the Iranian election, and for that matter North Korea's belligerence.

7 July update: The Independent Institute has a very nice summary & analysis by Alvaro Vargas Llosa that's worth reading. Elsewhere, I entered a minor brouhaha on Think Markets, responding to a post by Gene Callahan. Probably not worth reading, but mentioned here for the sake of completeness.

I certainly cannot understand why it is "propaganda" to note Obama's very uneven treatment of Honduras vs. Iran, North Korea, etc.