Should it really be necessary to have to defend laissez faire from the capitalists?

Classically Liberal comments on a piece from the Wall Street Journal by Cato’s David Boaz. Both are worth reading. The gist is that Starbucks might be classifying the term "laissez faire" as offensive, politically loaded, or otherwise too objectionable to be printed on its customizable customer cards...particularly bothersome to me, since socialist slogans are apparently just fine.

CLS provides a link to Starbucks customer service, so I went ahead and emailed them. I reproduce our exchange to date below. I’ll continue to pursue this, as I spend a substantial amount of money with them, and need to find out if this is a mistake.

Hello -- I would like to know why the expression laissez faire is considered as inappropriate by Starbucks, and banned from customized Starbucks cards? (David Boaz, Wall Street Journal, 7 April '08) This is particularly puzzling, since socialist slogans appear to be acceptable. If this is your policy, I request you reverse it. I'm a professional economist and regular Starbucks customer. I'll be happy to explain to you why laissez faire is always appropriate. I won't remain a customer if you ban the term.

Thank you for your interest in Starbucks Coffee Company and for taking the time to contact us regarding our Customized Starbucks Card personalization policy. We welcome questions and feedback from our customers at any time.

The Starbucks Customized Card program allows our customers literally thousands of ways to create a card that is unique to them. As with almost any personalization program, there are guidelines - which are published on our website - regarding what is allowed on the cards to help avoid content that could be ether offensive or illegal. This includes things such as threatening or derogatory remarks, overtly political commentary or trademarks (including the trademarked name Starbucks).

Every card is reviewed by our vendor to make sure it meets our policies, and if we unfortunately cannot approve a card, we contact the customer by email and do not charge them until they are able to complete their design.

Acting on feedback is essential to Starbucks continued success. If this does not happen, I realize that you and others may go elsewhere for your coffee needs. I assure you that Starbucks values your comments. Therefore, I shared your comments with our Starbucks Card leadership team for review.

Thanks again for your interest in Starbucks Coffee and for giving us the opportunity to address your concerns and improve our operations. If you have more specific questions not answered at the Starbucks site, please feel free to e-mail us at CardInfo@Starbucks.com or call any of our phone representatives at 800-STARBUC (782-7282).

What? Laissez faire is potentially threatening or illegal? Well, at least they realize their continued success depends on giving a good response to my feedback. I respond.

Thanks for the reply, Lisa, but you didn't answer my question.

Thank you for taking the time to reply to my message. Your questions and comments are valuable to us.

We apologize for any inconvenience regarding your inquiry. Please know that we do not discuss individual customer cards or the reasons they may or may not be declined. Starbucks appreciates customer feedback, and your comments have again been fowarded to our Starbucks Card leadership team.

Thank you again for your interest in Starbucks Coffee Company.

Not to be put off, finding Lisa rather pleasant to communicate with, and assured that Starbucks values my comments and questions, I write her back.

Thank you for the response.

Again, you didn't address my question. I did not ask about any individual customer card. I asked about company policy towards the phrase "laissez faire."

But instead of Lisa, I now hear from Keith D. I guess he’s a leader in the Starbucks Card leadership team. But apparently this is too big even for him.

Thank you for contacting Starbucks.com.

I apologize for any inconvenience experienced. Due to the nature of this Starbucks Card inquiry, it is necessary to call 800-STARBUCKS (800-782-7282) as soon as convenient and speak directly with a Customer Service Specialist. When you call, please reference Case # XXXXXXX.

Thanks again for your interest in Starbucks Coffee. If you have more specific questions not answered at the Starbucks site, please feel free to e-mail us at CardInfo@Starbucks.com or call any of our phone representatives at 800-STARBUC (1-800-782-7282).

OK, I will call. "Laissez faire" is a fundamental principle, and it's actually this, not so much Starbucks, I'm interested in. Free people and free markets depend on laissez faire. If it’s now considered objectionable by Starbucks, I want to hear why. And I will be happy to explain to them why their continued success, and the success of civilization, depends on laissez faire. 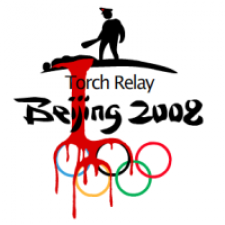 Let's take a quick break from economic issues and talk about something fun: sport.

The Summer Olympics, hosted by America's number 1 creditor in terms of new loans, will be underway soon. The Chinese government had an opportunity, with the awarding of the Olympics, to take big steps away from totalitarianism. Unfortunately, they chose to go the wrong way. Politicians around the world see China as "too big to irritate," and so are falling over themselves to excuse the Chinese government. Happily, non-politicians in London, Paris, and soon -
San Francisco - differ.

This is more important than it might seem. China is a model around the world for those who like the idea of strong economic growth and tight political control. Given the behavior of the Chinese government, at this point it would be good to see China humiliated by a failed Olympics (although a shame to see athletes keeling over from air pollution, and reporters arrested for reporting on things other than what the Chinese stage-managers offer.)

There is the argument, of course, that "sport and politics should be kept separate." In other words, "when we are playing, please don’t bother us with the news that our host is systematically torturing and murdering people and that our acquiescence furthers this." Ugh.

I’m also enjoying the argument that it’s a shame to spoil the beauty of the torch run with protests, since "[t]he Olympic torch is a symbol of sport and a symbol of cooperation between nations," as Lord Coe, organizer of the 2012 Olympics, puts it. Yes, what a shame to mar this beautiful tradition.

Of course, we've not gotten away from economic issues at all. Noted advocate of freedom and democracy George W. "Cheap loans from China will cover the deficit" Bush plans to attend the Olympics, including the opening ceremonies, which many suggest boycotting as a protest. And now that New Zealand has negotiated a free trade deal with China, PM Helen Clark is speaking out boldly on the importance of separating sport from mere individual rights.

If Western governments find the Chinese government's behavior acceptable, it is all the more important that citizens around the world keep freedom and sport together, and protest the Blood Olympics. 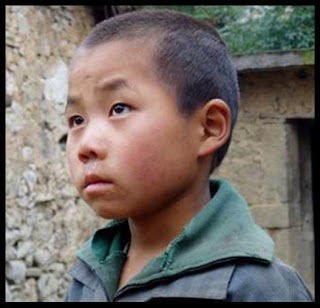 ...someone else is too small to matter.

Government has three ways of paying for its current expenditures. It can tax. It can borrow. It can inflate, creating money and spending it.

Taxation is theft, but it is the most honest of the three methods. It is direct, and the payers usually have a fairly good idea that they are paying, and how much.

Borrowing is paid for, ultimately by either taxation or inflation. (Default is simply a messy way to tax the lenders.)

Inflation is arguably the worst method of financing government expenditures, from the standpoint of the citizen, since it is not uniform and is correctly anticipated only in blackboard models, and hence destructive of capital and the smooth functioning of money. Inflation is economic poison, because it distorts relative prices and confuses everyone's buying and selling decisions.

The U.S. federal government depends on all three methods of financing. Since taxes do not cover our "generous" spending programs, we borrow, primarily from abroad, and we inflate, via the easy money policies of the Federal Reserve. Keep this in mind when you contemplate the Fed’s many bailout programs - purchases of loans that are basically in default - and the federal government’s "stimulus" programs.

Martin Wolf at the Financial Times has a particularly clear account of what the U.S. bailouts mean: the mistakes and losses of private lenders and borrowers are socialized, and become public property. Those of us who did not take on ARMs, either as borrowers or lenders, will pay a substantial portion of the cleanup bill.

I'm thinking now of UC reader Jeff, who me told a number of years back that his co-workers were all taking out ARMs. He was telling them they were insane, that they were signing contracts that they'd never be able to fulfill. I agreed. Stupid us. Now we get to pay. Every politician in sight now has a scheme for us (me, Jeff, and the rest of America that stayed out of unmanagable debt) to bail these idiots out. Great...more federal debt, and inflation, inflation, inflation.

But what does "bailout" mean in a country where the government itself is also in the red? And where the average citizen has negative savings, on net? Brad Setser argues, correctly, that a substantial portion of the burden falls on lenders to the U.S. government, i.e. foreign central banks... which means ultimately upon the poor citizens of emerging economies, such as the Chinese lad pictured here.

Sorry kid. If it's any consolation, they're screwing me too.

Setser's caveat, that some others argue that central bank exchange rate losses on the dollar are irrelevant so long as the external (read U.S.) purchasing power of the dollar doesn't fall, is beside the point, in my view. Inflation Ben will see to that.

The linked essays are worth reading.

We're in the midst of a classic "Austrian" business cycle. Unfortunately, Bernanke's Fed seems hell-bent on pushing us into what Mises called the "crack-up boom."

I'll be posting more soon on this issue.