Unforeseen Contingencies is back!

After something of a hiatus, "we're" back! Because of restrictions imposed by the overlords at google, "we" can't analyze our 2020 predictions nor make predictions for 2021. The evil overlords will not allow free discussions of the election nor of Wuhan flu, which is relevant, so that will have to wait until we have a new blog platform. But in the meantime, there's much we can say that doesn't fall yet under the purview of the big tech censors...yet. So... back in action. See our tribute to Rush Limbaugh (below). 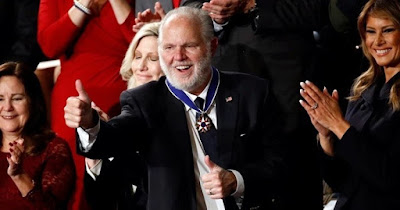 Rush Limbaugh, a true American hero, passed away in February. "We" here at Unforeseen Contingencies honor him and his memory in our first post of 2021.
I first heard Mr. Limbaugh in the early 1990's when I was a graduate student in my PhD program at NYU. I was surprised and pleased to hear a powerful voice for reason and liberty, and listened when I had the opportunity. I continued listening when I returned to Montana in the second half of the nineties. I was particularly impressed by his dissection of and campaign against the poisonous HillaryCare "reform" of health care. I think his exposure of its socialist nature was instrumental in defeating it; he galvanized public opinion against this governmental power grab.
I listened to Limbaugh over the years.  Sometimes i strongly disagreed with him, but more often than not I agreed.  I noticed that he was particularly astute at analyzing politics.  He understood motivations, strategies, and ulterior motives of politicians and the public remarkably well, and had a real knack for assessing events.  I learned a lot from him.  But even more important was his understanding of self-responsibility, self-esteem (<i>real</i> self-esteem, that which is earned), hard work, and the role of liberty in promoting success.  He championed these, and they are the American entrepreneurial values that make us and our country successful.
Limbaugh truly deserved the Medal of Freedom.  He did a great deal for freedom.  And he did it heroically.  Real heroism, as Robert Heinlein points out, is stepping up to do the high service at personal risk <i>when you don't have to.</i>  Rush Limbaugh was repeatedly and viciously smeared by the left and other opponents.  That hurts.  Limbaugh ignored the lies, libels, and slanders, and even played them in order to make a mockery of the left.  But it certainly wasn't easy for him.
I do recall multiple occasions where he would make a statement and then predict how it would be mis-reported -- i.e. lied about -- by government officials and by what he called the "drive-by media."  In every case I ever heard, he was exactly right.  He exposed the MSM as the frauds and idiot ideologues they are.
It is wonderful that we had Rush Limbaugh.  I'm sorry he's gone; it seems different without him.  But he inspired many of us, and we're following in his footsteps, promoting the truths he championed.
Thank you, Mr. Limbaugh, for all you did.  As one of my former students put it, you've passed us the torch, and we'll carry it on.
// posted by Charles N. Steele @ 20:42 0 comments

I thank Mr. Trump for being the best president of my lifetime.  He exceeded Reagan and Eisenhower in the good he accomplished.  Thank you, Mr. President!

Unforeseen Contingencies will be back, once we've secured ourselves from the tech totalitarians. 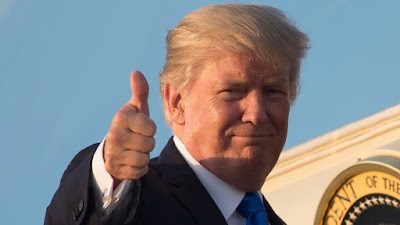 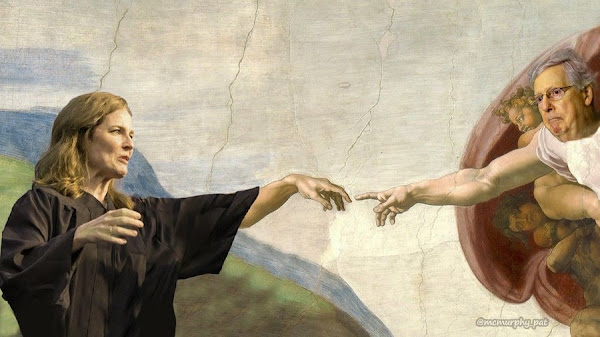