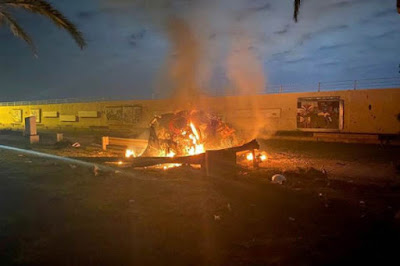 On 3 January the U.S. Air Force killed Qasem Soleimani and Abu Mahdi al-Muhandis, their aides, and their bodyguards.  Soleimani was the head of Iran's IRGC and Muhandis was head of Hezbollah in Iraq.  Both were evil, dangerous, and very much better dead than alive.  Happily, they are dead.

The strike ordered by President Donald Trump was brilliant in its effect.  The primary strategist behind Iran's military and terror operations around the world is dead, and so too the leader of one of Iran's leading Iranian proxies.  Both of these men were working for totalitarian domination of the world.  There was zero "collateral damage;" no innocent civilians or property were damaged.  This was one of the greatest libertarian military operations in history.  Let's repeat that: this was a libertarian operation.  It killed vile criminals who murdered many and attempted to impose totalitarianism, and no innocents were harmed.

Soleimani was behind many terrible acts -- Iran's wars in Morocco, Yemen, Iraq, Syria, and elsewhere, and their terroristic murders in Argentina, Bulgaria, Lebanon, and attempts in the United States e.g. attempted assassination of Saudi diplomats, cybersabotage of a dam upstream from New York City) and Western Europe (stockpiling explosives in England, attempts to assassinate attendees at a conference of Iranian opposition group MEK, assassinations and attempted assassinations in Denmark and Netherlands).

One of the best things about President Donald Trump's post-strike press conference was that he correctly identified Barack Obama as a supporter of Iranian terrorism.  Obama gave the Iranians billions of dollars, and his Secretary of State John Kerry stated "I think that some of it will end up in the hands of the IRGC or other entities, some of which are labeled terrorists."

In keeping with this, in America, Democrat Party members in Congress have come down strongly on the side of Iran.  This is a terrible thing, but they've made it clear they side with terrorists who wish to destroy the United States.  It's hard to see how the United States can be preserved without civil war... one the left apparently intends to start.

That's a terrible thing.  But Democrats are defending a man responsible for killing of hundreds of American soldiers.  That's insane, evil, and beyond belief.  The left seems hellbent on destroying America and Western Civilization.  The Dems ought to abandon the radical left, give up now, and admit they are defeated.  Give up.  Go home.  Find productive work, and you'll be fine.  Don't start a civil war, because you'll lose. 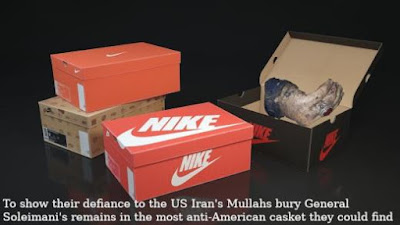