Note to advocates of gun control 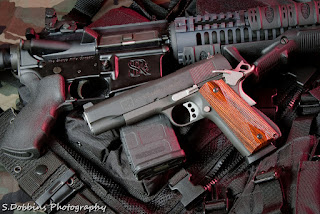 You are advocates of violence, and you should stop -- pull back from the brink to which you are heading.  You're "demanding" that I, and millions of people like me, surrender our rights and our property, because of your stupid ideas and your hatred of us.  I guess we're to assume the government will take care of us -- the way the FBI did when warned about the recent Florida high school murderer, or the Boston bombers, or the Fort Hood murderer... or the way the the Broward Country sheriff did?  (45 calls on the killer, including felony complaints).  And we're to trust you and the rest of the left and the government that if you could disarm us, you'd proceed to respect the remainder of our rights? Well, we don't.

Stripping people of their abilities to defend against criminals and tyrannical government will not lead to less violence, but more.  The venom and hate you spew against those of us who disagree with you shows what's in your soul.  It's violent.  You ought to be looking at yourselves, asking what you've become and asking if you really want to declare war on your fellow citizens.  No one would win a civil war, but you'd not come in first.

Photo: If you want peace, learn to use these and keep them ready.

Comments:
I think it would be better not to make the debate personal.

Yes, but what do you mean by that, Maya? To whom is it directed?

I've been labeled a "child killer," simply because I'm a member of the NRA and have been for years. And recently a Democrat candidate for a sheriff's office in Virginia spoke publicly about killing people who own guns so they could be pried from our "cold dead hands."

The left spews venom against its opponents. We're "racists, fascists, and deplorables" in their words. It would be better if they tried to stick to reason and facts, but demonization seems to the the order of the day for them.

I understand. But you post seems to address all gun control advocates.