Here's a last post for 2016.  According to "our" calculations, the forecasting team at Unforeseen Contingencies again scored 70% on our predictions for the year.  We also have predictions for 2017.  Expect full coverage of both stories in early 2017.

If we are to sum up the year, 2016 seems to have been a year of unforeseen contingencies -- the self-destruction of Hillary Clinton, the overwhelming Republican victories, and the hysteria of the American left are good examples.  The collapsing of the left in the United States and elsewhere is less surprising, but welcome. 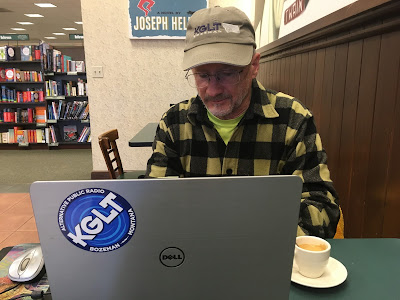 I very much like the idea of New Year’s resolutions.  The new calendar year offers a natural break, a time at the end of a year to look back and evaluate, and also to look ahead for the coming year and plan, perhaps with insights gained from reflecting on the past.  I occasionally come across complaints from those who dislike the idea, who think it “artificial,” or that the first day of the year is really “just another day.”  I don’t understand those sorts of arguments.  In this context, I don’t follow the supposed distinction between something being artificial and not.  New Year’s celebrations are of human origin, so in that sense I guess they are artificial or contrived, but do critics expect human institutions to be imposed on us, deterministically, by “nature, the laws of physics or something?  (Hah!)   Or is the first day of January “just another day,” an arbitrary break?  People who think that probably suppose a year could as easily be 142 days, or 442 days, or a day could be 2.4 rotations of the Earth on its axis.  I suppose such people are still trying to follow the ten month calendar from the French revolution, imagining themselves hard boiled realists.  Or more likely, they are simply people who don’t understand the crucial importance to being successful of goal-setting.

Perhaps there’s a problem with how some people approach resolutions.  If one makes a resolution, “I will do X in the coming year,” and then fails to develop a clear plan to accomplish X, never mind begin to execute that plan, then I suppose resolutions do seem a pointless gesture.  To make New Year’s resolutions, one should think carefully about one’s current position and what one wants for the future, consider carefully what it will take to get there, set clearly defined goals, lay out plans for how to achieve them, and then execute the steps of the plan.

In this light, I have a few resolutions for 2017.  These are resolutions that can be framed as specific goals rather than general resolutions.  I have others, but here are a few that I’ll share:

2. Summit Granite Peak.  This is the highest point in Montana.  I’ve made the approach to climb it four times, but always been turned back by bad weather or lack of time.  This year it’s a goal.

3. Backpack the length of the Continental Divide Trail in Montana.  Last summer Julie and I met three different people doing the entire CDT from Canada to Mexico.  I have too many other interests to do that now, but I do love the idea of an extended trek though the wilds of the Rockies.

4. Complete my research project on pipeline economics.  I haven’t blogged about this, but I have a very interesting project going and am quite excited about how it is developing.

That’s four.  I have a number of others, but they are not so much for public posting – not that there’s anything sensitive, but things related to reconnecting with friends, various personal improvement steps, and the like don’t make for very interesting posting nor do they lend themselves to being checked off as accomplished.  To me, resolutions should be about things we can do to make ourselves better people, things we can do to make the world better, and things we wish to accomplish simply because we’re passionate about them.  The above four fall into that last category.

I hope everyone reading this has plans for making the coming year a success.  May we all work to make the world a happier, freer, more prosperous, more peaceful place.

Once again, it is time for Unforeseen Contingencies winter migration westward to the Rockies.   I have not been blogging much because of workload, and am unlikely to blog much over Christmas break, but will certainly try to get in our annual Christmas messages (both Gregorian and Julian), review of last year's predictions for the year, and perhaps even New Year's predictions for 2017.  2016 seems to have been a year of unforeseen contingencies, and one "prediction" is that 2017 may be even more surprising.

If I had time, I'd comment on Trump's cabinet picks (Sessions, Mattis, DeVos, Pruitt, Kelly good, less excited about some of the others, especially Tillerson.  I'd also comment on Obama's surrender to Putin, the strategic maneuvers in the Middle East by Russia and Iran, China's belligerence, Islamic terror, and our crazy left.  And climate.  And energy.  And many other things.

Regardless, we'll be back.  Meanwhile, Merry Christmas and Happy Hanukkah to all.

Why do "libertarians" insist on being stupid?

I try to read Reason.com regularly.  Reason claims to be libertarian, but I have always supposed "libertarian" to mean "consistently promoting liberty."  Reason seems fairly consistent at promoting idiocy, and here's a fine example.  Cato Senior Fellow for Defense and Foreign Policy and Associate Professor of Something-or-Other at George Mason University's School of Policy, Government, and International Affairs Trevor Thrall warns that Donald Trump's "war on the media" is undermining the media's ability to  serve "as an effective forum for debate and deliberation."  You see, Trump calls the media biased and unfair.  He accuses the media of dishonesty.  He refuses to talk with them, preferring to go straight to his audience with tweets and such, rather than allowing the media to serve as an intermediary.  Horrors!

Dr.Thrall has a Ph.D. from MIT.  He must be intelligent.  He has to be informed on current events.  He surely can put 2 and 2 together.  So how to explain his nonsensical Reason piece?  Let's analyze.

1. What would lead anyone to think that the refusal of a president, or president-elect, to meet with the media would undermine the ability of the media to do its job in reporting?  Are journalists limited to repeating whatever the powers-that-be feed them?  Well, yes, I know, that's what they currently do (see point 2).  But an uncooperative, secretive executive doesn't actually prevent the media from doing its job.  Can't an MIT grad see this?

2. One can't undermine what doesn't exist, as one commenter observes (the comments on the Reason piece are merciless and on target).  The media is not an "institution" that promotes "debate and deliberation."  I couldn't find the link, but back in 2012 or so New York Times revealed that before publishing stories about the Obama administration, it gave the stories to said administration to "fact check."  Anyone who follows NYT, WaPo, NPR, and BBC regularly (as I do) knows they regularly promote progressivism and things farther left, and regularly attack (real) libertarianism and conservatism.  Walter Russell Mead, who is nominally lefty-liberal, acknowledges this.  For example, when was the last time that the MSM reported favorably, or even neutrally, on, say, private ownership of firearms?  Or when did they last report on the successful defensive use of firearms by a private citizen, a very common, dramatic, and newsworthy event?  Never.  I don't know of a first time.  That's systematic and intentional bias.  We could do the same with stories on environmental regulation, voter ID laws, and other issues.  Surely the MSM fairly reported on Obamacare -- and designer Jonathan Gruber's subsequent repeated statements that he intentionally designed it to be non-transparent so that he could rely on the stupidity of American voters (his words) to support it, didn't it?  Well, no. It's also well established that the MSM fed debate questions to Hillary Clinton, and also regularly obtained opposition research from the DNC to use in writing stories on Cruz and Trump.  The MSM often operates as a wing of the Democrat Party.  What are we to say of Thrall?  He must know all of this.  It's hardly secret.

3. Trump's behavior is neither new nor unusual.  Going straight to the public without the MSM to explain to us "what it all means" (as "All Things Considered" pledges to us they'll do) is perfectly sensible and traditional.  No one ever claimed FDR's "fireside chats" or Lincoln's speeches circumvented the free press.  And given the anti-Trump bias and hysteria in the MSM, this is possibly the only way we'll be able to hear what Trump is actually saying.  (I do remember the MSM lying about Romney while being completely unbiased regarding Barack Obama.)  But if Trump's sidestepping of the media really is a problem, as Professor Thrall suggests, then how is this new?  Hillary Clinton avoided press conferences for the entirety of her campaign.  Obama similarly stiffs the fawning press and is known for having a non-transparent administration.

There's nothing thoughtful about Prof. Thrall's piece.  It's either stupid or deeply dishonest.  Being charitable, I say he's being stupid.  Why he wrote this nonsense, I don't know.  I could conjecture, but I can't test them so why bother.  I do note, though, that many self-described" libertarians identify with the left and seem to think it's important to do so.

But everyone outside the left hates the media.  Many of us know that "journalists" lie when it suits them, that they are biased and don't care that they are, that they work with government officials to suppress truth (go look at the FOIAed records of Eric Holder coordinating with Media Matters to "spin" their story regarding "Fast and Furious").  Those of us who pay attention know how reporters Sharyl Atkisson and James Rosen were bugged by the Obama administration, apparently because they actually tried doing serious journalism that Obama and Co. disliked.  The MSM didn't give a hoot.  But now Thrall now thinks it's crisis that Trump correctly calls the media a pack of dishonest hacks and treats them with disdain?

Thrall is an idiot, a useful idiot for the leftist intelligentsia, perhaps, but certainly an idiot.  And that this nonsense passes Reason's tests for good analysis shows how far the modern "libertarian" intellectuals have fallen.

(Happily, most of the comments are nasty.  There still seem to be plenty of libertarians capable of critical thinking.)