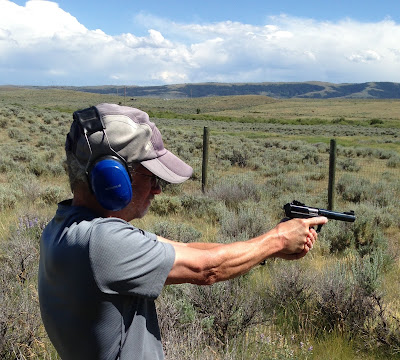 Two hundred forty years ago Britain’s American colonies declared their independence, and became the united States of America. The Declaration of Independence made clear their reasons for doing so and stated the foundation on which their subsequent governments were to be founded: the unalienable inherent rights of every individual. As the Declaration makes clear, these rights belong to each individual, they are prior to and superior to the power of any government. Governments are only just when they respect and defend the rights of the people, and just government governs only with the consent of the people.

These are modern, Enlightenment ideas. They were foreign to premoderns such as Aristotle, who never imagined the principle that each individual has a right to exist for his or her own sake. And they are certainly foreign to the anti-Enlightenment post-moderns – the progressives and the radical left – who are overtly and explicitly hostile to individual rights that constrain government. America’s current political class is comprised of the leadership of both political parties, the federal bureaucracy, most of the mainstream media, and much of academia, especially in the humanities, plus various others. This political class largely rejects inherent, unalienable individual rights and inherent limits on government power. This isn’t a partisan point; plenty of Republicans – Trump, McConnell, any Bush, and many others – follow a fundamentally progressive political philosophy. Today those who believe in the ideas of the Declaration are largely outside of the political class.

We hold these truths to be self-evident, that all men are created equal, that they are endowed by their Creator with certain unalienable Rights, that among these are Life, Liberty and the pursuit of Happiness.--That to secure these rights, Governments are instituted among Men, deriving their just powers from the consent of the governed, --That whenever any Form of Government becomes destructive of these ends, it is the Right of the People to alter or to abolish it, and to institute new Government, laying its foundation on such principles and organizing its powers in such form, as to them shall seem most likely to effect their Safety and Happiness.

Very famous words, and – at least among most Americans – not controversial. But I wonder how many really think about the meaning or take them seriously. A bit later we read:

But when a long train of abuses and usurpations, pursuing invariably the same Object evinces a design to reduce them under absolute Despotism, it is their right, it is their duty, to throw off such Government, and to provide new Guards for their future security.

"A duty? And isn't this potentially calling for violence?" Yes, of course. This is the most serious of matters. We hope it doesn't come to that, but if it does, it is the fault of those who would oppress.  Resisting tyranny is a duty. If you genuinely believe that, if it’s a principle you live by, then you are prepared to fight for liberty against those who would take it away, right? There are many people aghast at an American presidential election that may well offer us only a choice between two corrupt tyrant-wannabees. Many more are shocked at political leaders who – in America and other countries – who not only refuse to protect us against Muslims who wish to impose sharia on us, but blame us. Well, we cannot rely on the political class to defend liberty. The principles behind the Declaration are not part of their worldview, and they have little interest in defending them. And that means we have to do it. When I ask if you are prepared, I mean: are you prepared to resist and reverse the growth of tyranny, by any means necessary… choosing the means you think most effective, but by any means necessary? And are you working at it, so that this isn’t just Walter Mittyism in that you’re actually willing to submit at the first sign of a real threat from whomever has the temerity to try to oppress you and your family, friends, and neighbors? I hope the answer is yes.

Here’s Thomas Jefferson, author of the Declaration, again: …what country can preserve its liberties if their rulers are not warned from time to time that their people preserve the spirit of resistance? Let them take arms.

And here’s former slave Frederick Douglass: Those who profess to favor freedom, yet deprecate agitation, are men who want crops without plowing up the ground. They want rain without thunder and lightning. They want the ocean without the awful roar of its many waters. This struggle may be a moral one; or it may be a physical one; or it may be both moral and physical; but it must be a struggle. Power concedes nothing without a demand. It never did and it never will.

And here is the great libertarian, John Stuart Mill: War is an ugly thing, but not the ugliest of things. The decayed and degraded state of moral and patriotic feeling that thinks that nothing is worth war is much worse. The person who has nothing for which he is willing to fight, nothing which is more important than his own personal safety, is a miserable creature and has no chance of being free unless made and kept so by the exertions of better men than himself.

Every Fourth of July I reread the Declaration of Independence and reflect on it. I encourage all of my readers to do the same. And to all friends of liberty everywhere, happy American Independence Day.