The last 300 years: the anti-liberal enterprise 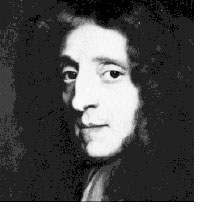 How to characterize the last 300 years of thought... at least, so far as political philosophy is concerned?

The entire staff of Unforeseen Contingencies agrees it is time to take a break from discussing the 2016 election, and return to matters more philosophical.  Today a friend of mine sent me an interesting historical essay on the rise of American fascism.  I don't know anything about the credentials of R.G. Price (the author), but you can read the piece here. (It is pretty good, and certainly interesting.)

I mostly won't comment on it, except for two points: first, the author's overall interpretation of the last 300 years of intellectual history, and second, the author's claim that the Holodomor (the famine suffered by Ukraine in 1932-33) is a fabrication of Nazi propagandists and William Randolph Hearst.

Regarding the Holodomor, the 1932-1933 famine in Ukraine was not a fiction concocted by Hearst or the Nazis.  As I pointed out to my friend, I lived in Ukraine, and the famine is remembered there – obviously none of my students experienced it, but they knew the family stories and spoke of it.  And it was discussed in public, in the media for example.  The facts weren't in question. Also, The Black Book of Communism, (Courtois et al.) Chapter 8, uses Soviet archival materials to document the famine. Robert Conquest's Harvest of Sorrow documents the famine with other materials.  And there are many other sources that document the 1932 famine.

But that's secondary.  What's all this about 300 years of intellectual history?  In a nutshell, Price argues that the Enlightenment gave rise to (classical) liberalism and capitalism.  This dominated the Western world until crises of capitalism gave rise to socialism (including communism), a reaction against capitalism.  In turn, Price sees fascism (including the American variant espoused by Woodrow Wilson and Franklin Roosevelt) as a reaction against socialism.

Close, but no cigar.  If the goal is to make sense of things, there's a much simpler and clearer interpretation of the last 300 years of thought.  Here it is.  All political movements after liberalism (libertarianism) are attempts to get rid of unalienable individual rights and return to rule by elites, to re-instate the equivalent of the divine right of kings.

Prior to the Enlightenment, the world was largely dominated by the idea that the king, or emperor, or czar, or chief, or tribal leader, reigned supreme.  Perhaps that's not exactly so; some hunter-gatherers might have had checks on the powers of the chiefs, but you wouldn't want to try explaining these checks to a European king, Russian Czar, Mughal, Chinese, or Japanese emperor, Turkish sultan, or Arab caliph.  The generally acknowledged proper order of things was that the ruler ruled, and everyone else obeyed.

The Enlightenment ruined this "natural order."  The Enlightenment project of applying reason to everything upset it.  Careful thought showed that the claims to authority made by those in power were merely hot air.  To the contrary, individuals have self-ownership; we aren't the property of leaders.  In particular, think of the work of John Locke in his Two Treatises on Government, and the implementation of his ideas by the American founding fathers in the Declaration of Independence and Constitution.  Similarly, the Enlightenment showed that a society based on recognizing and respecting individual rights to self ownership can function well, and in fact much better than one based on centralized power.  In particular, think of the work of Adam Smith, and his Theory of Moral Sentiments and Wealth of Nations.  All of this was the birth of liberalism, a.k.a. libertarianism.  It is, as some political scientists have pointed out, the only genuinely revolutionary idea developed in political philosophy in the last 2,000 years.

This idea is extremely important, it is liberating and -- for those who liked the old system, either because they want to rule or want to be ruled -- problematic and threatening.  Decentralized authority, personal autonomy, freedom of action for the individual, private property rights, free markets -- these are problems for those who would "govern," i.e. substitute their own judgment for that of others in matters pertaining to how those others should live.  Socialism, progressivism, fascism, islamism, some kinds of conservatism, and all the other illiberalisms, are simply reactions against (real) liberalism, attempts to get the genie back into the bottle and restore hierarchy instead of equality of rights, equality before the law.  In other words, socialism (including Marxism), fascism, Nazism, islamism, progressivism, and some forms of conservatism are all attempts to cancel individual rights and restore hierarchical power.  Some are democratic and allow "the people" to vote for the authoritarian leaders (as if voting gives one any real power) and some not -- but all are reactions against individual liberty, i.e. against private property rights applied to all and against free trading on the market as the central organizing principle of society.

This is the big picture of the last 300 years of intellectual history in matters political -- the battle of reason and liberalism against statism in all its forms.  I think it correctly and clearly identifies the fundamental issues.  I can't claim to have invented this analysis -- one can find these ideas in Mises, for example, and Bastiat even , although he predates many of the subsequent illiberalisms.  I've believed something along these lines for a very long time,  but fairly recently I saw this argument -- that   all political philosophies after liberalism (libertarianism) are attempts to get rid of unalienable individual rights and return to rule by elites -- explicitly stated by philosopher John Pepple, and he was citing science fiction writer Sarah Hoyt (I cannot currently find either piece, unfortunately).  I recently had the opportunity to ask noted economist and economic historian Deirdre McCloskey about this thesis, and she agreed that it really does describe political intellectual history since the Enlightenment.  In addition, it dovetails with her argument that the ethics of freedom and markets and personal responsibility -- the bourgeois virtues -- are what led to modern civilization, peace, and prosperity.

With respect to the analysis of R.G. Price mentioned at the outset, socialism was indeed a reaction against the free market individualism of classical liberalism, but so is fascism.  Fascism is very closely related to socialism, including Marxism.  Both are products of reaction against capitalism and against Lockeian individual rights, and both are products of Hegelianism.  It isn't surprising that Mussolini began as a Marxist, or that Hitler and other Nazi leaders observed that they found it easiest to recruit followers from Marxist ranks.  Similarly, note that American progressives have their intellectual roots in the German Historical School, which in turn has its roots in Hegelianism and in nationalist economics, both of which are reactions against reason, the Enlightenment, and the laissez-faire economics that emerged from these.  It's worth noting that prior to the free market doctrines developed by the Physiocrats, Smith, and the Classical economists, the dominant economic system was Mercantilism (in German, Kameralism), the system of rent-seeking and government favoritism that now goes by the misnomer "crony capitalism."  Also contra Price, the "crises of laissez-faire capitalism" (e.g. Great Depression) to which he attributes the rise of socialism were clearly crises of mercantilism, resulting from government interference in the free market.

Mercantilism, socialism, Marxism, fascism, progressivism, crony capitalism ... while they differ in exactly how society should be ruled, all agree that the elites ought to be doing it, and to hell with individual liberty, unalienable rights, strict respect for private property rights, and personal responsibility.  All would replace what Mises calls contractual organization with hierarchical organization, replace voluntary exchange as the fundamental rule in social organization with compulsion.

I think there are reasons why this anti-liberal enterprise will fail.  But that will have to wait for my post on the next 300 years.