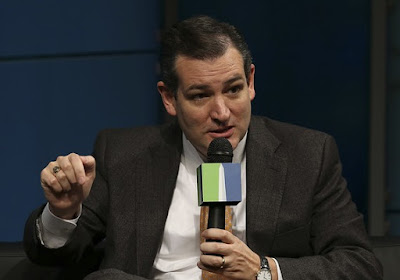 Once again, here are the annual Unforeseen Contingencies predictions for the coming year. The entire staff at UC has been hard at work on these. By “our” count, we scored 70% right on our 2015 predictions (analysis will follow before the end of January, we hope). We aim to exceed this score for 2016. A number of these deal with the 2016 election, so before reading be sure to read the previous post. Predictions are always conditional, and the set of events on which I’m conditioning are themselves sufficiently complex and in flux that predicting is fairly hard. But enough of this chatter. Here goes:

1. Hillary Clinton the Democrat nominee, but with potential criminal charges hanging over her head. The investigation will be stymied, and FBI officials will publicly state this. For a hit on this prediction, two things must happen: Clinton is nominated and FBI whistleblowers complain about official interference. (This one is easy, since the second thing has already happened once. It must happen again in 2016 for a hit.)

2. Dirty deal at the Republican convention. Cruz or Trump (or some other non-establishment candidate) will enter the convention as the leader, but the party leadership will attempt to push an establishment candidate, Bush or perhaps Ryan, possibly Kasich or even Romney, upon the electorate. I do not predict the outcome, just that the convention will be acrimonious and bitter over this, not triumphal. That’s really something, because Obama’s policies are unpopular and the Republicans ought to be celebrating the strong hand the Democrats have dealt them.

4. Meanwhile, a Mumbai-style attack by Islamists in the United States will result in at least 100 casualties, and race riots in at least one U.S. city that will exceed the damage done in Ferguson. (I’m making it harder on myself by making a joint prediction; both must occur for a hit. Each one has a strong probability attached. What else can you expect when the Obama administration strongly discourages investigation of Muslims suspected of links to Islamist groups, and when the mainstream media and Democrat party effectively endorse a movement – Black Lies Matter – that calls for race war.)

5. In response, there will be increasing grassroots activism in the U.S. that will be condemned by the political class (defined as politicians of both parties, bureaucrats, mainstream media, and academia – at least in the humanities). This activism will consist of things such as the Convention of States movement, Tea Party activism, conservative civil disobedience, and Americans continuing to arm themselves and otherwise prepare for the worst at rates that exceed 2015. (In November and December of 2014, firearm sales reached record highs. These records appear to have been easily broken in the same months of 2015.) It’s hard to state a single solid criterion for a hit, but this phenomenon will be of sufficiently great importance that I must place it on the list. In fact, I think it is the single most important development of 2016. If Clinton is elected, she’ll face formidable opposition. If Cruz or Trump is elected, the leftist project to remake America will be in disarray that far exceeds loss of the election.

6. OK, the election: Cruz, Trump, or any other non-establishment Republican beats Clinton beats Bush, Kasich, Christie, Rubio (who will prove to be more establishment than not), Ryan, Romney. When the base stays home, the Republican loses. If they turn out and bring with them independents disgusted with political correctness and Democrat insanity like catering to Black Lies Matter rioters and “Syrian” immigrants, the Republican wins. OK, OK, if I have to pick a winner, I’ll say Ted Cruz. See my previous post.

7. Chinese military forces will fire on a U.S. ship or aircraft. This article from National Interest explains the possible triggers of an Asian conflict and how they might be defused and peace preserved by careful American policy. But this would require a desire and strategic vision that the current administration lacks. As an aside, libertarians who want Pax Americana dismantled are stupid – the replacement will be a clash of civilizations, and all the participants will be anti-liberal authoritarians.

8. The Chinese and Russian economic crises will worsen. Meanwhile, the U.S. economy will not undergo a crisis and will appear, at least on paper, to be strengthening, at least until November 9. Not part of the prediction, but the respective presidents of all three countries will tighten their authoritarian rule in response to their economic situations.

9. Angela Merkel’s political career a shambles. As Germans wake up to the reality of what it means to take in one million mostly unemployable, inassimilable Muslims a year, her domestic political popularity will collapse. Externally, within the E.U. her de facto leadership will vanish, as the French, Italian, and now Spanish governments revolt against austerity and demand more subsidization from German taxpayers. I predict her political career will end, although she might get a spot in the U.N. or E.U. bureaucracies (or maybe even the U.S. Republican nomination in a brokered convention!) Note that her term runs until 2017, though, so this is not a prediction that she’ll leave office.

10. The discovery of extra-terrestrial life will be announced. This is a perpetual prediction of mine, and eventually I will get it right. But this past summer a noted scientist who studies this subject stated that he believes life will be discovered within the next ten years.

11. Wild Card prediction: After a brokered convention selects an establishment candidate for the GOP, Donald Trump runs as an independent. No one wins a majority of the electoral votes in the ensuing election, and the determination of the president goes to the House of Representatives. Wild enough for you?

There are other things I could predict. For example, Obama will be increasingly dictatorial in his last year in office (I hope it’s his last year… that would sure throw my predictions off!) which will further fuel the hatred of the Republican base for the Republican leadership when the leadership permits it to continue. Another would be that nothing will be done to stop or even slow the growth of America’s national debt. But predicting these is similar to predicting sunrise in the morning. So long as the world keeps turning, they’ll happen.