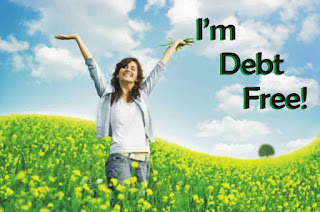 Debt is prominent in the news: Greece and the rest of the mess in the Eurozone, America's growing national debt, student loans, the infamous mortgage backed securities around the globe, China's current housing and stock market collapses... the list is long and mostly negative.  I think it would be instructive to give a little attention to borrowing (i.e. incurring debt) and whether it can be justified.  When, if ever, should one borrow?

The basic principle is simple: borrow to invest, do not borrow to consume.  Suppose some investment -- e.g. capital for a business, education and training, a road or bridge -- would generate an expected return of, for example, 5%.  Suppose further one can borrow at a lower rate, say, 3%.  In such case, borrowing for the investment is probably warranted; certainly it is sustainable.  One could indefinitely borrow under these conditions, so long as they last.  (Note, BTW, everything is in real terms -- adjusted for inflation -- and I am abstracting from considerations of discounting, i.e. time preference, as well as risk aversion.  None of these concerns change the basic principle here.)

Bottom line: Borrowing for investment can be justified if the investment has sufficient chance of paying for itself, including the cost of borrowing.

Well. what about borrowing for consumption that one otherwise could not afford?  In general, this is a terrible idea.  It can almost never be justified, and it is certainly not sustainable indefinitely.  If the borrower does not and won't have sufficient productivity or assets to pay off the debt, she/he/it becomes insolvent.  Imagine borrowing for an expensive vacation or an expensive house, knowing you'll likely never have enough to make the loan payments, or imagine a country, call it Greece, borrowing to pay for salaries for legions of unproductive bureaucrats, free health care, munitions, and retirement pensions.  None of them -- not the vacation loan, the home loan, nor the loan from the IMF or ECB -- finances anything that has a chance of ever earning a return that will pay off the loan.  If the borrower doesn't have sufficient productivity or assets, default ensues.  Borrowing at 5% to finance things that pay 0% (or anything less than 5%) is unsustainable and -- usually -- foolish.

These are very simple principles, but they seem to be entirely missed in much of the public discussion of debt.  Take student loans, for example.  It makes perfect sense to borrow for a college education in, say, chemical engineering.  People with bachelors degrees in Chem E have the highest starting salaries of any specialty in the U.S., near zero unemployment, and excellent prospects for growth.  If borrowing will help your future productivity to soar, borrow!  Contrast this with majors such as Queer Studies, Feminist Studies, or Islamophobia Studies.  While a few snake oil salespersons might make a killing with these disciplines, the average student would be ill-advised (i.e. damned stupid) to take out expensive loans to finance a major in such self-indulgence... this would be nothing but consumption, and of something that very possibly reduces one's future productivity by interfering with one's ability to think clearly.  (Digression: I confess that Islamophobia Studies doesn't yet seem to be a major anywhere in the U.S., but give it a year.)  (BTW, I recommend reading the first "Islamophobia" link carefully -- the editorial statement is so grammatically boggled it verges on being illiterate... quite funny!)

I've been careful to say that there are exceptions to the rule that one should never borrow to consume, i.e. for a purpose that doesn't pay for itself.  Why?  Suppose one finds oneself in a temporary shortfall.  Say, a person is unemployed, but knows that eventually they'll have good job prospects... borrowing for consumption makes sense in such a case.  I did it myself, just after receiving my Ph.D.  I had a period of two semesters with little income, but knew I would have a good paying position by the next year.  I survived largely on credit cards (plus a little consulting work and my elk hunting skills).  When I did begin working, I was able to pay off my debts from the year in less than a semester, and even began enjoying the game of seeing how much austerity I could impose on myself to get them cleared faster.

For a country in a crisis -- say, a war for survival, or a business cycle downturn,* it is arguable that the situation is similar -- borrowing to sustain non-productive consumption over the short term might be defensible.  But it certainly cannot be a way of life -- it is not sustainable.