Fourth of July Post: Memo to Supporters of Liberty 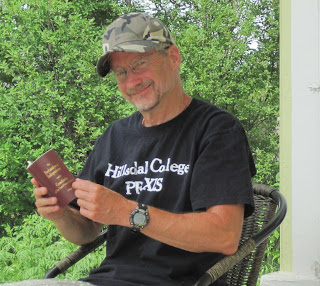 In the course of a discussion last year, a friend of mine who is a libertarian and well-known academic observed that he had gotten to the point where he no longer could admire America, and went on to name domestic suppression of civil liberties, endless ill-defined wars, and all the other crimes of a national "security" apparatus gone amok. I quickly objected.  Those are acts not of America but of the federal government, and the government is not the country. Even if many Americans foolishly acquiesce to the growing tyranny, many of us do not -- and it is us who really comprise America.  America was founded upon ideals, and in particular the recognition that all individuals have certain unalienable rights.  Corollaries are that governments are instituted to protect those rights, and also that if a government becomes destructive of these ends, it is our right to change it or even to send it to hell, if need be.  My friend was sufficiently convinced that he corrected his statement.

It's a crucially important point.  The ideal on which America was founded is absolutely necessary to the advance of civilization. It's also under obvious threat.  Today we face what a few years ago one might have called a creeping police state, but which at the moment seems is accelerating far too quickly to be anything like "creeping."  It's working on behalf of a system that would best be described as "mercantilism with socialist characteristics."  In this sense, our position today is similar to that faced by the Founders.  More importantly, our opponents have an ideology that holds that government, and in particular the rulers, are the source of authority, that the role of the individual is to serve that authority, and that individuals who balk at this are dangerous "anti-government" types, possibly "treasonous," and almost certainly a terrorist threat.  This ideology isn't so different from the one that held that the King was the sole source of authority and all subjects were obliged to obey whatever he and his ministers decreed.

America's present situation is dire, and if the behavior of the federal and many state governments is not checked and reversed we will have a genuine police state.  And despite any "good" intentions of the progressives for their "libertarian paternalism" (sic) (gag), it will include camps and prisons for dissenters -- the logic of the totalitarian mindset ("we know what's best for you") makes this inevitable, as Hayek made clear in The Road to Serfdom.

But "dire" is quite different from "hopeless," and one thing that the Austrian theory of entrepreneurship teaches us is that a crisis like this is an opportunity -- not an opportunity to manufacture an even worse crisis and then exploit it with a self-serving phony solution, as Rahm Emanuel, Barack Obama, and similar thugs do -- but an opportunity for discovering and enacting a solution that makes things better than they were before the problem arose.  In the decades following the Second World War, Americans were in general too happy and too comfortable to be interested in worrying about seriously checking the growth of the state, and the sphere of state power grew consistently.  That state of affairs no longer holds.  Increasing numbers of us are realizing how perilously close we are to losing our liberty: the Tea Party, the growing (small "l") libertarian movement, the conservative movement (that's the Constititutional conservatives, not the neocons who largely support the status quo), the enormous Second Amendment movement, and even aspects of the Occupy movement are evidence of this.

We're now in a cold war, fundamentally an intellectual and spiritual one, but one with the most serious physical consequences. We are fighting this primarily by means of speech and press and political action, at present, but it could become hot.  The political class is much more threatened than one would think from following the media, mainstream or otherwise.  The statists will fight back to protect and advance their positions, but would they fight physically?  Well, does anyone really believe the D.H.S. has amassed as much combat ammunition as the entire U.S. Army used in 2010 and is still acquiring more just as a cost saving measure?  (If you like that, you'll love the DHS training video prepping them for confiscating citizens' firearms, or the DHS work on a memo identifying people with Ron Paul bumper stickers as possible terrorist threats.)  Who knows what these people might be capable of.  No, it's not certain that the feds and other officials would come after us, but selected groups of them certainly do a strange amount of talking about it, they seem to have taken serious steps to prepare themselves for that eventuality.  So yes, it's entirely possible that "our" government would resort to violence to suppress political opposition.

But still, I often talk to people who are alarmed at what's happening but want to believe that it's really all just politics as usual.  After all, police states and totalitarian tyranny and re-education camps and such are so far removed from our experience (for most of us) that they have a sense of unreality about them ... "it can't happen here."  I get it and agree.  This is the same thing people said in the mid-1930's in Germany: people then expressed a sense of unreality at what was developing around them because most things still seemed so normal and familiar -- "this can't really be happening."   I too would like to believe it couldn't be happening here, but reality trumps our wishes.  It's happening.

It's easy to look at the current situation and become despondent.  This is a mistake. When the American Founders signed the Declaration of Independence, they were standing up against the greatest military power in the world, one whose forces greatly outnumbered them.  In that regard, our situation is in many respects vastly superior.  Our out-of-control government is by no means a monolith.  Not everyone within the federal administrative bureaucracy, or the Congress, or the federal courts is in willful violation of their Constitutional authority or seeks to render the Constitution a dead letter; the bad ones might well be a minority.  And it's hardly obvious that we, those of us who believe in individual liberty and strict limits on government (including, possibly, no government at all, a nod to my anarchist friends) are outnumbered.  We may well outnumber the committed statists, and we are hardly unarmed, should it ever come that.  We have a long tradition behind us, the real idea on which America was founded.  And unlike their system, our system works.  Our position is actually a strong one.

It doesn't matter how things are going at any particular moment.  We should simply diligently resist and undo tyranny, and set up new protections against it.  There's no point in regretting that things aren't better.  Just do what must be done.  When Dwight Eisenhower took command of the European Theater in 1942, the Axis was, he noted, undefeated everywhere, and superficially there seemed no reason to believe the Allies could win.  As Supreme Commander he established a rule he later described this way: "Any expression of defeatism or any failure to push ahead in confidence was instant cause for relief from duty, and all officers know it."  Avoiding defeatism and pushing ahead in confidence...this is a good policy for us to follow.

This July 4th is an ideal time for all of us, wherever in the world we might be, to affirm our devotion to liberty, and to mutually pledge to each other "our lives, our fortunes, and our sacred honor" in its defense.