Gun Control: The Best and the Worst 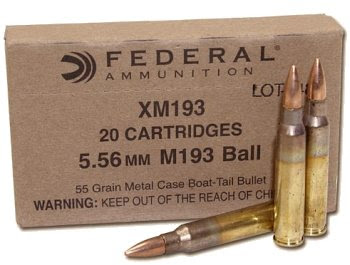 Happy New Year.  So far, it's been a very good one for "us" here at Unforeseen Contingencies, despite current events.  Perhaps more on that later.

It's unfortunate that there's a major drive for citizen disarmament (euphemistically known as "gun control") underway.  Anyone who still supposes this is all about the Newtown murders is an ignoramus.  The Union Journal's publishing of names and addresses of honest, law abiding gun owners is enough to show what it's really about -- it's about demonizing and disarming law-abiding American citizens, and about destroying the left's political opponents.  Absolutely nothing good can come of this.

Meanwhile, sales of guns and ammunition have skyrocketed so greatly that ammo is almost unavailable in places, and so too firearms, at least the ones most likely to be banned.  There are numerous examples from around the country, but my own experiment is interesting.  A few days before Christmas I visited two major stores in Billings MT; both had substantial supplies of .223, 5.56, and .45 ACP ammunition.  Cabela's had cases of a thousand, plus smaller lots, on the shelves.  Big R had two stacks of cases of 5.56mm ammo that were maybe 3x3x6 feet (i.e. about 4 cubic meters total), and were limiting customers to 10 20rd boxes apiece.  Cabela's also had a barrel full of individually packaged 30 rd PMAGS for sale.  I spoke to some customers and clerks; people were quite upset.  The general tenor was "good grief, Obama really is going to come after us!"  One guy said to me "I fought in the Korean War so we would never have to face communism at home. Now I find myself looking at ammunition and wondering what I would need if the Feds try to bust through my door.  We have a communist in the White House.  How could it come to this?"

I returned to both stores on 3 January.  All of Big R's 5.56 ammo is gone, sold out.  All of Cabela's was gone, but they'd managed to scrounge some 50 grain Federal .223 varmint ammo that was selling for 1.5 times what the cheapest 5.56 ammo had been selling for two weeks earlier.  All magazines holding more than 10 rounds were gone.  Most of the .45 ACP ammo was gone from both stores, although it was still available, again at higher prices.  The law of demand still works, I am happy to report!

This is happening all across the country.  Dear readers, do you suppose that this indicates Americans are planning on giving up their guns and ammo when Obama and Co. command it?  Ha ha ha.  The "law" of "command" may prove less robust than the law of demand.

But understand that it really is not a laughing matter.  If Obama gets his way, there will be violence directed against gun owners.  If Feinstein gets her way, there will be violence directed at gun owners.  There's no way at all that these plans could be put into "law" without killing honest Americans who refuse to surrender their unalienable rights.

I can't believe that Obama and Co. don't realize this.  Certainly there are those on the left already calling for killing gunowners.  Here's the worst of the op-eds I've seen in this regard, written by one Donald Kaul of Ann Arbor MI and published in the Des Moines Register.  Kaul proposes killing gunowners, designating the NRA a terrorist group, and executing John Boehner and Mitch McConnell by dragging them behind a pickup truck.  His piece was reprinted on another site where lefties praised him in the comments and one suggested razing the NRA headquarters.  But (hee hee ho ho) don't you know Kaul now says he really didn't mean it, it's just satire he now says?  Lefties can't believe the right doesn't "get" it.  Hee hee, what a bunch of unhip squares those rightwingers are...

And so if NAACP or some gay rights group were substituted for NRA, the left would also find that clever satire?  (Well, only if the gay rights group happened to be Pink Pistols or Log Cabin Republicans.)  Never mind what the left would think if someone wrote a "satire" proposing deadly violence for Obama and Biden; the DoJ and Secret Service would be on them instantly, and New York Times op-eds would be screaming that something must be done about the dangerous American right.

No, Kaul's piece isn't satire.  It's a hate-filled rant that gives voice to death threats that the left wants to make.  This isn't funny at all.  That the president hasn't spoken out strongly to condemn this kind of crap shows he's a worthless ass.  That he's trying to manipulate this mess to gain political power and crush political opposition shows he's an extremely ruthless man.  The American Republic, or what's left of it, is in real danger.  The left had better back down.  They are making existential threats; this is not just nasty campaign politics.  Nothing good can come of this if they persist.

I've also seen quite a number of very good pieces on these issues, but I think the best is this short note written by a law student at George Mason University, Brian Miller.  Miller quickly gets to the real issue.  This debate is all about power and responsibility, and the alternatives are that it be in the hands of a central planner -- a dictator -- or else spread among the people:

I would much rather power be spread out and in the hands of everyday citizens ...but that of course would require that we accept responsibility for such power.

Miller is right.  And that's why it is imperative that we not surrender to the left.