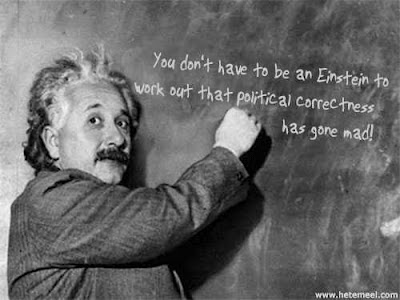 Readers occasionally suggest I'm getting overly excited about some issue I blog about.  I suppose my previous post on left-liberal political correctness vs. liberty is an example.  Just in case, here's a quick followup.  Is political correctness a genuine threat to liberty?  I think it is.

Elsewhere I've commented that President Obama's failure to defend free speech is dangerous, since the left-liberal establishment is piling on for political gain.  Well, we're now seeing the start of open, public calls from "reputable people" (or serious people, as Paul Krugman would call them) for "common sense" rules restricting free speech.

From  an American law scholar of international law  (Note his arguments carefully, and keep in mind he's considered one of the foremost experts in the world on these matters.)

From  another American academic at a major university

And the Whitehouse itself is seeking "backdoor" censorship.

I'm not over the top at all -- and that's very unfortunate.

Comments:
From the USA Today article:

"While the First Amendment right to free expression is important, it is also important to remember that other countries and cultures do not have to understand or respect our right."

It must come as great comfort to those millions of people living in these totalitarian regimes who crave respect for their freedoms, to know that their overlords - I'm sorry, "countries and cultures" - don't have to respect those rights.

I will say that it does comfort me to read the comments sections on those articles and see near 100% condemnation for the professors' ludicrous anti-freedom diatribes.

More importantly, rights must be respected by everybody. That's what makes them rights. If you don't have to respect it, then it's not a right.

Thanks for these comments. I fully agree.

Regarding the near 100% condemnation, I think Americans are generally still in favor of "First Amendment Absolutism." The left-liberals intelligentsia may well recognize already that it is working to govern against the will of the people. This doesn't seem to phase them.