Thoughts on the Fourth of July 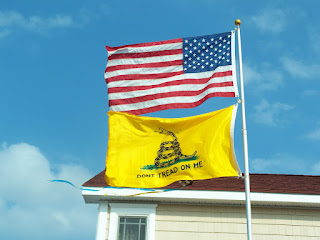 As "we" at Unforeseen Contingencies have pointed out in the past, this is a day to be celebrated by people everywhere who love liberty, not just Americans. It's the only holiday anywhere, to my knowledge, dedicated to the proposition that individuals are superior to governments, and that individual rights trump all other political goals. Or as America's Founders put it:

"We hold these truths to be self-evident, that all men are created equal, that they are endowed by their Creator with certain unalienable Rights, that among these are Life, Liberty and the pursuit of Happiness.--That to secure these rights, Governments are instituted among Men, deriving their just powers from the consent of the governed..."

This must seem a strange foreign philosophy to today's political class and their groupies, what with today's secret kill lists, economic czars, "tax" mandates to "nudge" us to conform to whatever the brilliant scheme of the day might be, fast furious attempts to demonize civilian firearm ownership, regulations upon regulations, promises of more and more government-granted "benefits" etc. The idea that today our government governs only by our consent is absurd on the face of it.

We're at the point now where it's a victory just to be able to say "when the government comes and takes your property" via a compliance order, "you have your right to your day in court to contest what government has done." That weak victory, Sackett v. EPA, is one of the bright notes from the recent SCOTUS decisions...and one of the Obama administration's 9-0 losses, incidentally. (Enjoy the Reason TV video below if you're unfamiliar with the case.)

Happily the EPA and Obama administration lost, but the doctrine that "civil servant is semantically equal to civil master" did not, and is still thriving.

Independence Day is a good day, then, to remind ourselves of the next lines of the Declaration... "That whenever any Form of Government becomes destructive of these ends, it is the Right of the People to alter or to abolish it, and to institute new Government, laying its foundation on such principles and organizing its powers in such form, as to them shall seem most likely to effect their Safety and Happiness."