"What the hell goes on here?" 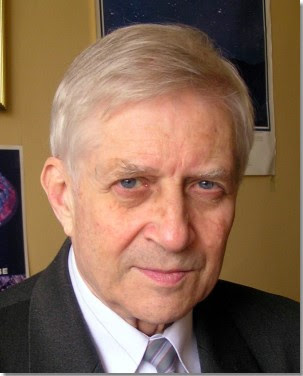 This supposedly is of one the two first things Josef Stalin learned to say in English. It's a good question, especially today.

What goes on here? Evolution, that’s what. Or so suggests Kardeshev theory.

I have blogged little of late, and the little that has appeared here is not up to standard, I think. In part, this blog has come to focus a little too much on current events, and trying to comment of the current world shenanigans has not seemed a very attractive proposition. Too much is happening, and too much of this too much seems very dark for liberty. The Iranian and North Korean nuclear programs advance. Afghanistan is a shambles. Europe is a financial mess. China seems to be on the rise (as well as enjoying the greatest real estate bubble in history). Israel is on the verge of war with its neighbors, who in fact fear Iran more than Israel but can’t admit it. Western Europe is bankrupt. The United States are simultaneously bankrupt and the world’s financial "safe haven." The Republican party and conservatism, destroyed forever in 2008, are now fully in charge, and the Democrats and Progressivism, the unstoppable wave of the future, are now destroyed forever … or at least until 2012. After Senator Mitch McConnell declared that replacing Barack Obama would be the primary goal of the Republicans, Mr. Obama has allied himself with the Republicans and lashed out at his Democrats. Dick Cheney is facing prosecution in Nigeria for corruption. (A nice irony, that.) And Wikileaks is preparing to make public everything that was ever said by everyone.

Trying to comment on all of these is a hopeless task. But as the year is winding to an end, I think it is a nice point for "us" to return to "our" roots.

"Unforeseen contingencies" well describes much of what has gone on of late. The financial mess and the quagmires in Afghanistan and Iraq do not surprise me. But it strikes me that currently the world situation is unusually unstable, unpredictable, and in flux. It’s always possible to make conditional predictions, but guessing at what tomorrow’s conditions will be, even roughly, seems essentially impossible. The unforeseen, unpredictable, unimagined, and unguessed at prevail.

There is a larger sense, though, in which none of this is a surprise. As I’ve mentioned before, as part of the USSR’s SETI program, astrophysicist Nikolai Kardeshev developed a classification system for civilizations, based on level of technological development. In the course of this, he also developed theory concerning necessary institutional underpinnings and transitions from one level to another. In the Kardeshev system, a Class I civilization is one that can control energy resources at the planetary level. He also argues that the transition to Class I is particularly difficult; it is fraught with difficulty as the species in question wrestles with new found power. It's a time when a proto-civilization is most tested: it has an enormous potential to make a sharp advance, and also is most vulnerable to self-destruction.

Our primary difficulty is that we are developing technology that puts us on the verge of Class I. But it's less clear that our institutions, formal and especially informal, have advanced as well. Our ethics remain mired in mysticism and faith. Our politics too often is based on the premise that our fellow humans are prey. And we’ve failed to absorb the lessons of our one genuine social science, economics, and have tended to substitute rent-seeking and party lines for it.

Advanced technology in the hands of mercantilists, rent seekers, religious fundamentalists, totalitarians, and anyone else who does not respect the rights of the individual is dangerous. Power in the hands of the malevolent (or the stupid) is a bad idea. Individual rights - property rights, properly understood - are the fundamental constraint by which we must bind ourselves if human civilization is to advance any further. Talk of an alternative model, such as a Chinese-style authoritarian market system, is claptrap. Perhaps something like this works for social insects, but not for a race of individuals.

"We" at Unforeseen Contingencies can’t guess how the near future will unfold. Kardeshev theory predicts rougher times ahead. Humans have evolved this far, and our belief is that we'll successfully make the transition to being a civilization. We'll see what we can say that might help. As ultrarunners, we recognize that even a tiny step forward counts. As aficionados of contingencies unforeseen, we'll enjoy the surprises as they unfold. It beats boredom.